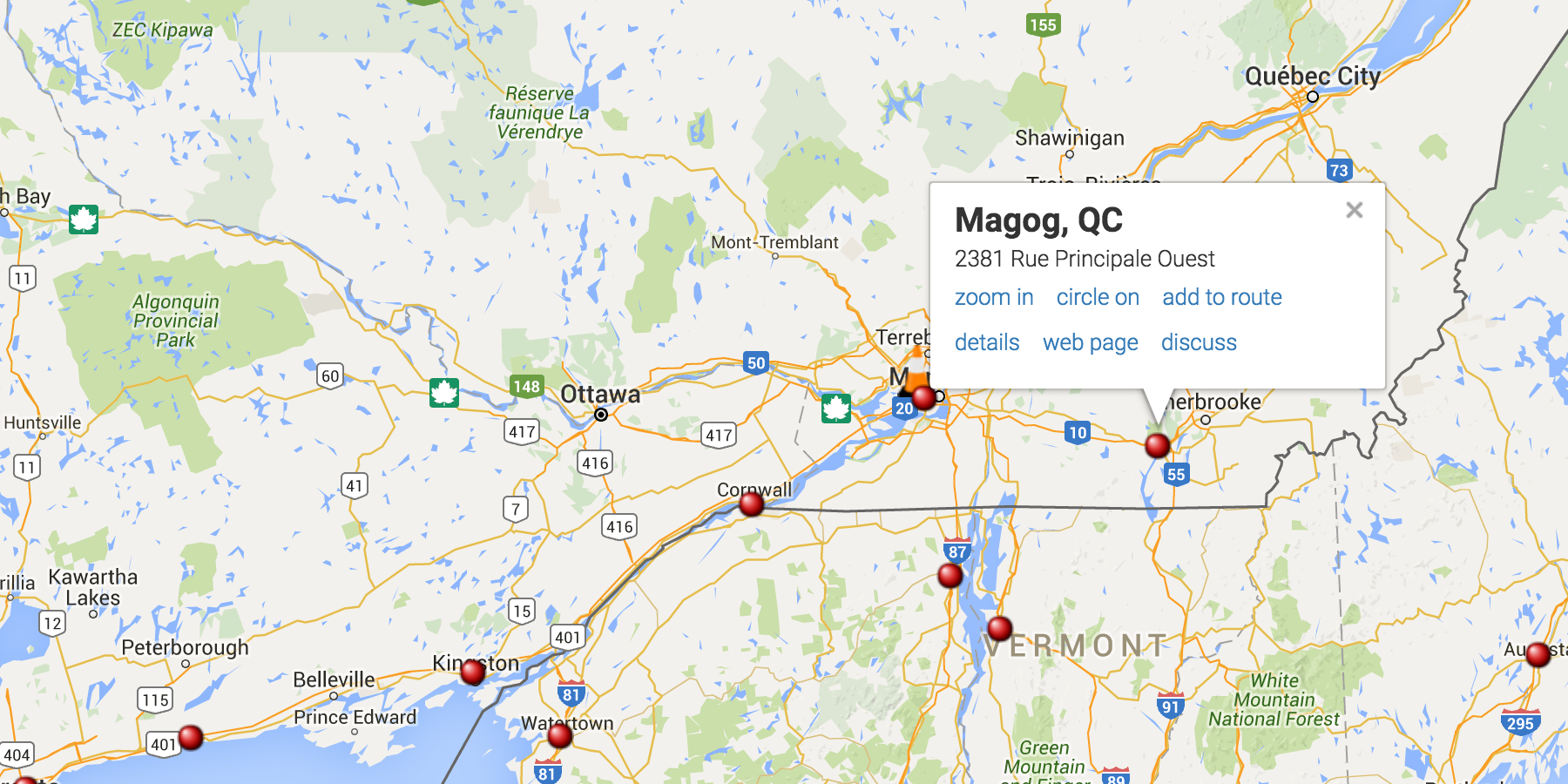 I recently complained about the inability to drive a Tesla direct from New York City up the Hudson River and to Montreal directly to the EV29 show, without going around Lake Champlain into Vermont. In the month since I complained, Tesla has opened up a Supercharger in Plattsburgh, NY near the Canadian border and it looks like another is being readied (image below via sheltz32tt) north of Albany in Queensbury near affluent Sarasota Springs. Now, I can move on to complaining about lighting up route 80 from New York to Cleveland thru Pennsylvania…

Tesla is also bolstering its Superchargers north of the border, today announcing another location in the heart of Montreal (Place Vertu Shopping Centre 3131 Cote Vertu Boulevard Montréal H4R 1Y8) and another in Magog (Carrefour Sante Globale 2381 Rue Principale Ouest Magog J1X 0J4) that will help Tesla owners in the Northeast US get to and from Quebec City.

Today, we announce the Grand Opening of two Tesla Superchargers in Montreal and Magog, Quebec. With summer travel heating up, the Magog Supercharger enables seamless road trips to summer vacation destinations for Montreal and Quebec based Tesla owners. The station is open 24/7 and free for all Tesla Model S and Model X drivers.

We’ve also been hearing some tips about a new texting service that Tesla is using to warn crowded supercharger users when their cars are full – much more on that soon.

Tesla the California-based carmaker of the award-winning Model S electric premium sedan and Model X SUV, is heavily investing in the expansion of its Eastern Canada Supercharger network.

Today, we announce the Grand Opening of two Tesla Superchargers in Montreal and Magog, Quebec. With summer travel heating up, the Magog Supercharger enables seamless road trips to summer vacation destinations for Montreal and Quebec based Tesla owners. The station is open 24/7 and free for all Tesla Model S and Model X drivers.

The Tesla Supercharger adds up to 200 km of range in as little as 20 minutes of charging. Superchargers are designed for city to city travel, allowing Tesla owners  to travel for about three hours, take a quick break, and get back on the road. Tesla currently has more than 600 Supercharger stations and over 3,000 connectors worldwide. A full map of these stations can be found here.

Tesla Superchargers allow Model S and Model X owners to travel for free between cities along well-traveled highways. The Tesla Supercharger is substantially more powerful than any charging technology to date, providing up to 120 kilowatts of power and nearly 200 km of range in 20 minutes.

Supercharger stations are strategically placed to allow owners to drive from station to station with minimal stops. Stations are located near amenities like roadside diners, cafes, and shopping centers so roadtrippers can stop for a quick meal and have their Model S and Model X charged by the time they’re done. 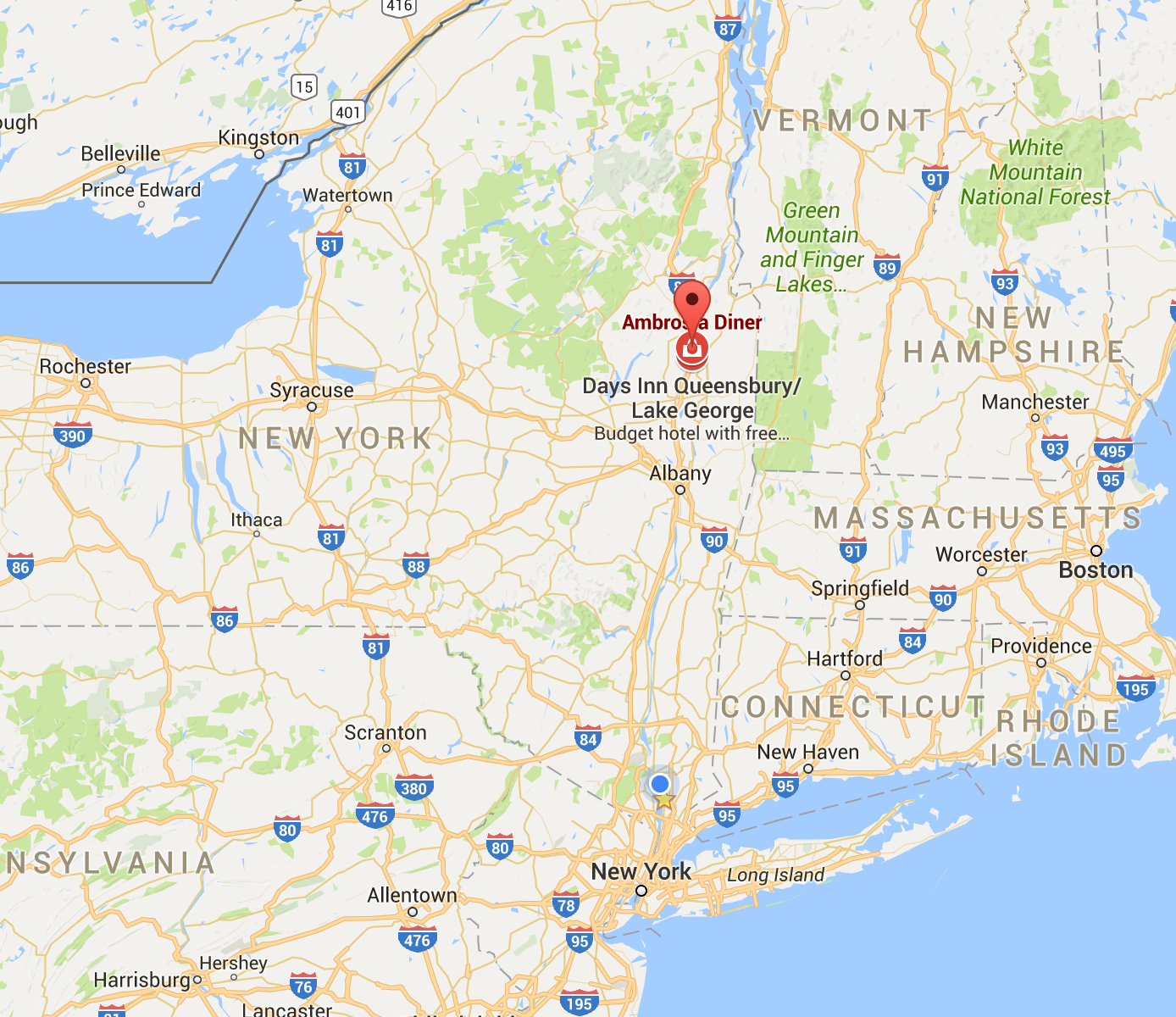