It looks like the Tesla Model X, the first all-electric SUV, is a popular vehicle to benchmark or reserve-engineer. Ford paid a ~$55,000 premium to own and likely reverse-engineer the vehicle, while Audi was among the firsts to import the vehicle in Europe, which caused a problem when the German automaker realized it couldn’t charge the vehicle with the European standard.

Now it looks like another competitor is using the vehicle, but this time right in Tesla’s backyard.

A Tesla Model X was spotted at NEXTEV’s San Jose offices. The people at Enterprise Garage, a consultancy firm, stumbled up the vehicle while playing Pokemon Go. They explain in a blog post:

“Chinese electric car startup NextEV is opening a facility in San Jose in California. While playing Pokémon Go in my neighborhood, I stumbled by the facility that is still under remodeling, but the big company letters are already on the building on 3200 North First Street. As you can see from the image that I took there is a Tesla Model X parked in front of the entrance.”

Here’s the picture in question via Enterprise Garage : 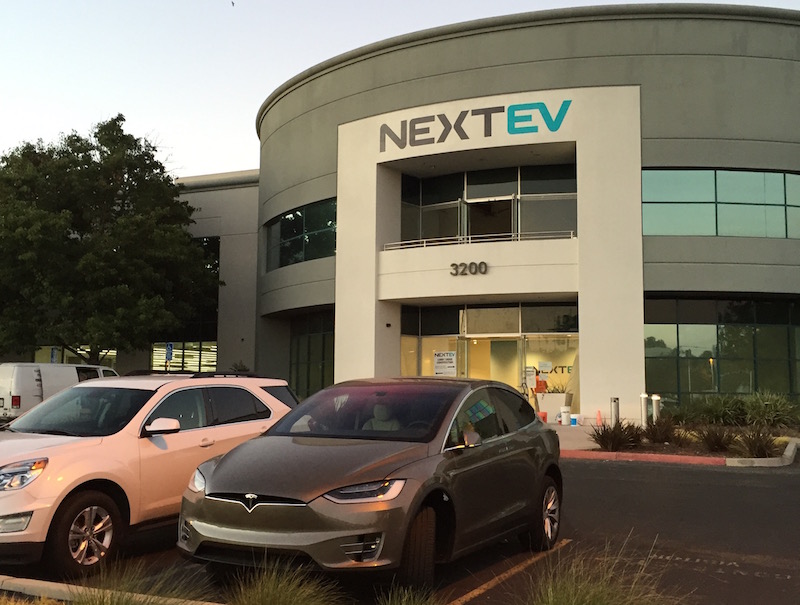 NEXTEV was founded by William Li, the founder of Chinese website Bitauto, and it is heavily financed by investment funds Sequoia Capital and Tencent Holdings. It reportedly already raised over $500 million in less than 2 years since its inception.

The company is planning to use a similar strategy as Tesla and release increasingly cheaper vehicles starting with a supercar, which should be unveiled by the end of the year. The startup is primarily based in China, but it has a significant R&D presence in California.

We also reported last month that the company hired one of the early members of Tesla’s Autopilot team, Kurt Thywissen, as Senior Director of Human Machine Interaction.