Earlier this week, Germany’s Federal Office for Motor Vehicles (KBA) made Tesla owners nervous in Europe after it said that it wouldn’t approve a feature on the roads if it is described as ‘Beta’ following the debate over the use of the word to describe Tesla’s Autopilot features.

But Tesla gained European approval for the Autopilot system in the Netherlands, not in Germany, and the authority in the country is now saying that “no safety concerns” were found in the system, but they will be following the NHTSA evaluation in the US.

After KBA said that a ‘beta-phase’ could mean ‘an incomplete status of the software’, Tesla CEO Elon Musk took to Twitter to explain that the word “beta” is not used in the “standard sense” of the word when it comes to the Autopilot, but to make sure drivers “don’t get comfortable” with the system.

German publication Spiegel has since reached out to Hans Lammers, who is responsible for vehicle registrations and monitoring by the public authority (RDW) in the Netherlands. He said that there’s nothing wrong with the Autopilot as long as it is considered a driver assist system and not a self-driving system:

“We think there is nothing wrong with the system. If it is used correctly. As regards to the function, there is no difference to systems that are approved for other manufacturers.”

Lammers appears to be OK with Tesla’s Autopilot as long as it is made clear that it is a semi-autonomous driver assist system and not a self-driving car. Tesla never presented it as such, but they also made assertions that the system could enable hands-free driving on highways – though Tesla has always emphatically recommended keeping your hands on the wheel and that the driver be ready to take control at all times.

On the other hand, Mercedes Benz has recently started advertising its own semi-autonomous driver assist system, which is not unlike Tesla’s Autopilot, as a self-driving car (via Reddit): 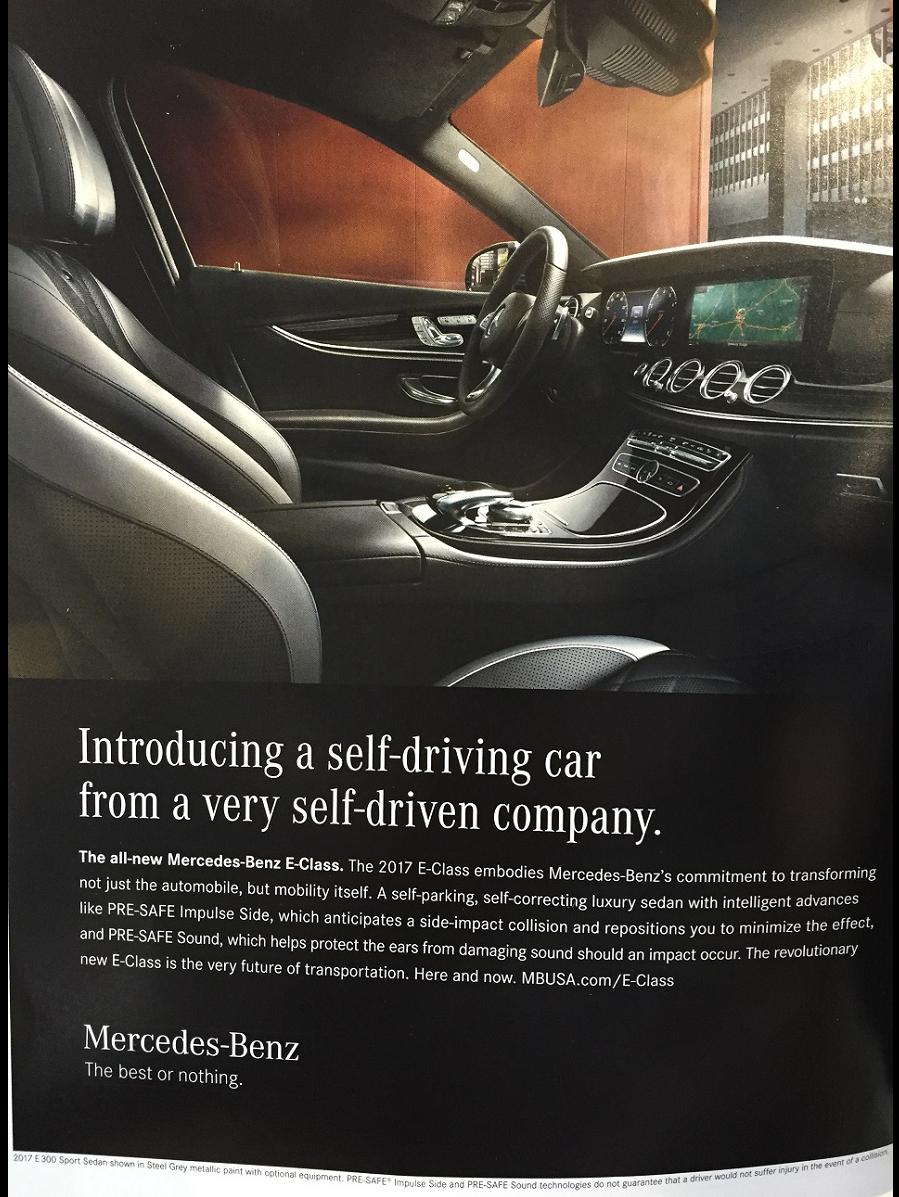 This type of advertising could be problematic since the Mercedes E-Class is obviously not a self-driving car, but like Tesla’s Autopilot, it offers features like self-parking, self-steering on highways and active cruise control.