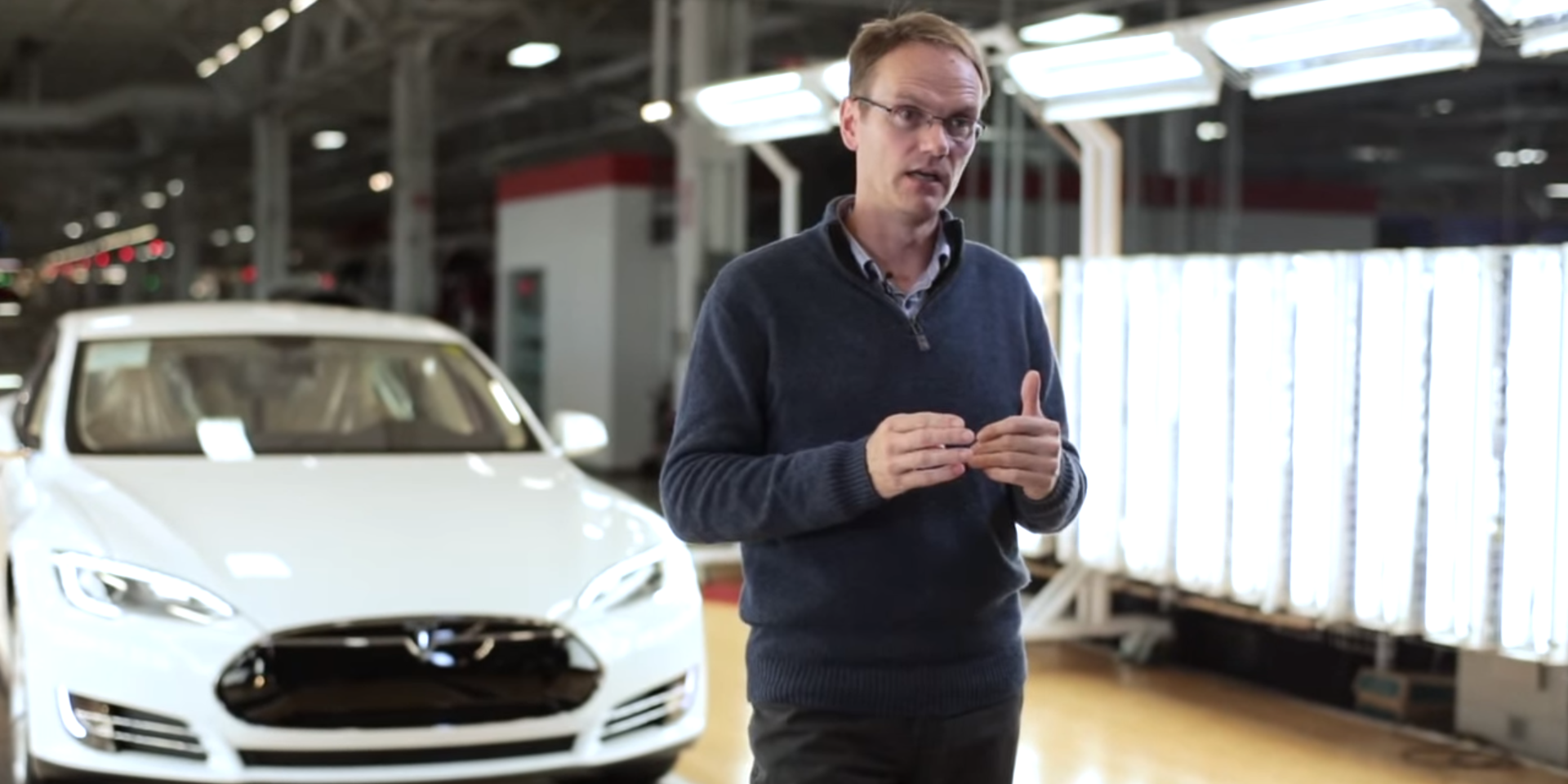 Electrek, in collaboration with our sister-site 9to5Mac, has exclusively discovered and confirmed respectively that Apple hired former Tesla Vice President of Vehicle Engineering and former Aston Martin Chief Engineer, Chris Porritt, to work on “special projects”, and we know that “special projects” is where Apple’s Titan car project lives.

Coincidentally (or not), a recent report claimed that Steve Zadesky, the Apple executive believed to be leading Project Titan, left the company earlier this year.

If Zadesky indeed left the company, it would make newly hired Porritt Apple’s most senior “car guy” and a likely candidate to lead the Cupertino company’s electric car initiative. While his expertise could be useful in plenty of hardware engineering roles, he had a focus on vehicle dynamics, vehicle architecture and vehicle packaging throughout his long career.

Before moving to Silicon Valley, Porritt was a key engineer in the UK automotive industry. He started as an intern at Land Rover in 1987 and rose to the role of Principal Engineer in Vehicle Dynamics by 1997. The engineer then went to work for Aston Martin where he held a Chief Engineer role until 2013, when he joined Tesla as Vice President of Vehicle Engineering.

At Aston Martin, Porritt was credited with making some of the company’s most iconic vehicles in recent years, including the One-77 supercar, V12 Zagato and Aston Martin DB9.

Jony Ive, Apple’s Chief Design Officer, is known to have a weak spot for Aston Martin and he reportedly owned a few of their models.

At Tesla, Porritt reportedly worked on both the Model S and X platforms, as well as the Model 3 chassis.

Giving some weight to Musk’s half-jokingly ‘Tesla Graveyard’ claim, we can confirm that Porritt didn’t make a direct transition from Tesla to Apple, but there was a few months between him leaving the electric automaker and joining the Cupertino company.

Update: A Tesla spokesperson clarified the timeline and confirmed to us that Porritt left the automaker in “September 2015”.

When hiring the engineer in 2013, Tesla issued a press release and Musk commented:

“Tesla is a hardcore technology company, which means that anyone leading a team of engineers must be an outstanding engineer themself, as well as a good leader. Chris demonstrated exactly that in his prior role at Aston Martin, creating in the One-77 what was arguably their best car ever.”

He joins Apple a lot more quietly than with a press release. We are told by sources with knowledge of the matter at Apple that he joins the company as “Special Projects Group PD Administrator” – an intentionally vague title. Last year, Apple hired a senior engineer working on Tesla’s Autopilot program, Jamie Carlson. He was also listed as a member of a special projects group.

We can confirm that some senior Apple engineers will be reporting directly to Porritt, including Product Development Engineering Director, Albert Golko, who until last year was working for the iPhone group and now on unspecified products. Emery Sanford is also said to report directly to Porritt now. Sanford is a prolific engineer named in dozens of Apple’s patents and who often worked directly with Zadesky, the exec believed to have been in charge of Project Titan until earlier this year.

While Apple has yet to officially acknowledge working on a car, it’s kind of an “open-secret” in the auto and tech industries that it is developing an electric (and possibly autonomous) vehicle.

Recent articles about employee moves between Tesla and Apple: