Real-time Supercharger availability data is a feature Model S owners have been asking Tesla to implement for a while now. It’s something we know to be possible since the automaker already displays the data of each charger stalls of its most popular Supercharger locations in real-time on the ‘Supercharger Dashboard’ located in its design studio in Hawthorne (see above), but the feature is not available in Tesla vehicles.

We never knew exactly why it was never implemented, but at least now we know it’s coming.

There’s always at least one available stall at most Supercharger stations, but at stations located on popular routes and during peak traffic or holidays, it’s another game.

The feature would be very useful even if it’s just for that one time it can notify you so that you can try to find an alternative and save some travel time.

Model S owners have reported over an hour and half of wait time at the Tejon Ranch Supercharger after last Christmas via Reddit: 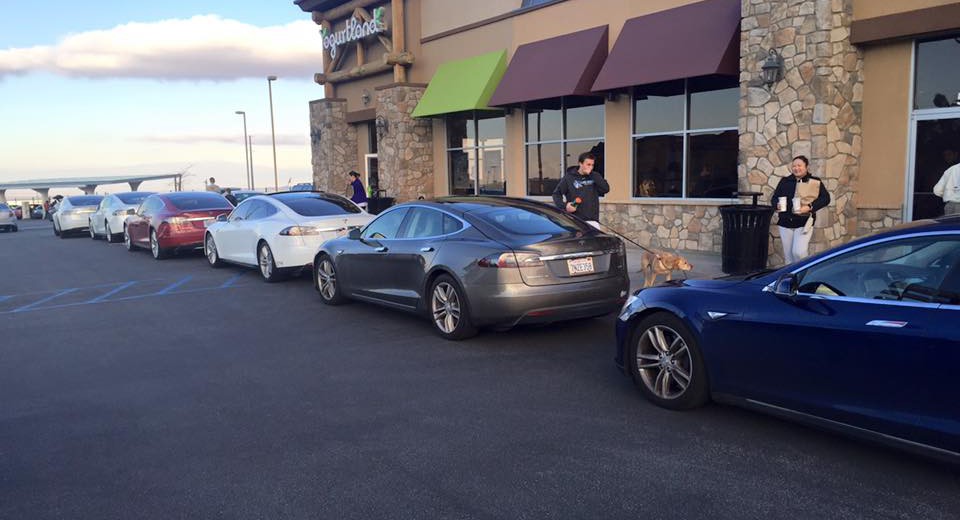 In his latest Tweetstorm over the weekend, Tesla CEO Elon Musk confirmed that the feature is coming:

Unfortunately, he didn’t offer a timeframe for the update, but Tesla is expected to update the Model S as soon as this month.