After our exclusive report that Tesla hired legendary chip architect Jim Keller from AMD as new “Vice-President of Autopilot Hardware Engineering” earlier this year, we were expecting some new hires to complete Tesla’s growing Autopilot team – especially since CEO Elon Musk said the project was “super high priority” and even encouraged people to apply via Twitter.

Sure enough, Keller’s former colleague at PA Semi and Apple, Peter Bannon, followed him at Tesla just a few weeks later. And now in a significant sourcing move, Electrek has learned that Tesla poached a team of high-profile chip architects and executives from AMD to develop the next generation Autopilot under Keller’s leadership.

Tesla is expected to release more features through over-the-air updates utilizing its current hardware Autopilot suite, but the system, which consists of a forward-looking camera, a radar, and 360 degree sonar sensors, is limited and not expected to achieve fully autonomous driving. Hence why Tesla is currently developing its second generation Autopilot hardware suite, which is should enable fully self-driving cars.

In the space of just a few weeks, the team building this new hardware suite grew by four new engineers all from semiconductor firm AMD, where until recently Keller was developing the company’s latest processor architecture.

Among the new hires, chip architect David Glasco joined the electric automaker. Glasco holds a PhD in Electrical Engineering from Stanford and he held chip architect roles at Intel, IBM, Newisys, NVIDIA, and more recently as a Senior Director of Server SOC Architecture and Performance at AMD until last month.

Glasco is now System Architecture Lead on Tesla’s next generation Autopilot. He lists his specialities on his LinkedIn profile: 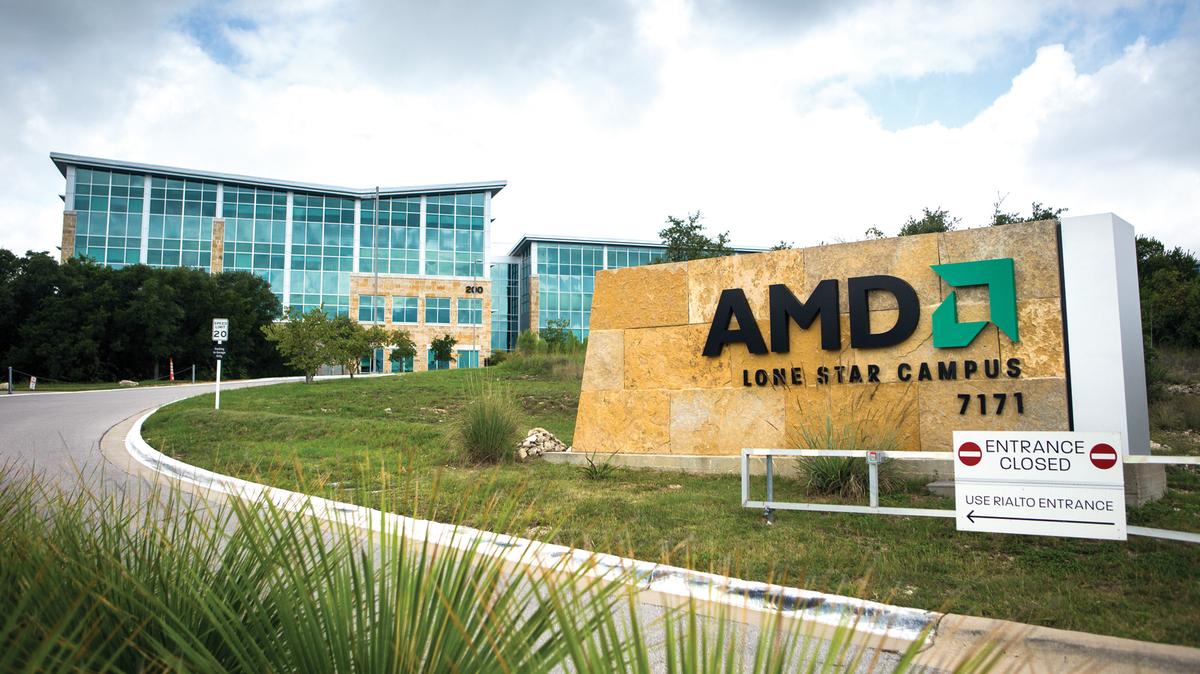 AMD’s Lone Star Campus for R&D in Austin, Texas – where most of Tesla’s new hires were working.

Debjit Das Sarma, long-time AMD fellow and CPU Lead Architect, is among the AMD engineers hired by Tesla last month to also work on the Autopilot.

Witek will have the difficult task to make Tesla’s most advanced autopilot features, and eventually fully autonomous driving, legal in the eyes of regulators. In the past, CEO Elon Musk said that although it’s difficult to estimate the timeframe, he thinks regulation should be fairly straight forward once millions of miles of data show rigorous safety standards in fully self-driving mode.

As we discussed last time Tesla hired chip architects to work on the Autopilot, it raises the question: Does Tesla plan to design its own processors? After we published our report of Tesla’s hiring of Keller, during the conference call discussing Tesla’s Q4 financial results, Morgan Stanley analyst Adam Jonas referenced our report and asked Tesla CEO if it indicates that the automaker would try to make its own processors. The conversation went like this:

Hi, everybody. Two quick ones [questions]. First, can you confirm reports that Jim Keller, kind of a legend in the microprocessor world, has joined the company to head Hardware Engineering at Tesla Autopilot? If that’s correct, does that signal that Tesla might be moving to design some of their own silicon?

Well, I think it’s public knowledge that Jim Keller’s joined. We have a lot of talented people that join Tesla all the time. Jim is indicative of that and just, some people get a bit more press than others, but I think the talent level that’s joining Tesla is really incredible. With regard to the latter part of your question, we just… no comment, yeah.

Tesla had already confirmed our report and Musk reaffirmed it, but he refused to comment on the second part of the question, which still leaves the door open to the possibility that Tesla could eventually design its own chips.

When Tesla first launched the Model S in 2012, it was revealed that NVIDIA’s Tegra processors were powering the center console, infotainment, navigation and instrument-cluster systems in the car. The two companies renewed their partnership for the Model X last year.

NVIDIA CEO Jen-Hsun Huang is a big fan of the automaker and owns 3 Teslas. During a company event last year, Huang announced a computing platform for self-driving cars called NVIDIA DRIVE PX and Tesla CEO Elon Musk sat down with Huang for a conversation about autonomous vehicles during the event. Musk took the opportunity to praise NVIDIA’s tech:

“What NVIDIA is doing with Tegra is really interesting and really important for self-driving in the future.”

Only the Tegra 3 chip has been confirmed to be in the Model X and although there’s been rumors that Tesla could be using NVIDIA’s DRIVE PX platform to power the Autopilot in its vehicles, there’s no solid evidence to confirm it.

Instead, Tesla is using Mobileye’s EyeQ technology to power the Autopilot’s vision system.

A Bloomberg report came out late last year implying that Tesla could be looking to replace Mobileye’s tech based on an email conversation between Tesla CEO Elon Musk and high-profile hacker George “geohot” Hotz, who is building his own self-driving car platform.

Following the report, Mobileye’s stock price took a 7% hit in a matter of hours, but Tesla came to the rescue and issued a statement calling Mobileye’s tech “best in the world at what it does” and saying that the company plans to “continue using” the firm’s EyeQ vision chips going forward.

Tesla made those comments before hiring both Keller and Bannon, and now this whole new team from AMD, which will possibly raise a few eyebrows at NVIDIA and Mobileye. While it still looks unlikely that Tesla will engage in another resource-consuming project like making its own chips, fabless manufacturing, which means to design silicon in-house while outsourcing its manufacturing, is not impossible either.

Either way, Tesla is undeniably acquiring significant hardware engineering talent and this time it’s out of AMD’s Austin, Texas operations. Including Keller, Tesla hired five chip architects and directors from AMD in just a few weeks and they are all reportedly working on the next generation Tesla Autopilot. During the same period, Tesla also hired a machine learning expert from AMD to lead the Autopilot’s self-learning tech.

Late last year, Elon Musk said that Tesla’s fully autonomous technology should be ready in about 2 years – right around the time Tesla is scheduled to release its newly unveiled Model 3. The lack of instrument cluster in the Model 3 prototypes unveiled last week hinted at the possibility of either a heads-up display or fully autonomous technology integration. Otherwise, a lack of instrument wouldn’t be viable:

We will have to wait for “part 2”, which is planned for closer to production in late-2017.

We contacted both Tesla and AMD for comments on this report and we will update if they get back to us.

If you want more Tesla Motors and electric vehicle news, make sure to follow us on Twitter,Facebook or Google+ to get our latest articles.