Tesla is on-going some restructuring at the upper management level over the past few months, especially since long-time executive and Vice-President of Worldwide Sales & Services Jerome Guillen took a leave of absence last year, followed by Chief Financial Officer Deepak Ahuja’s retirement a few months later.

Guillen was supposed to come back to work in January according to his LinkedIn profile, but we couldn’t confirm if he is indeed back at Tesla. He was the program director for the award-winning Model S and after the successful launch of the vehicle, he was promoted to lead the engineering and then the sales and service team.

The former Director of Business Innovation at Daimler was even made a Tesla Executive Officer later on. Guillen was known for often directly responding to customers about issues, and was particularly liked among Model S owners, which leaves big shoes to fill to the new service leadership. 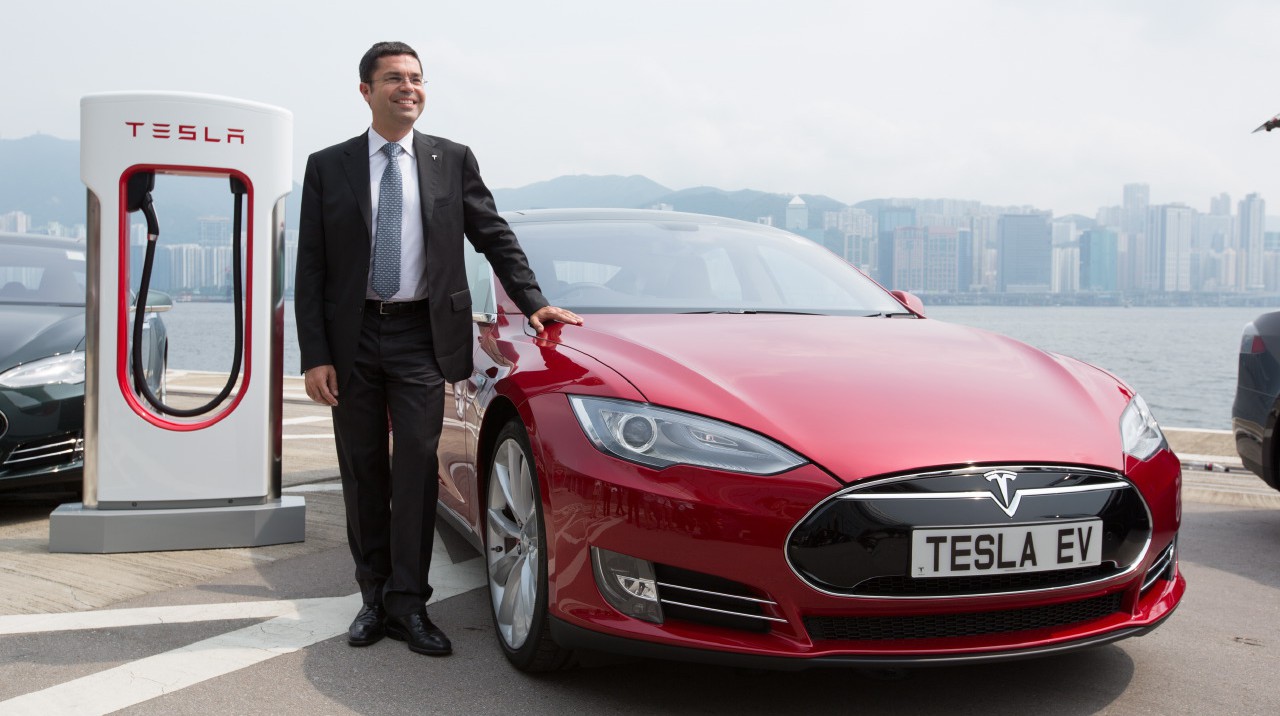 Jerome Guillen with the Model S in Hong Kong

Coincidentally, Bousta, Tesla’s new VP of Global Services, like Guillen, is from France. He holds a master’s of science degree from ENST Paris, an MBA from College des Ingenieurs, Paris, and a Six Sigma Black Belt certification from GE.

He spent years in leadership roles at GE before joining software security firm Symantec in 2014 as Vice-President of Global Technical Services.

Following Tesla’s upper management restructuring is particularly interesting knowing that CEO Elon Musk will likely not be CEO for long (well relatively). Musk is currently CEO, Chairman of the board and Product Architect at Tesla, while also occupying the equivalent roles at SpaceX.

He is committed to be CEO of Tesla until the automaker launches the Model 3, which should happen next year as per his own timeline. At that time, Tesla would be expected to hire a new CEO, while Musk would stay with the company in his other roles, but with less responsibilities, which will leave him more time to help bring humanity to Mars with SpaceX.

Until his leave of absence, Guillen was considered a possible contender to replace Musk. Tesla co-founder and CTO JB Straubel is also a likely candidate. The newcomers in Tesla’s leadership could also be in the running, or the company could hire from outside the firm, but either way, it will likely be an important crossroad in the history of the electric car maker.

Our recent coverage of Tesla Motors: