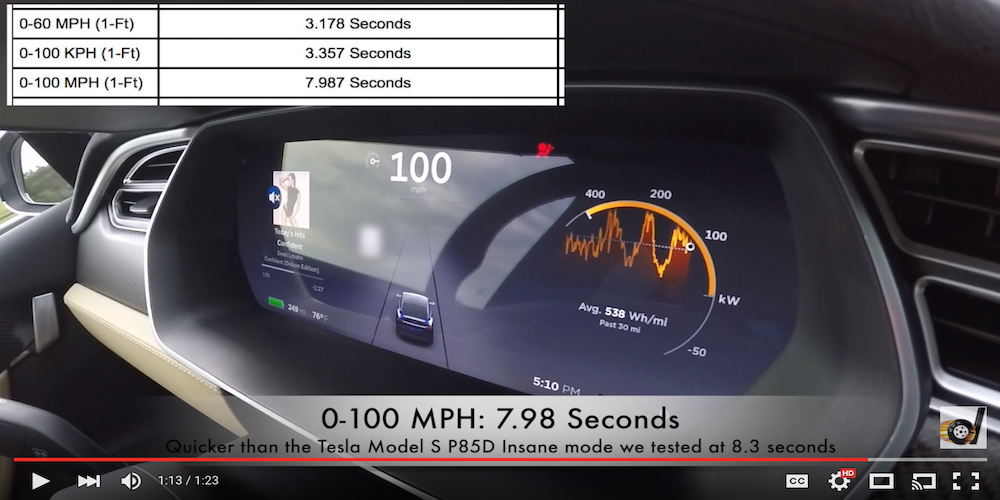 The video below doesn’t show conditions (did they run downhill or something?) but Dragtimes notes that the 7-seat car they tested has every option including the Ludicrous mode and Launch Control. Tesla Says:

Model X has ample seating for seven adults and all of their gear. And it’s ludicrously fast, accelerating from zero to 60 miles per hour in as quick as 3.2 seconds.  Model X is the SUV uncompromised.

Dragtimes said they were able to get a 3.17 0-60 speed which beats Tesla’s own estimates by a few hundredths of a second. Their 0-100 speed of under 8 seconds beats the P85D and many other supercars out there.

Another fun family video posted below: