Britain’s Car Magazine reports that Volkswagen’s BUDD-E electric vehicle has got the green light to go into production for 2020.

Volkswagen’s all-electric BUDD-e concept will make the jump into serial production, CAR understands. The VW BUDD-e concept, first seen at the 2016 Consumer Electronics Show (CES), is an ultramodern take on the VW ‘Microbus’ theme, built upon Volkswagen’s upcoming MEB modular electric platform. Dr Volkmar Tanneberger, head of electronic development and the driving force behind the BUDD-e concept, told CAR magazine’s Ben Barry: ‘[The] basic idea is to develop a modular toolkit and take this flat battery idea into serial production, one motor on the front, one on the rear. The California [camper van] and Transporter [panel van and minibus line] will continue separately as combustion engines.’ ‘You will see a car that looks a lot like this, on the MEB platform, reach production. I can’t say exactly when, but 2020 or thereabouts,’ says Tanneberger.

I’ve got mixed feelings about this.  On one hand, the more electric vehicle options the better and we all know that the electrical vehicle market is lacking in van options. Also, it is clear from the popularity of the  amazing eSamba project that there is a huge market for electric VW Busses.

The flip side is that the BUDD-E concept was so far away from the Westfalia-type of VW bus and more like a big ugly futuristic minivan mixed with a tall Mini Cooper.  Clearly VW isn’t going to make what we saw at CES but if the BUDD-E design aesthetic is where they are going, then there is going to be a rude awakening.

Also 2020? That’s four years away. By then Tesla will have its truck platform out and no one will care. Want to see a really cool Electric VW MicroBus? Check out these eSamba projects and did you know that you can buy a conversion kit for $7000?! 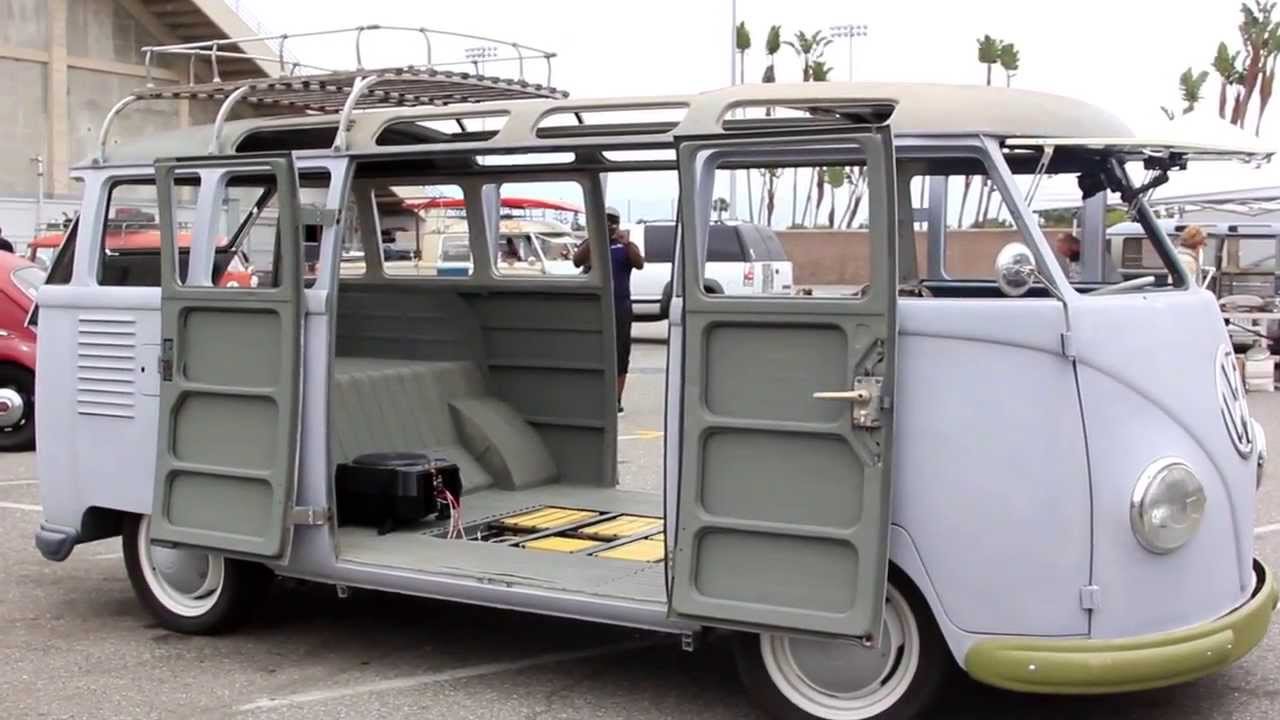