Tesla quietly updated its Canadian online design studio and appears to have discontinued several major options for the Model S in the country, namely all 85 kWh battery pack options.

Three weeks ago, Tesla removed the rear-wheel-drive option for the 90 kWh Model S, but the change affected all markets. In contrast, after verifying the online design studio of several other markets, this change appears to only be affecting Canadian customers at this time.

Since introducing the 90 kWh option in July last year, there’s been speculation that Tesla will soon discontinue the 85 kWh battery to only offer the 70 kWh and 90 kWh, like it does for the Model X. 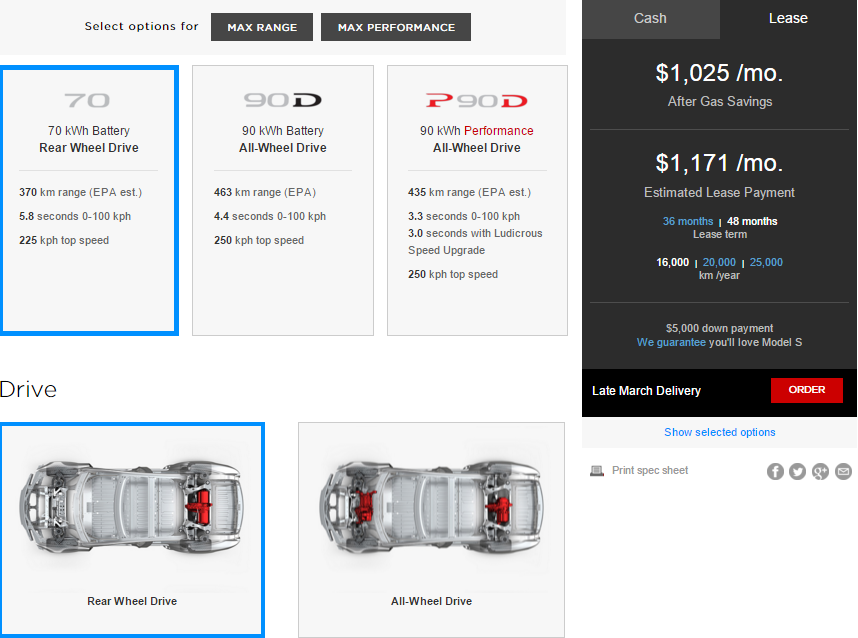 It’s not clear why the change would only apply to Canada at this point, but the automaker has been known to quickly discontinue certain options if they are ordered by a too small fraction of customers for a predetermined period of time. Rear executive seats and a few colors went through the same process, thought it would be the first instance for a battery pack option in a specific market.

Tesla is due to update its Canadian online studio in order to adjust prices for the weak Canadian currency. It did 3 months ago when $1 CAD was worth $0.75 USD, but it since dropped to $0.71 USD. It might explain why Canada is seeing the change first.

The 85 kWh battery pack option is currently the only battery pack size still available since the launch of the Model S. The 40 kWh and 60 kWh have since been discontinued.

We asked Tesla about the change and we will update this article if the company decides to comment.

Update: A Tesla spokesperson sent us the following statement confirming the end of the 85 kWh version in Canada:

“The recently introduced 90kWh battery pack offers unprecedented range and value that has been well received by our customers. As a result, we will no longer be offering the 85kWh battery. Model S is designed to be completely customizable, ensuring that customers are able to build the car that meets their unique needs and Tesla is committed to continued innovation and the development of industry-leading technology.”

(hat tip to llavalle who first reported the change on Reddit)