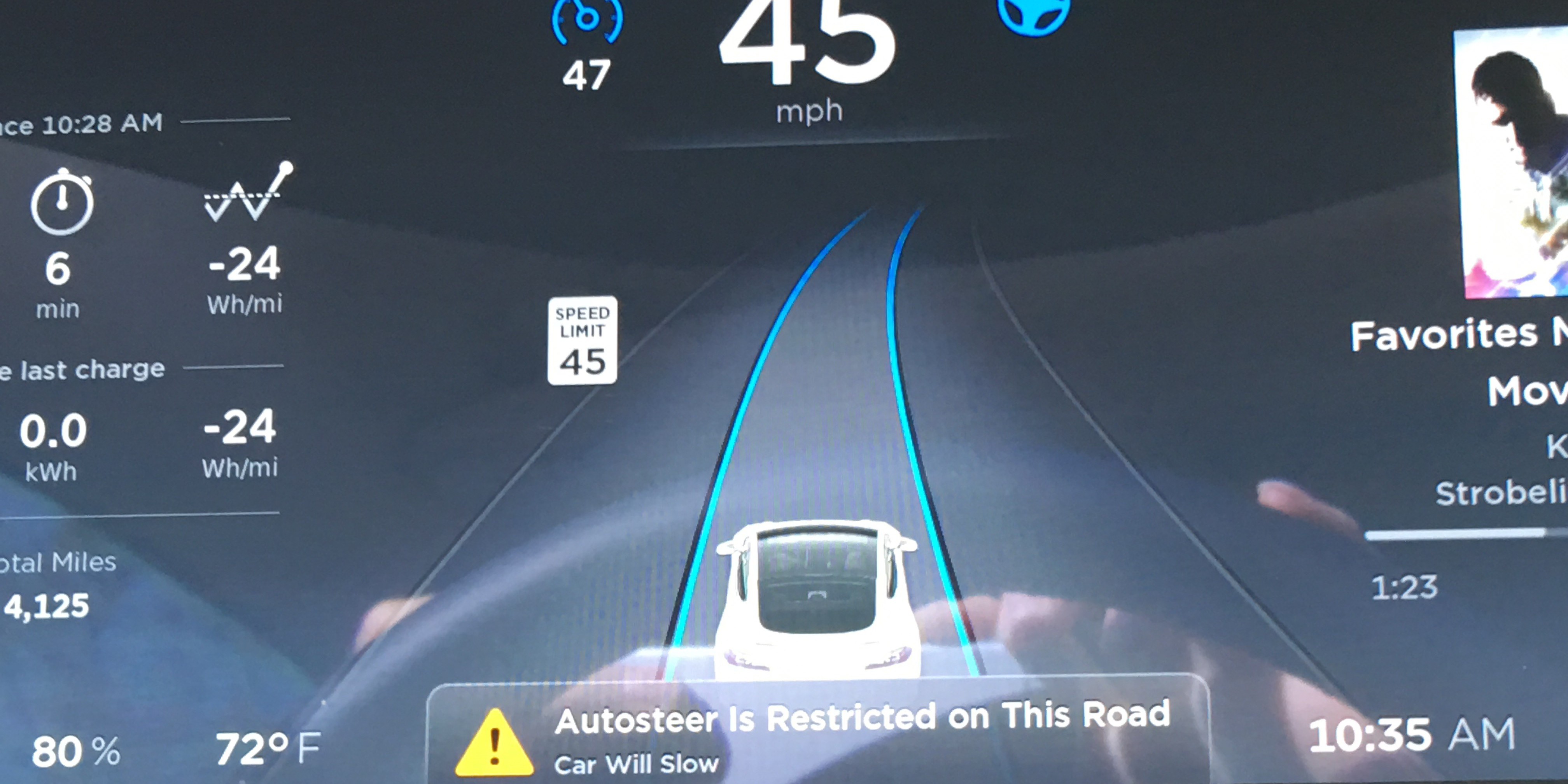 During the conference call to discuss the company’s third quarter financial results on November 3rd, Tesla CEO Elon Musk warned that the company will push software updates to add restrictions to the Autopilot.

Now we learn that Tesla started pushing these constraints to some Model S owners on Sunday – about a month after announcing it.

Musk said that even though the company wasn’t aware of any accident caused by the Autopilot, he decided to implement more constraints after watching some “fairly crazy” videos on Youtube of Model S owners pushing the limits of the system. Here’s the full quote from the conference call:

But I do want to emphasize, we discouraged – there’s been some fairly crazy videos on YouTube, we are – this is not good. And we will be putting some additional constraints on when Autopilot can be activated to minimize the possibility of people doing crazy things with it.

At the time, Musk didn’t specify what the new constraints could be, but today we learn through reports from Model S owners that Tesla now restricts the auto-steering feature of the Autopilot to 45 mph (72 km/h) on roads other than highways.

The restriction appears to only affect the Autosteer feature of the Autopilot and not the active cruise control (TACC). The system now pushes an alert on the dashboard when using the Autosteer on a restricted road – see image above.

We reached out to Tesla to ask if the speed limit on roads other than highways is the only planned constraint and we will update when we get a response.

Update: Owners posting on forums (both TMC and Reddit) about the update with Autopilot restrictions have both removed their posts since publishing.