BMW delivers 50 BMW i3’s to the city of Leipzig

BMW manufactures its electric vehicles, the i3 and i8, at its plant in the city of Leipzig, Germany. Yesterday, the automaker delivered 50 all-electric white i3’s to the municipality for city employees to use under 2-year leases. 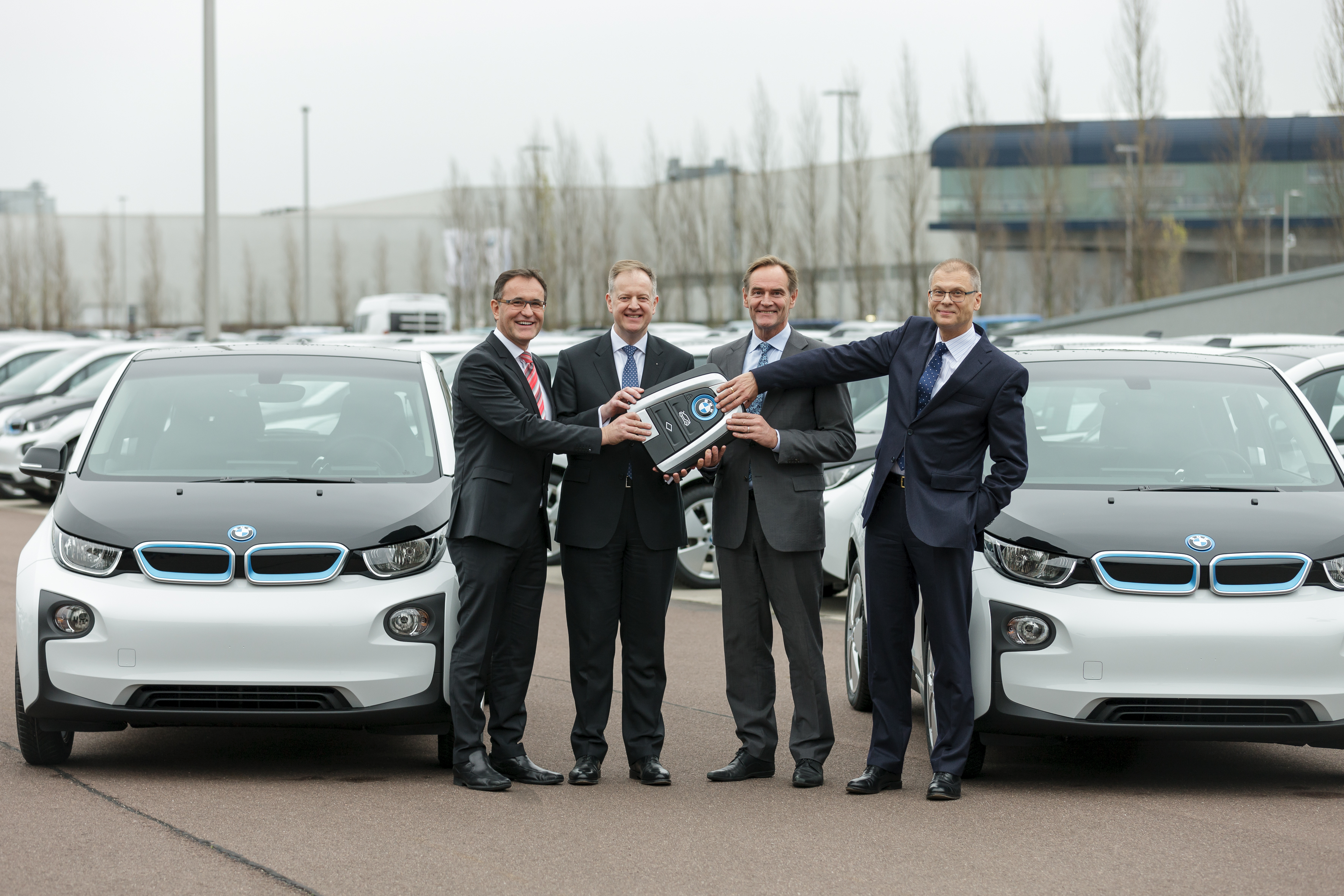