Today Tesla is expected to open its first store in Boston in the Shops at the Prudential Center according to the Boston Business Journal. The opening is part of Tesla’s plan to significantly expand its retail presence in the US with 12 more stores opening during the fourth quarter. The new locations will join Tesla’s extensive network of stores and galleries across the US. Here’s a map of the current network: 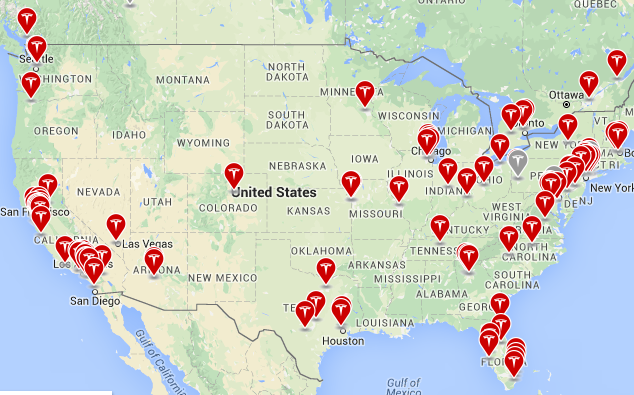 There are differences between galleries and stores due to direct-sales laws. Tesla is facing regulatory hurdles in some states because of old laws prohibiting manufacturers to sell cars directly to consumers, forcing them to go through dealerships instead of company owned stores. Where these laws are more relaxed, like in New Jersey or New York, Tesla is allowed to have a restricted number of stores to operate, but in the most extreme cases, like in Texas, Tesla employees can’t take potential customers on test drives or discuss pricing in any way.

It’s in these states that Tesla relies on “galleries”, which looks very much like a Tesla store, but where employees can only educate the public on Tesla’s cars and technologies, when they are asked about pricing or delivery information, they refer customers to the Tesla website.

The company also uses “pop-up stores” or “mobile stores”, which can deploy out of a container. Earlier this summer, one of these stores was spotted in the Hamptons.