Fred Lambert | Nov 6 2015 - 6:05 am PT
2 Comments
2015 Chevrolet Bolt EV Concept all electric vehicle. Overhead view of concept with glass roof. Bolt EV Concept features an unexpectedly large interior from a subcompact crossover EV. Chevy’s experience gained from both the Volt and Spark EV to make an affordable, long-range all-electric vehicle to market. The Bolt EV is designed to meet the daily driving needs of Chevrolet customers around the globe with more than 200 miles of range and a price tag around $30,000. 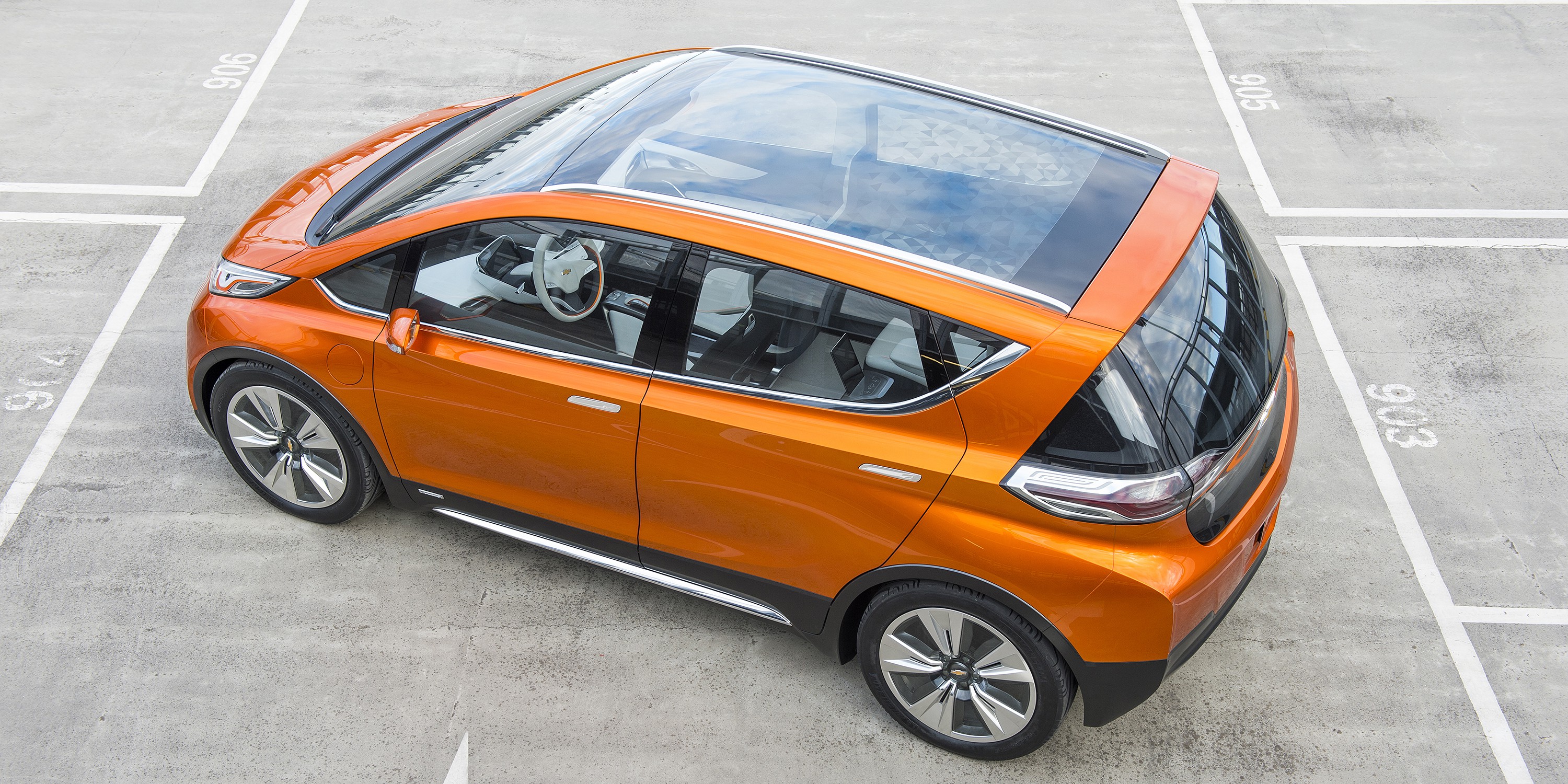 Since the unveiling of the Chevy Bolt at the 2015 Detroit Auto Show, there’s been some scepticism about the planned nationwide availability of the all-electric vehicle, presumably due to GM’s track record of producing compliance cars when it comes to electric vehicles. The Chevrolet Spark EV is primarily available in CARB states in order to comply to regulations and the company recently confirmed that the 2016 version of the Volt will also only be offered in CARB states.

But GM says it will not be the case for the Bolt and the company recently reaffirmed its intention to launch the all-electric vehicle in all 50 states. Shad Balch, Manager of New Product and Public Policy Communications at GM, told Autoblog:

“We’ve also committed that it’s going to be a 50-state vehicle at launch. That’s to show our commitment to the technology. Our hope is that it becomes a high-volume-selling car, and that it’s not just for the coasts, it’s not just for a certain income level, but it is a long-range EV that anybody can get themselves into. … [This is] a good alternative to the luxury long-range EVs that are available now. It’s something that people can see themselves actually affording to get into. That’s the message from this car.”