SolarEdge (SEDG) blows up earnings, stock up 30% while competitors capitulate 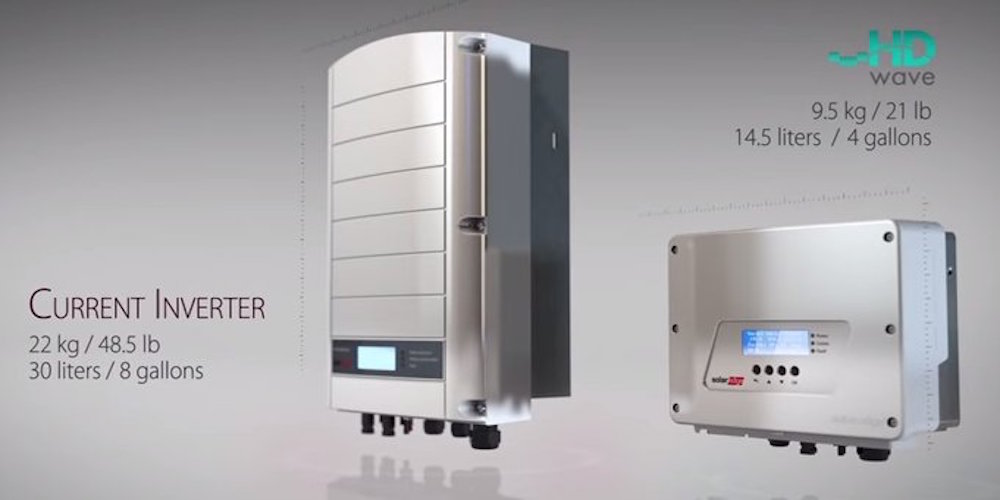 At the same time, Enphase, a competitor that makes inverters on a different “distributed micro-inverter” architecture, is down 37% on news that it will need to drop prices to keep competitive with SolarEdge.

The company also achieved an enviable 13% operating margin, and $14.4 million in net income. SolarEdge notes that it was able to “out-perform” falling average selling prices, which it attributes in part to a different product mix and the fall of the Euro versus the dollar.

Founder, Chairman and CEO Guy Sella estimates that the company will bring down costs 7.5-10% over the full fiscal year 2016 by following its cost reduction plan. The company has identified this as important for growing market share.

Why are installers opting for SolarEdge? My feeling is that many homeowners are planning to use backup or off-grid battery technology like that from Tesla’s Powerwall. SolarEdge, by carrying a DC current all the way to the inverter, has the architectural advantage over Enphase and other Micro-inverters which convert to AC at the solar panel then must convert back to DC to charge a battery. 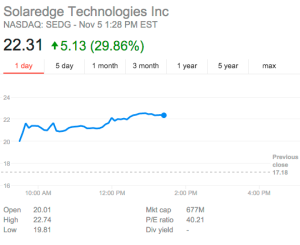 SolarEdge announced an even smaller, more efficient Inverter earlier this year which should expand their advantage over other architectures. By reducing the size and weight, customers can move the inverters into their homes hidden away in a closet or laundry room.

I had a chance to speak with CEO Guy Sella earlier this year and he seemed very upbeat about the prospects of SolarEdge’s future. He obviously couldn’t comment on the prospect of a buyout by a larger energy player, but there is certainly some opportunity there with the market advantages the company has.

It is no coincidence that Tesla’s Powerwall batteries use the same 350V DC current as that used by SolarEdge’s DC Optimizers. I believe SolarEdge is poised to grab an even bigger chunk of the market as Tesla Powerwalls are released.

I don’t currently hold positions in any Solar stocks but have a LG Solar Array with a SolarEdge Inverter and 2 electric cars.