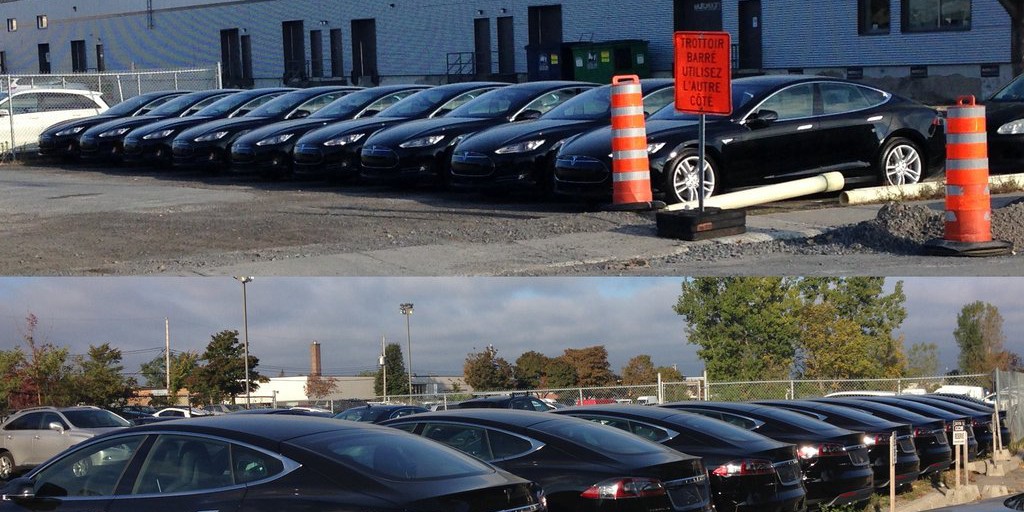 Earlier this summer we wrote about Taxelco, a Montreal-based startup which bought the second largest taxi company in Montreal (500 cars and 1,000 drivers) with the intention to transition the whole fleet to electric. The company is getting ready to launch its pilot program in November with 50 new electric cars, including a dozen Tesla Model S’s recently acquired. The project is the brainchild of investor Alexandre Taillefer, managing partner at XPND Capital. He said the company will launch its taxi service under a new brand which will aim at delivering a Uber-like user experience through an app, but with a business model closer to traditional taxi companies – meaning the drivers will be paid employees with taxi permits.

Alongside the Teslas, the company will also introduce Kia Soul EVs and Nissan LEAFs in the initial fleet of 50 taxis.

Taillefer released two previews of the company’s fleet on Twitter:

The executive will release all the details on the project during a presentation to Montreal’s Chamber of Commerce on November 18.