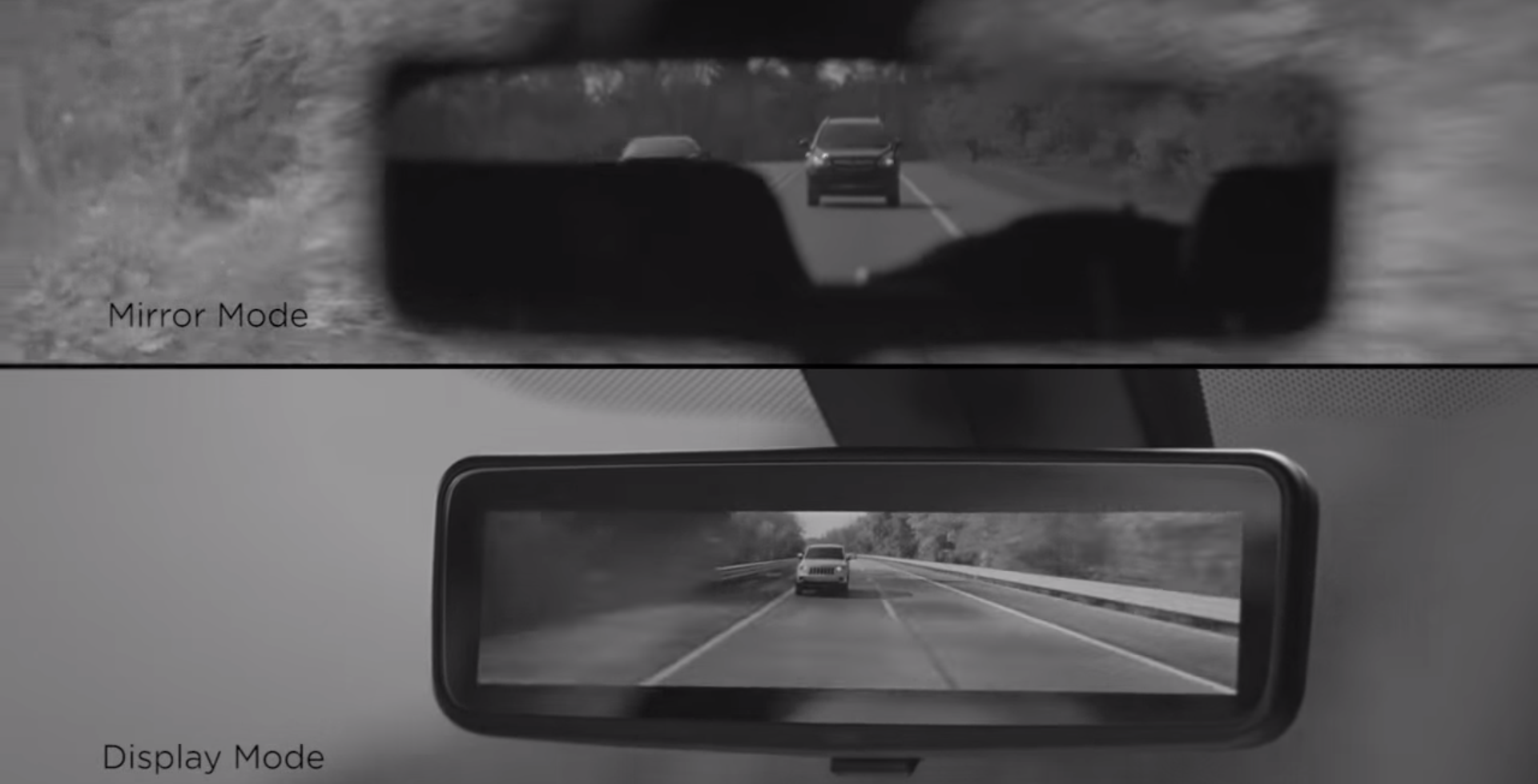 Tesla is set to launch the Model X today at the Fremont factory and CEO Elon Musk said there still are a few things we don’t know about the company’s all-electric SUV. Earlier this month we speculated that the Model X could have next generation headlights. Today we explore the likely possibility of the new vehicle being equipped with hybrid display/mirror for rear-view. We are talking about a rear-view mirror that can either operate as a standard automatic dimming mirror or as a rear-view display (see picture above). For such a system, the vehicle would of course need a rear-view camera. The Model S already has a camera for reverse mode and the Model X seems to have the same just above the plate, but on recent pictures released with the online design studio, the Model X appears to have what could be another camera above the rear window: 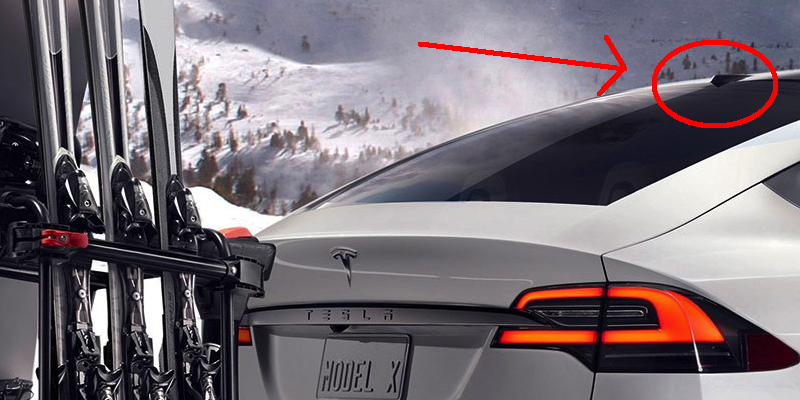 The rear-view of the Model S is already minimal and we can expect the Model X’s to be even worst considering the SUV will have a third row. It could certainly justify the use of a hybrid display/mirror system for the rear-view.

Adding to the speculation, one of Tesla’s mirror supplier, Gentex, is a leader in hybrid display/mirror and earlier this year, a Gentex engineer briefly posted to Reddit pictures of the Model X at a Gentex shop before quickly removing them and deleting his account.

The stunt not only fuelled the idea of a potential display/mirror hybrid, but also that Tesla could be using Gentex’s electrochromic technology for the impressive panoramic windshield of the Model X.