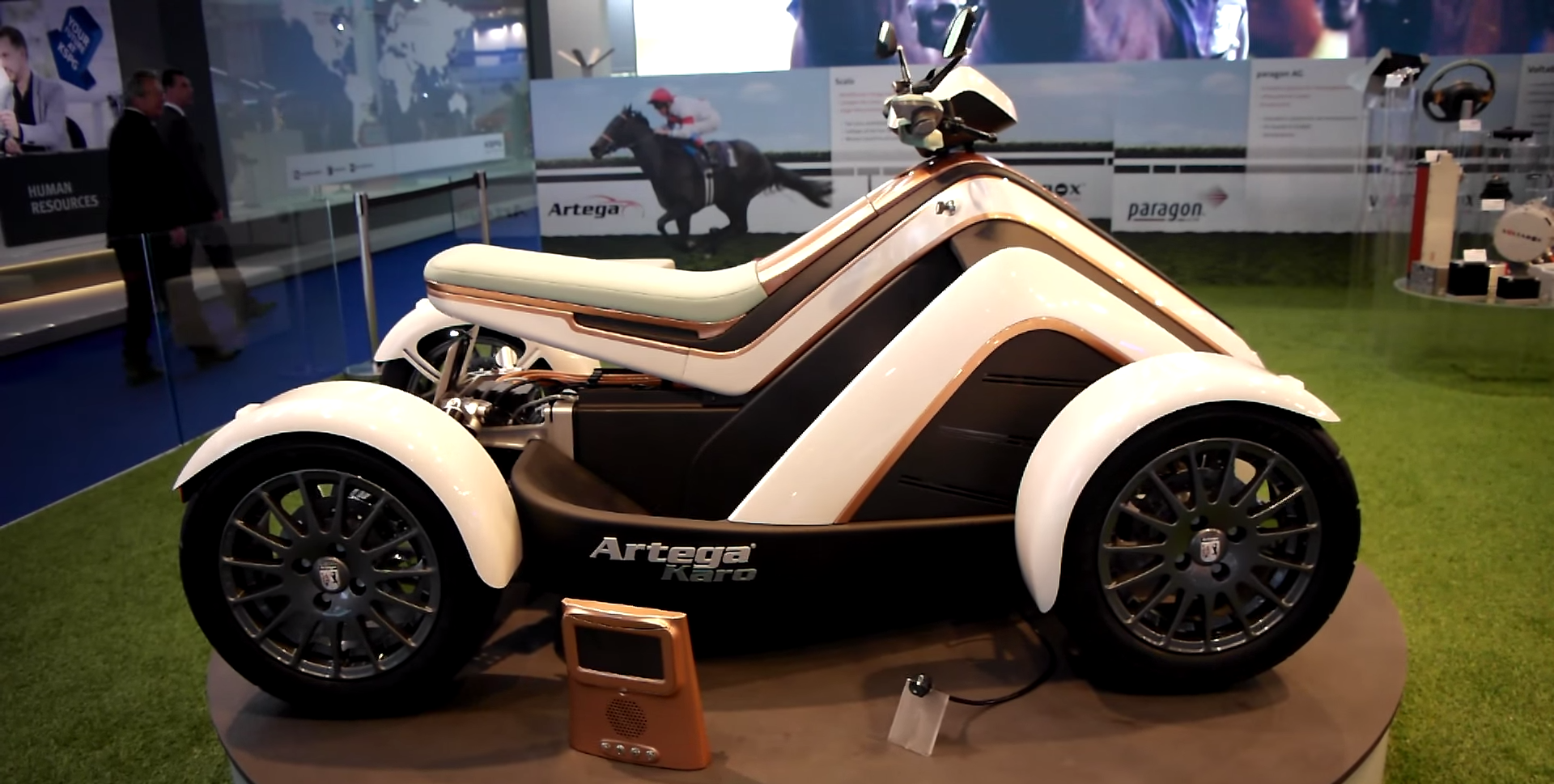 The Karo is an electric quad-bike concept aimed at complying to driver license and insurance requirements for young people.

The company says the concept is “prepared for serial production” and it will offer different motor configurations for different license requirements. Being Germany-based, the configurations are first aimed at the German license structure:

The basic version has 4 kW and falls into the EG class L6e-A. It only requires a driver’s license of the class AM, which can be acquired at the age of 16. The speed is then electronically limited to 28 mph at most.

With a driver’s license of class B, drivers from 18 years on-wards can drive the middle version of the Artega Karo according to EG-class L7e-A.The motor output here is limited to 15 kW.The maximum speed is 50 mph.

The top model with a motor output of 17 kW (peak output 38 kW) and a torque of 100 Nm accelerates from 0 to 50 mph in less than 5 seconds. The maximum speed is at 65 mph. This vehicle of the EC class M1/N1 (passenger car) also requires the driver’s license of class B.

The concept is equipped with a small 5.3 kWh battery pack on which Artega expects to achieve a 50 miles range.

No price has been announced for the Karo as of now.

Pictures and technical data of the Karo concept: 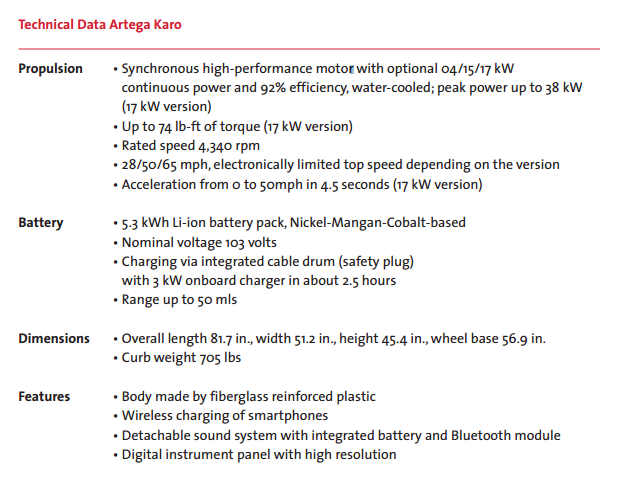