The German electronic and auto parts giant Bosch will introduce a new thermal management system at the Frankfurt Motor Show, which runs from the 17th to 27th of September, that could increase electric vehicle (EV) range by up to 25%.

Bosch’s mobility solutions team think they can optimize the heat from the electric motor with their new thermal management system which would leave more energy for the battery to power the car in cold climate. Here’s a simple schematic of the system: 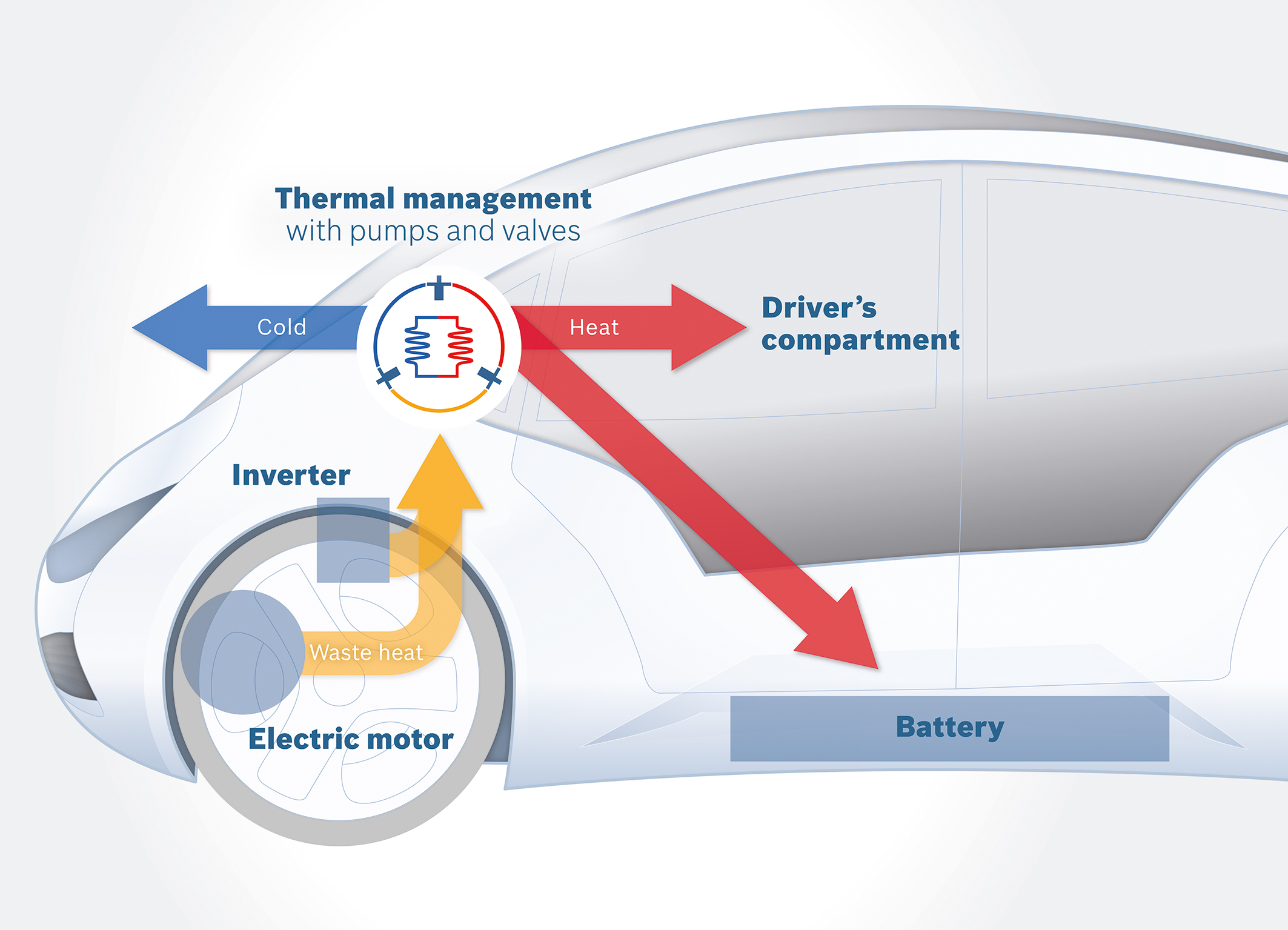 Bosch says that with the system a heat pump with an electrical rating of 1,000 watts will generate heat equivalent to an output of 2,000 to 3,000 watts which would be a 100% improvement over conventional electric vehicle heaters according to Bosch.

The system could also use heat loss from regenerative braking which is a popular feature of EVs.

This announcement is another step into the electric vehicle market for the electronic giant which is already a major player in the auto industry with its mobility division bringing in $37 billion in sales last year. Bosch is positioning itself as an important parts supplier for electric vehicle makers with its already extensive series of car parts and electronics, but also by recently buying battery maker Seeo and its series of charging stations.