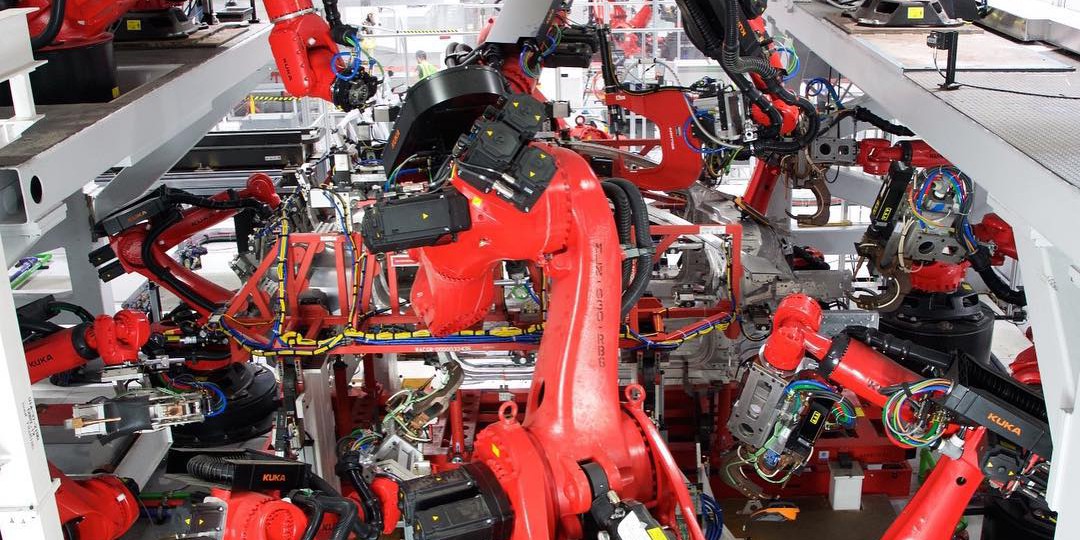 Elon Musk teases the Model X nearing production in a picture posted to Instagram Saturday night. Tesla’s CEO says the company is still “bringing up” the second production line, which is expected to increase Tesla’s production capacity at the Fremont factory and allow the company to start production of the long awaited Model X.

The CEO also confirmed that the production line is equipped with 542 robots including 15 operating simultaneously at the central assembly point.

Most recent available information indicate that Tesla will start production of the Model X at the end of September.

Here’s the picture posted to Instagram and the caption:

Bringing up Tesla Production Line 2. 542 robots in total with 15 operating simultaneously at the central assembly point. And people wonder why I’m worried about the robocalypse… 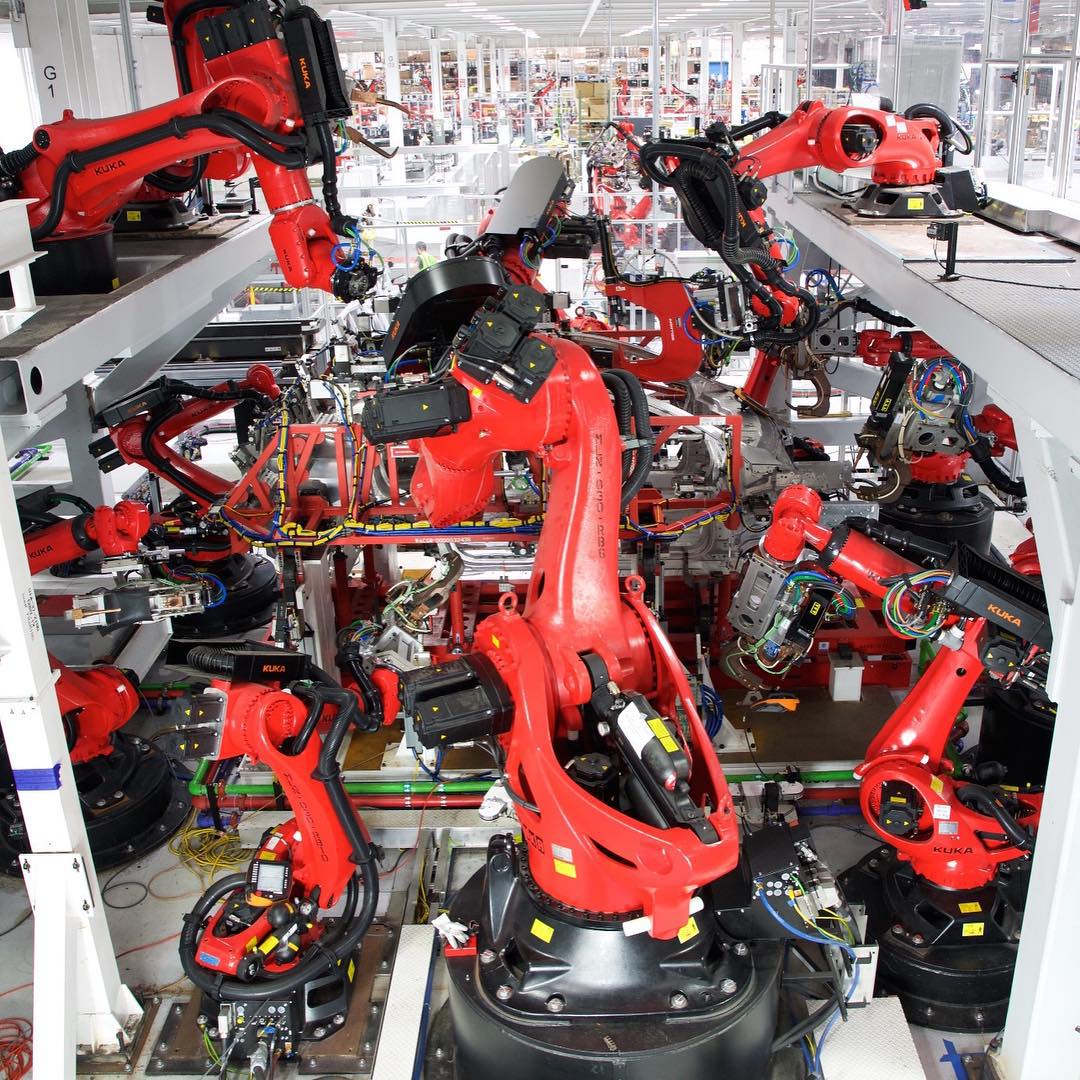