Sources familiar with Tesla’s new firmware update explained that version 7.0, which is currently being tested and should be released later this year, will include auto-steering, lane change activated by the turn signal, auto-parking (in parallel spaces) and an updated UI (see picture above).

A few months ago, I wrote an in-depth article about Tesla’s Autopilot, its hardware and its limitations. I based the article on information Tesla released when first unveiling the Dual motor version of the Model S in October last year. The company has since been advertising the Model S with the autopilot features, but owners have only been enjoying a fraction of what was promised during the unveiling.

Now, based on what we are learning about the upcoming software update, Tesla appears to be set to deliver on these promises, or at least most of them…

When activating the Autopilot, the Model S will not only engage the active cruise control which is already available, but now with the new software update, the “auto-steering” feature will take control over from the driver. The auto-steering works at its best on highways and on roads with clear markings and if the Autopilot is not comfortable with the markings on the road, it will alert the driver by emitting a beeping sound until sensors detect hands on the steering wheel.

Depending on speed and road conditions, the Autopilot can be quicker in requesting the driver to take control of the vehicle, but technically, it allows for highway driving without having to touch the steering wheel.

Automatic lane changing activated by the turn signal is a feature we weren’t sure was going to be released in the next update, but as it turns out, it is part of the version 7.0 firmware. When the Autopilot is activated, the driver can tap the turn signal and the Model S will initiate a lane change. The responsibility, like with most of the other Autopilot features, falls onto the driver to make sure the way is clear before initiating the lane change.

Tesla implemented a major UI redesign for the v7.0 update. The overall design is noticeably more minimalist than the previous version. A few pictures have leaked. The one featured above shows the new dashboard, and below you have a look from the Tesla Owners Club Norway. 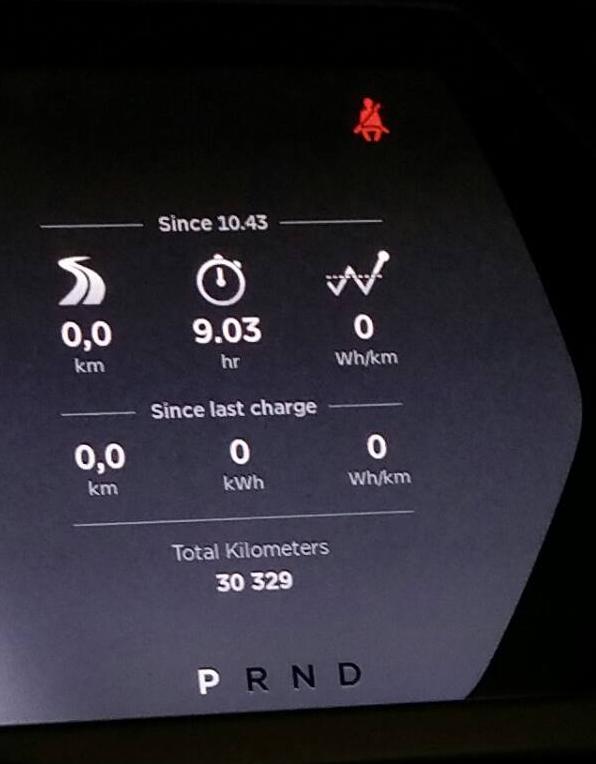 The Norwegian Model S owner who posted these pictures received the v7 update even though he is not part of Tesla’s early access program and his Model S 60 is not equipped with the Autopilot. It most likely was an error on Tesla’s part since he received another update downgrading his software to v6.2 soon after.

The owner even posted a short video showing the interface in more details, but the video has since been removed.

Model S owners can now choose from more options for the information widgets they can include on the dashboard. On the right, you can see an option with the new design.

Probably the most interesting feature of the redesign is that the dashboard now features a rendering of the Model S in front center and tracks in realtime vehicles and other objects around the car.

Here’s a picture of a Model S with the Autopilot tracking a car (from Jakob.J on Tesla Motors Club):

Of course, the tracking of objects will only be available for Model S equipped with Autopilot hardware, and from what we are hearing, it’s quite accurate.

More pictures of the UI:

The Model S can now parallel park itself with the version 7 firmware. It seems like the update doesn’t allow for self-parking from outside the vehicle. On its website,Tesla describes 4 features of the Autopilot Parking:

It would appear that the version 7.0 would only enable the first parking feature, leaving the other 3 for future updates.

There’s still no word on exactly when Tesla will push a wide release of the software update v7.0, but Elon Musk said during a conference call earlier this month that he expects to gradually push the update “one to two months” after early access release, which started this week.

We will keep you updated as we learn more information about Tesla’s upcoming Autopilot update.