“We’re not Tesla. But we’re not Fisker either. We’re not fucking around.” – Faraday Future; a new electric vehicle company 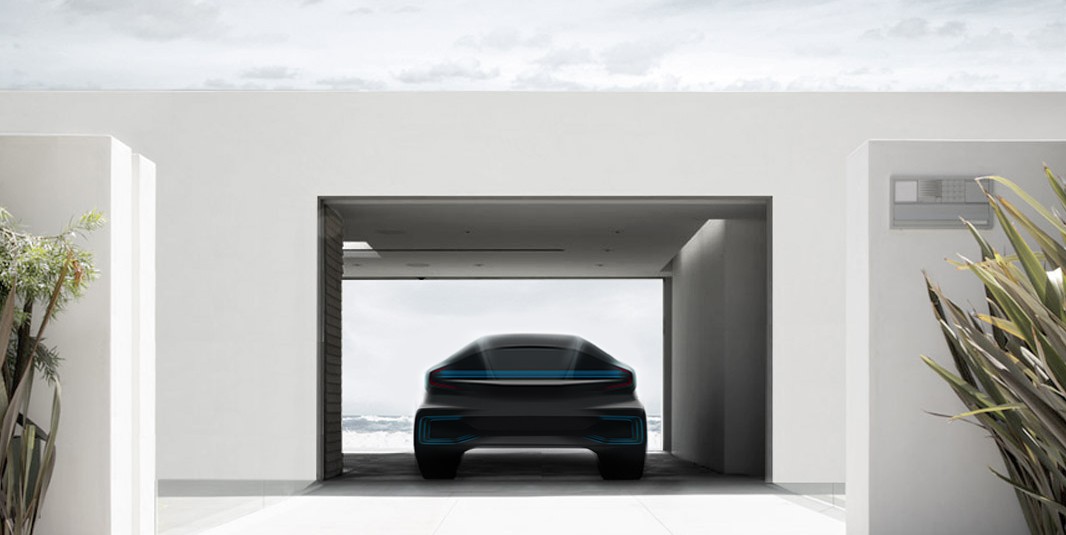 That’s what a Faraday Future representative told MotorTrend when asked about the reality of launching a car, which is undoubtedly one of the most difficult kind of product to bring to market. The young electric car company, whose name is still only a placeholder, took a small step out of “stealth mode” yesterday to disclose that they are looking for a location, in the US, for a new manufacturing facility.

We first heard of Faraday Future earlier this year after receiving some unconfirmed tips about Apple being involved with the startup company through their secretive vehicle program. Although Apple’s involvement remains unconfirmed, Faraday Future is a very real company.

Founded just last year, Faraday Future, or FF, already claims over 200 employees. It’s not clear exactly who founded the company, but Nick Sampson is listed on LinkedIn as Product Architect, VP of Product Research and Development, and a “founding member of the Executive team of FF”.

Sampson was Director of Vehicle and Chassis Engineering at Tesla from 2010 to 2012, during the bulk of the development of the Model S. Before Tesla, the engineer was a 10 year veteran of Lotus, who was also Tesla’s partner for the manufacturing of the Tesla Roadster.

The links between FF and Tesla Motors don’t stop here, the company appears to be heavily hiring from Tesla. Aside from Sampson, a quick LinkedIn research shows a lot of other former key Tesla employees, including Alan Cherry, VP of Human Resources, a former senior Director of HR at Tesla from 2008 to 2012, and quite a few engineers like Umran Ashraf, a former Design Engineer at Tesla, he was a key architect of the Model S’ aluminum body.

Not directly related to Tesla, but worth mentioning, FF hired Porter Harris, a former Energy Storage Engineer at SpaceX, to lead their battery engineering effort. He left SpaceX, a company founded by Elon Musk, the CEO of Tesla, in November last year.

Here are a few other former Tesla employees now working for Faraday Future:

Not much else is known about Faraday Future or the vehicle they are developing and expect to launch in 2017. The company describes itself as being “fully funded”, which is quite important in a capital-intensive business like the automotive industry. FF told VentureBeat that they want to build a manufacturing plant in the US and that they narrowed down the location to 4 states still in the running for the project: Georgia, Louisiana, Nevada, and California.

The company is going for a very aggressive timeline. They expect to choose the location of their factory by the end of the quarter and then launch their vehicle within the next 2 years.

As for the vehicle itself, again not much is known, but FF is talking about a “connected” electric vehicle and looking at design drawings (see featured picture above), it looks like they are going for an high-end sport car. The company did leak some information about the battery technology that their vehicles will use:

Faraday Future is not the first electric car company seemingly founded by former Tesla employees. Earlier this year, we wrote about Atieva, which is also well staffed by Tesla alumni and funded by Beijing Automotive Industry Holding, a Chinese state-owned car business and holding company.

If things go well for both companies, Tesla might be on its way to eventually create the “Tesla Mafia”, in reference to the term “Paypal Mafia” – former Paypal employees making it big in the tech world.