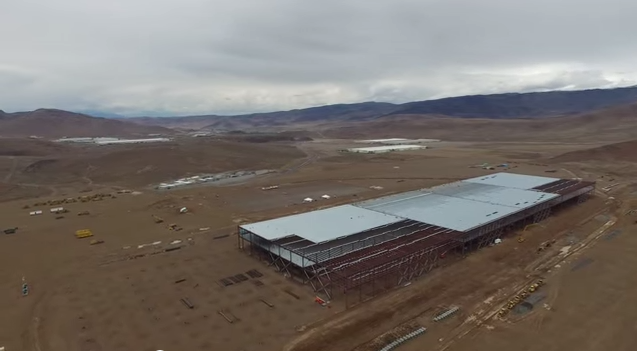 A new video of Tesla’s battery factory in Sparks, Nevada was posted to Youtube today. The video shows the progress the company made in the last few months on the planned 10 million square feet facility.

The video shows the first phase of the steel structure which has a planned completion date of June 6th according to building permits, but he project might be ahead of schedule. JB Straubel, Tesla’s CTO, confirmed earlier this month that Tesla started hiring operational people for the Gigafactory. Originally, Tesla planned on starting production in 2017 to then ramp up through 2020, but during a conference call with analysts to discuss their financial results, Tesla confirmed they plan on producing their recently announced battery packs, the Powerwall and the Powerpack, at the factory as soon as Q1 2016.

You can watch the full video here: