Elon Musk takes to Twitter to end the “debate”: Model X will have Falcon Wing doors 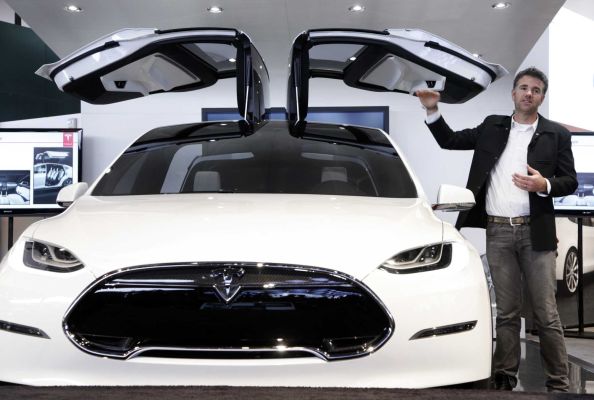 The Model X is coming. No, really, it is. Despite some delays, Tesla earlier this week sent out an email reassuring reservation holders that the hotly anticipated Model X will begin shipping to customers with pre-orders sometime during the third quarter of 2015.

Of course, anytime a highly anticipated product — whether it be a smartphone or a car — is subject to delays, the rumor mill starts churning, often times taking us down a path completely soaked with idle speculation.

Such was the case with the Model X earlier this week when an analyst from none other than Morgan Stanley issued a note to investors articulating that engineering difficulties with the Model Xs’ Falcon Wing doors are likely behind the vehicle’s delay. Naturally, some folks took the report and ran with it, leading some to start wondering, “Is there any chance the Model X won’t come with Falcon Wing doors?”

But don’t take my word for it. In an effort to nip such rumors in the bud, Tesla CEO Elon Musk took to Twitter early on Wednesday to dispel any notion that the Model X would be doing away with its, dare I say, iconic doors.

Rumors about canceling Falcon wing doors are false. At Tesla, the production car will always be better than the show car.

Well that settles that. And now we can all go back to impatiently waiting for the Model X to hit the streets.