Tesla Model S gets rear-ended by a tractor-trailer on the highway, 3rd row area stays intact 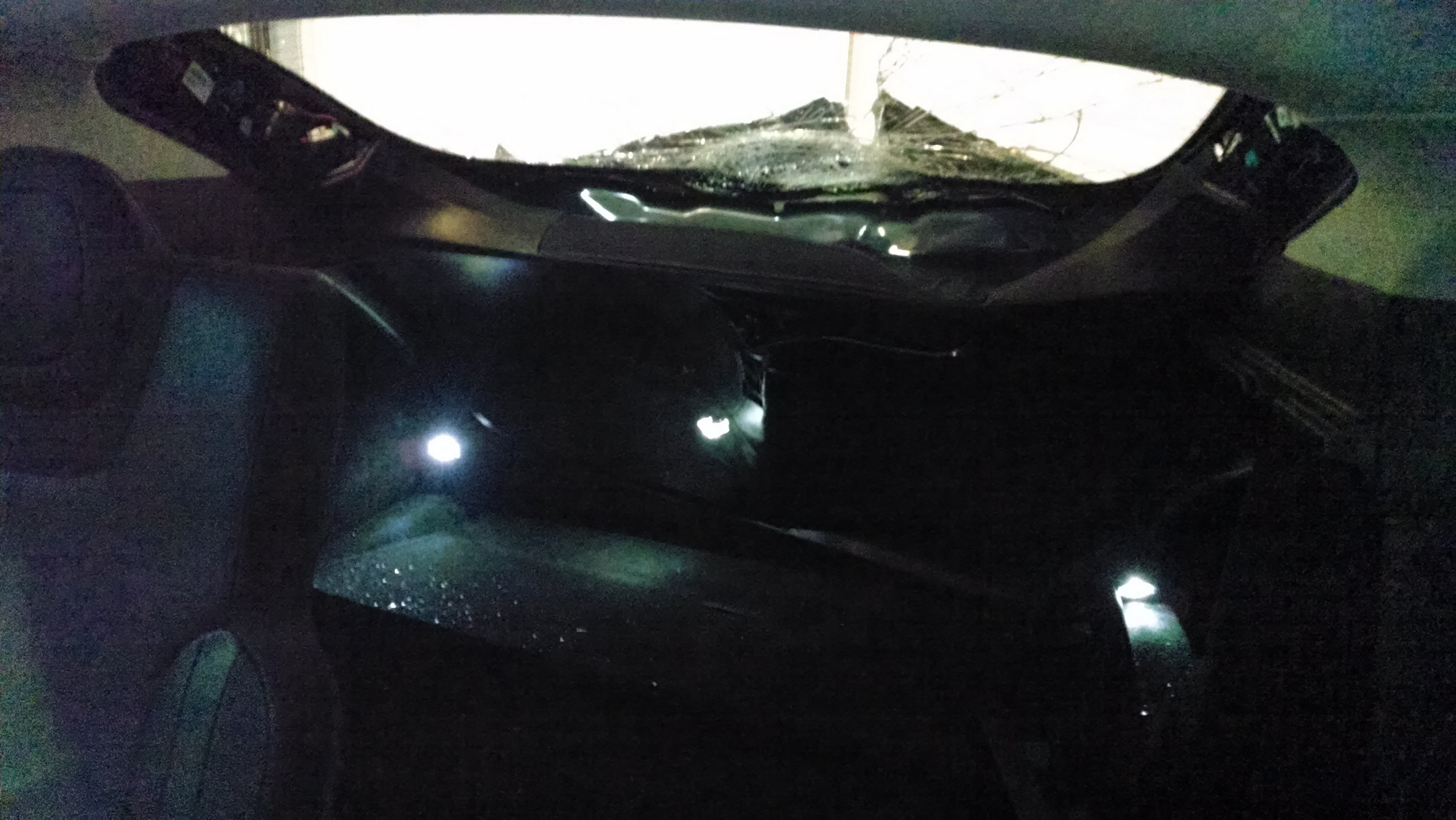 For those of us who put our kids in the third row jump seats, it is always interesting to see how the rear area of the Model S holds up during a crash on the highway, particularly with huge Semis. On the Tesla Motors Forums, user Nathan, who doesn’t have the third row seats and therefore doesn’t have the double reinforced bumper, still got away with relatively little damage done to the car.

It is uncertain if the exact speed differential at the time of impact but the car was thrown 100 feet off the highway yet the driver was still able to drive it home.

As for the 3rd row occupant area, it looks to have retained its structural integrity even though some glass might have fallen into the area. Good to know!

Actually I was rear-ended by an 18 wheeler… I was the only one I my car and am doing ok, thankfully.

Yeah, Tractor-Trailer. And I was pushed off road a good 100 ft. Initially, I was thinking I wouldn’t be able to get the car out… But with some assistance from the tow truck driver & firemen I was able to drive it back on the road and eventually home. Side note, everyone enjoyed touring the car — even in it’s destroyed state :}

Based on my accident (with no idea what the relative speeds of my car vs the 18 wheeler) kids in the rear seats wouldn’t have been touched (except for some minor glass). And I don’t have the rear kids seat option.

No 3rd row… However, here’s some of the requested pics (cars with 3rd row should do better)Ampup,

You’re right it is a major highway. It was a bit busier than normal and the cars in front of me slowed down for some reason. Where he hit me is downhill and a bit curvy – He claimed he hit the brakes as soon as he saw me but couldn’t stop in time.

Who knows if it’s repairable, I’ll call the guys up at Rockville in the morning and see what they think. I’m going to really hate being without my ride :{

Thanks for all the well wishes, it appreciated!