Woz on Bolt vs. Model S: I’ll take both, but now expects Chevy to be main car, Tesla for trips

In the comment section of a long winded Facebook rant on the trials and tribulations of driving through Arizona’s pothole-laden roads and staying at pet-friendly hotels in Vegas, Apple’s Co-Founder and flip flopping EV enthusiast Steve Wozniak noted that he is now expecting his Chevy Bolt to become his main car.  It will arrive next week as Chevy slowly ramps up deliveries in compliance car states – currently California and Oregon only. 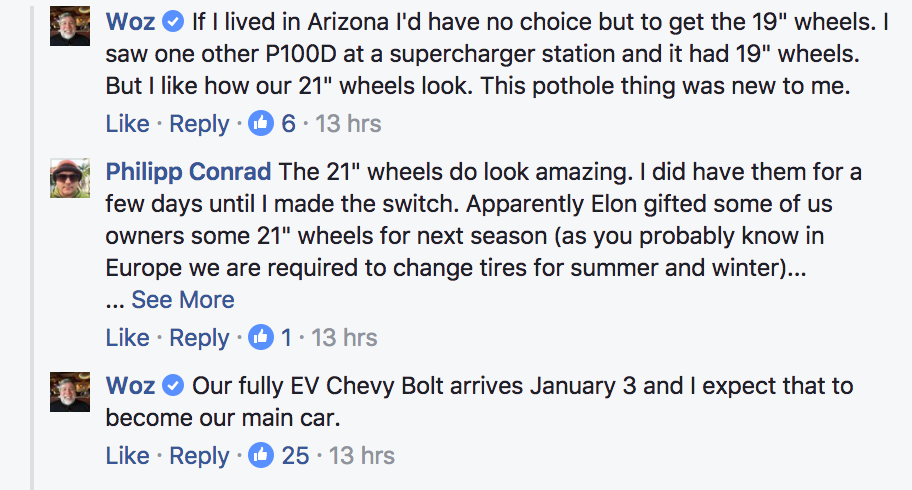 We’ve, for some reason, documented Woz’s plight from Swarming his Supercharger station odysseys and his on again off again love affair with the Chevy Bolt… END_OF_DOCUMENT_TOKEN_TO_BE_REPLACED 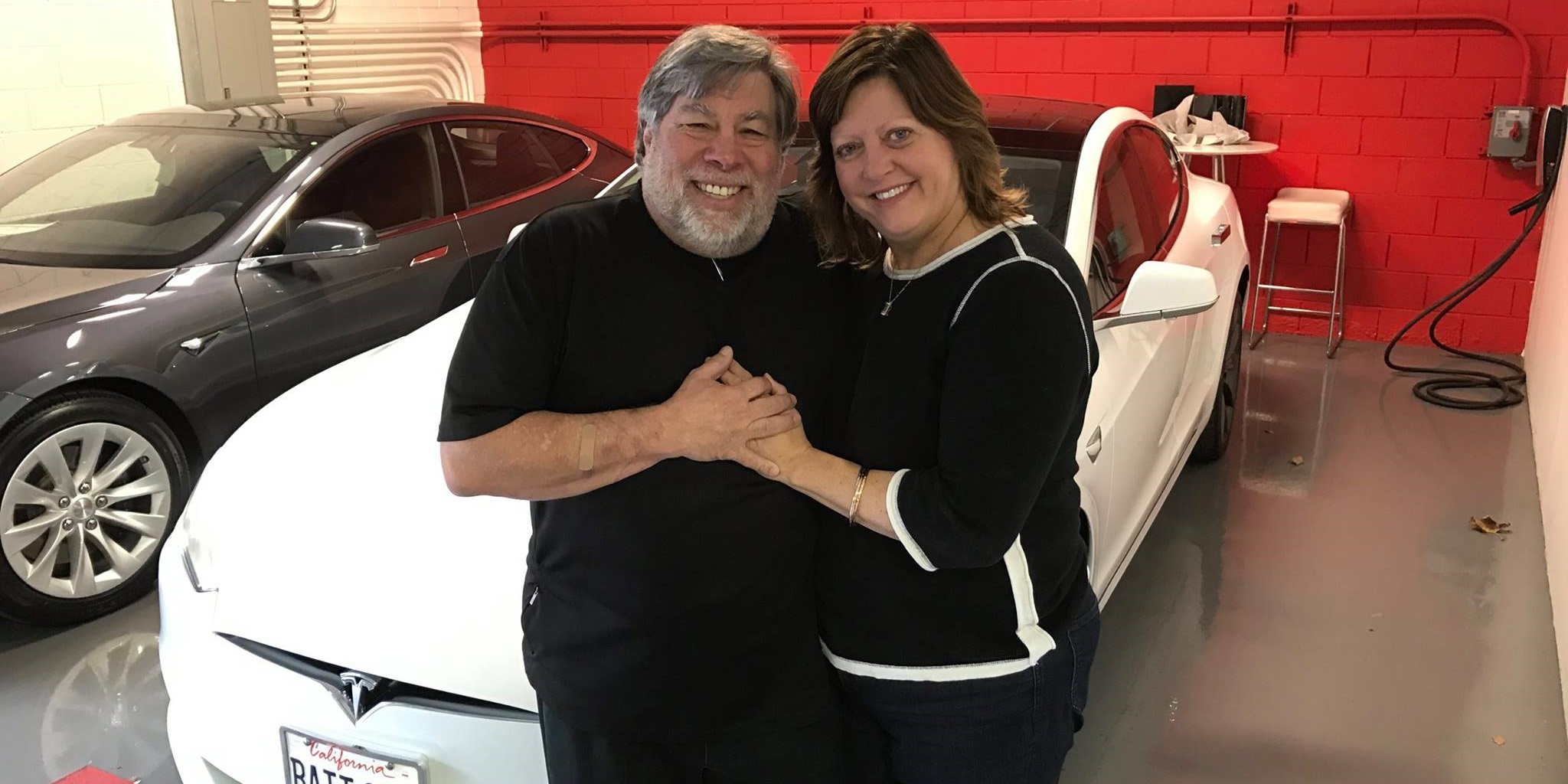 Apple co-founder Steve Wozniak’s introduction to electric vehicle ownership was interesting. The engineer claimed that Tesla CEO Elon Musk reprimanded him in an email exchange for buying a gas-guzzler in 2013 instead of a Tesla Model S.

He has since bought the vehicle and has been often spotted at Tesla Superchargers and talking up Tesla on his various social media accounts, which is why it was surprising when he said that he was looking into trading it for a Chevy Bolt EV earlier this year.

Now that the Bolt EV is actually available in California, where the Woz lives, he didn’t actually end up buying one; instead, he bought another Tesla – and highlighted the vehicle’s main advantage on the Bolt in the process. END_OF_DOCUMENT_TOKEN_TO_BE_REPLACED