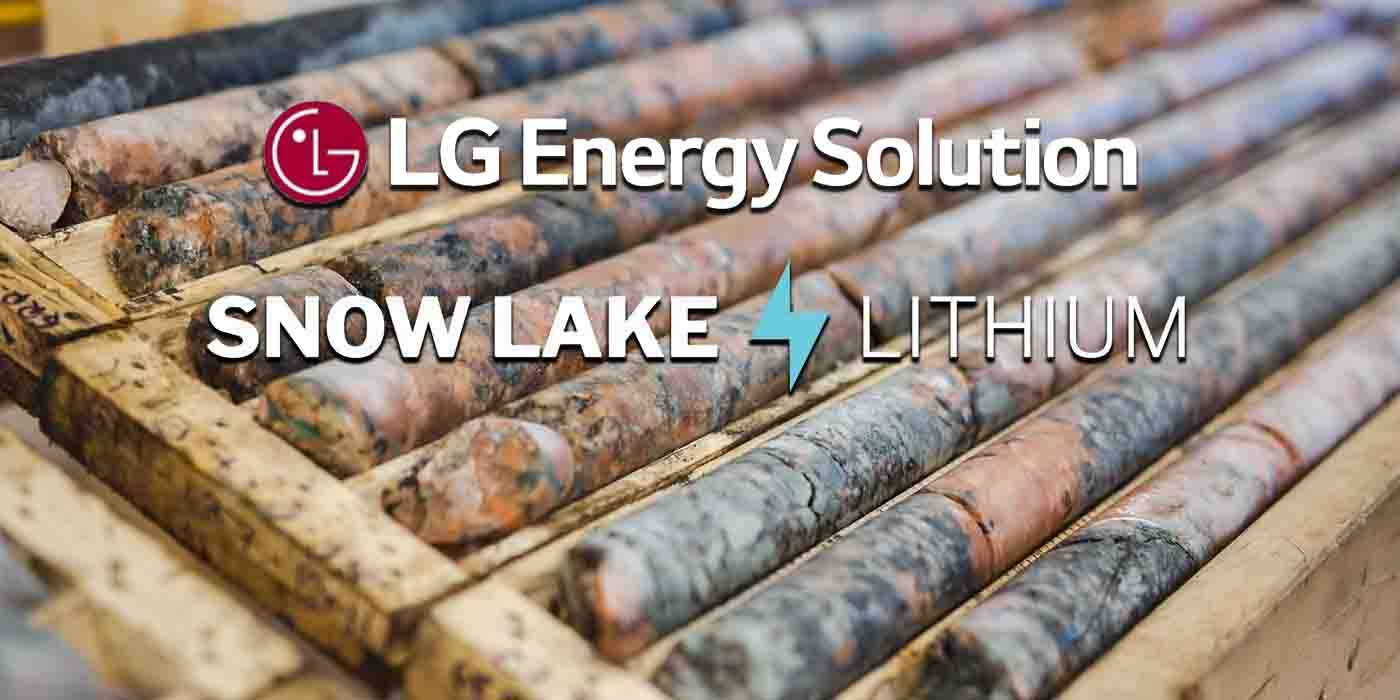 Carbon-conscious mining company Snow Lake Lithium and battery production specialist LG Energy Solution announced they have signed a Memorandum of Understanding (MOU) to establish a domestic supply chain of lithium in North America. When Snow Lake’s lithium mining operation gets up and running in 2025, it plans to supply LG with the precious Earth material essential to current EV battery chemistry. This domestic supply chain could help several automakers qualify for US federal tax credits as well.

The lithium-rich land is located in Manitoba, Canada, where Snow Lake has been consolidating the area and conducting surveys to determine its resource potential. It kicked off its initial assessment of the land in early 2022, but said it will take 18-24 months for environmental work such as permitting to be complete before commercial lithium mining can actually begin in North America.

Snow Lake Lithium still has a lot to accomplish before it can mine this rich supply of lithium to automakers in North America, but based on early assessments, the company believes it will be able to provide enough lithium to power five million EVs on the continent alone, while simultaneously reducing US automakers’ dependency on China.

With its latest announcement, LG Energy Solution – a major battery provider to EV automakers in North America – is onboard to establish a viable domestic supply chain of lithium that can lead to financial benefits to the automakers themselves, in addition to their US customers.

Snow Lake to provide Lithium to North America with LGES

The companies announced their non-binding MOU in a press release today, outlining some of the early terms and expected timelines for domestic lithium distribution to support EVs. When Snow Lake Lithium begins approved lithium mining in Canada, it will supply LG Energy Solution (LGES) with the chemical element for EV battery cell production in North America over a ten year period.

LGES is a newer battery production unit of the larger LG Group, originally spun out of LG Chem toward the end of 2020. Its main focus is the development of lithium-ion batteries for EVs, Mobility & IT applications, and Energy Storage Systems (ESS).

Following an early partnership with Hyundai Motor Group, LGES has shared plans for a 45 GWh battery cell factory in Canada with Stellantis, in addition to three new battery plants in the US for GM on the wings of a massive $2.5 billion grant from the US Department of Energy. Through its collaborations with American automaker Ford, LGES has already begun exploring other sustainable ways to source lithium with companies like Compass Materials International.

Based on these movements, an agreement with Snow Lake Lithium and the potential of its colossal, 55,000-acre domestic mining site for the EV industry feels like a natural next step. LG Energy Solution CEO Youngsoo Kwon shared a similar sentiment:

As we have recently announced our mid- to long-term strategy to focus on North America, the fastest growing EV market, these partnerships serve as a crucial step towards securing a stable key raw material supply chain in the region. By constantly investing in upstream suppliers and establishing strategic partnerships with major suppliers of critical minerals, LGES will continue to ensure the steady delivery of our top-quality products, thereby further advancing the global transition to EVs and ultimately to a sustainable future.

Under new terms outlined in the recently signed Inflation Reduction Act, EVs and a majority of their battery components must be assembled in North America in order to qualify for federal tax credits up to $7,500. Furthermore, a majority of those critical battery materials like lithium must be sourced in North America, or from countries with free trade agreements with the US.

Currently, most EVs sold in the US no longer qualify under these terms that will officially kick in January 1, 2023, but automakers are already pivoting their production strategies toward US assembly. Since several major automakers already have working relationships with LGES, obtaining battery cells built with materials from North America could prove fruitful as long as Snow Lake Lithium can complete the necessary measures to ensure approval for mining in Canada.

As previously mentioned, this process will still require years, but if Snow Lake remains on schedule, the global EV production landscape could make a pivotal shift toward significantly larger manufacturing in North America. Additionally, Canada is expected to rank third in the global production of the raw materials needed for electric vehicle batteries by 2025.

When you think about how significant North America’s current dependency is on China for a lot of these resources, the fact that Canada could be a major player in less than three years again demonstrates how quickly this industry is moving, and how much opportunity could soon be coming to the US and its neighbor to the North, by way of EV adoption.