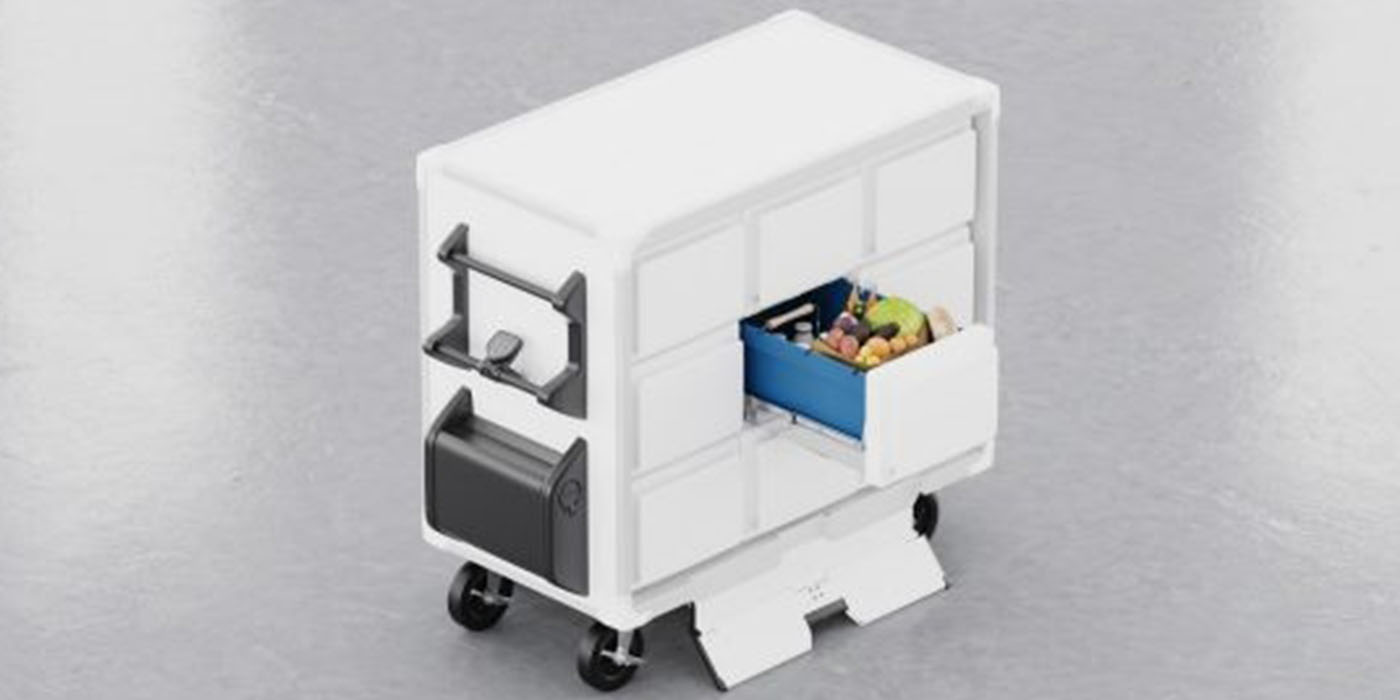 General Motors’ commercial EV brand BrightDrop announced its intention to bring clean mobility to the world of groceries with its newly unveiled product, the Trace Grocery. The electrified cart (eCart) comes with multiple temperature controlled compartments to assist store employees in efficiently fulfilling online orders before they are picked up. Grocery giant Kroger intends to sign on as the first BrightDrop Trace customer.

Since its inception, BrightDrop has been expanding quickly, delivering two all-electric delivery vans which saw a more cohesive nomenclature change this past April. In addition to the new “Zevo” brand of vans, BrightDrop announced it had renamed its EP1 electric cart the BrightDrop Trace – trace standing for “eCart” backwards.

Up until this point, the BrightDrop trace has been advertised as a delivery cart to offer logistics companies a more efficient and sustainable way of transporting multiple packages from the electric van to their recipients – particularly in crowded urban areas.

Today, BrightDrop has announced a variation of its eCart to support order fulfillment for groceries as it looks to support a $240 billion online ordering industry.

The commercial mobility subsidiary unveiled its latest electrified product in a press release today, sharing some details of its capabilities and a timeline for its development progress. Aptly named the BrightDrop Trace Grocery, this cart has been customized to support supermarket employees in fulfilling orders more efficiently using technology.

According to BrightDrop, the Trace Grocery allows employees to place an order directly into specific compartments of the unit before it is parked curbside for the customer. That customer can then pull up to BrightDrop’s new eCart, verify their identity, and gain access to their groceries. BrightDrop states that orders for online groceries are a rapidly expanding market that’s expected to reach $240 billion by 2025. Company president and CEO Travis Katz spoke to the potential in this segment:

COVID has driven a dramatic increase in online grocery shopping, and fulfilling these orders profitably has become a major challenge for retailers of all sizes. With the Trace Grocery, we saw an opportunity to help companies like Kroger tackle these challenges head on. As online shopping continues to grow, BrightDrop is committed to developing innovative solutions to help our customers keep pace. The Trace Grocery is a perfect example of this.

Here are some of the BrightDrop Trace Grocery’s key features:

Limited quantities of the BrightDrop eCart built specifically for groceries are currently available, but it should reach full availability in 2024. Kroger – one of the top five largest grocery providers in the United States, has already completed an initial pilot program in Kentucky and reported that it had experienced “a noticeable improvement in the customer and associate experience.”

As a result, the grocer intends to sign on as the very first customer for the BrightDrop Trace Grocery and should receive its first units at stores later this year. BrightDrop has yet to share any footage of the eCart for groceries yet, but here’s an intro to the original Trace eCart it was based on: