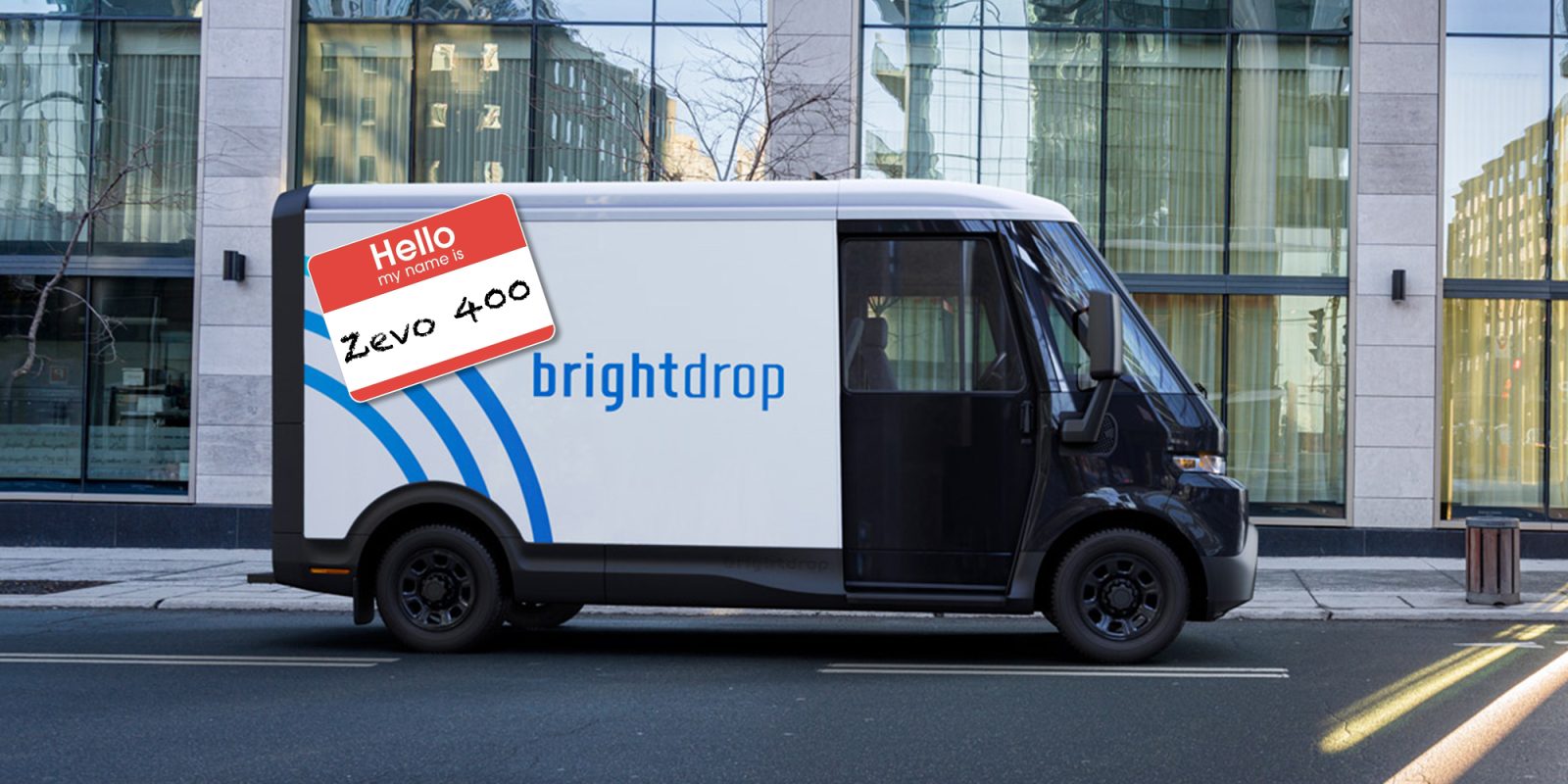 When GM CEO Mary Barra announced the new division at CES 2021, she also revealed BrightDrop’s first vehicle – the EV600 – named after its 600 cubic feet of cargo space. At the time, Barra also shared that FedEx had already signed on for the first 500 off the assembly line. Those deliveries began this past December, followed by an order for 1,500 more in early January.

Today, BrightDrop’s lineup of electric vehicles consists of three products: The EV600 and EV410 delivery vans, and the EP1 storage cart. All of which are operated by BrightDrop’s proprietary software platform.

With today’s news, all three vehicles and their software will get name changes.

BrightDrop shared news of its rebranding in a press release today, explaining the reasoning behind the decision:

To bring a world-class delivery ecosystem to life, we’re excited to share new distinct, iconic names for our electric delivery vans and electric carts that more closely align with our mission and purpose of decarbonizing last-mile deliveries.

From now on, BrightDrop’s delivery vehicles drop the “EV” in favor of “Zevo” which is a nod to both Zero-Emission Vehicles (ZEVs) and EVs. According to the company, the new nomenclature is also a play off of “zero” – a common word in GM’s electrification goals for zero crashes, zero emissions, and zero congestion. Here’s your new BrightDrop vehicle lineup:

Additionally, BrightDrop shared that its software platform, currently referred to simply and elegantly as “BrightDrop Software,” will see a name change as well… but not yet. The company says it is coming soon thouigh. They’re probably struggling a little because “erawtfoS porDtghirB” doesn’t quite have the same ring to it backwards like “Trace” does.