EV street sweepers may be coming to your city, courtesy of Ideanomics and GEP 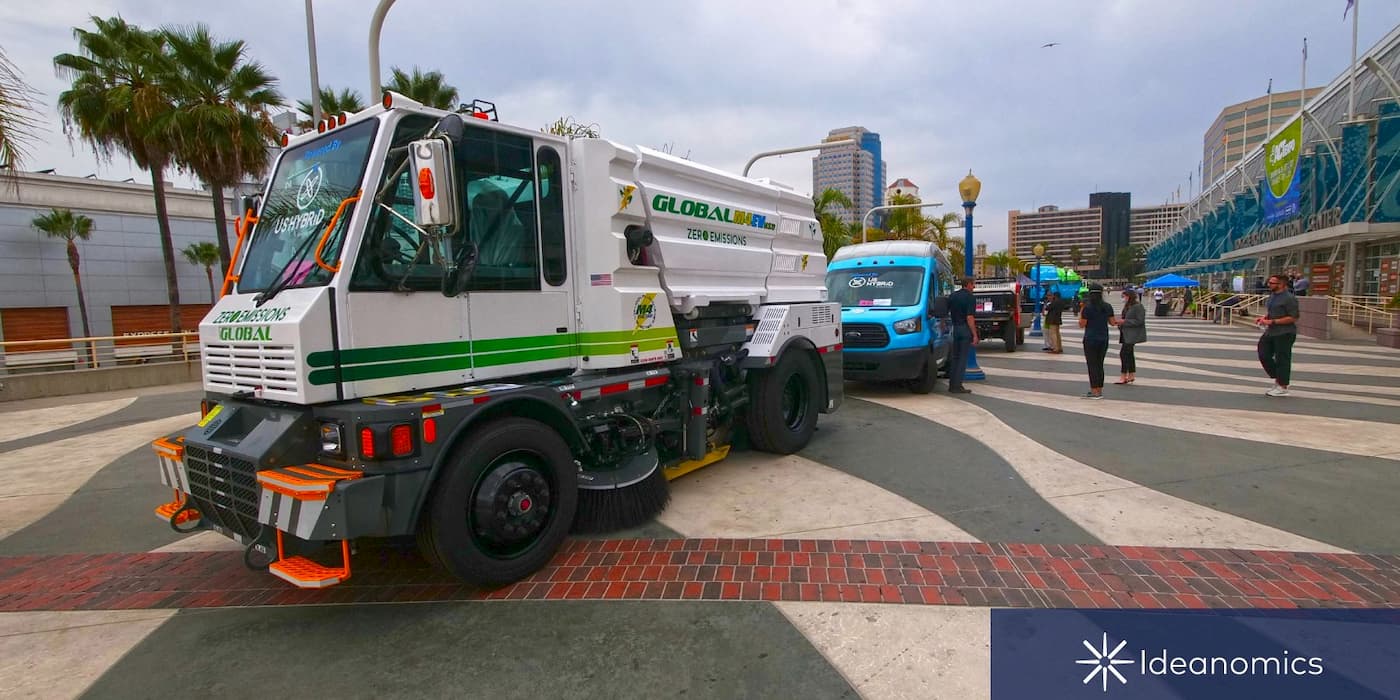 Street sweepers play a critical role in keeping our streets clean and safe. However, on top of brushing dust particles into the air, they also produce harmful emissions. Ideanomics now has a solution for this by using its electric platform to power the next generation of EV street sweepers.

The acquisition is part of Ideanomic’s larger-scale expansion strategy to use its existing electric solutions to power unique new classes of EVS, such as street sweepers.

For example, Ideanomics also bought out the Italian electric motorcycle company Energica in March. Though Energica is best known for its racing EV motorbikes with 150 mph capabilities, it’s the bike maker’s proprietary technology that Ideanomics sees as the jewel crown.

Energica uses a patented cooling system for maximum performance and a state-of-the-art vehicle control unit (VCU) that monitors the motor’s power, adjusting it at a rate of 100 times per second.

Along with acquiring Energica’s enhanced proprietary technology, Ideanomics also gained control of its business unit, Energica Inside, which helps electric motorcycle startups get a running start by giving access to its technology.

As Electrek’s own Micah pointed out:

Energica’s own tech could find its way into all sorts of EVs from scooters to zambonies to whatever else your imagination can dream up.

Although street sweepers may not be the first that comes to mind, their importance cannot be understated. Not only do they lessen the chance of a popped tire (instant worst day), but they also help prevent flooding and protect local waterways from pollutants and metals.

Ideanomics is not explicitly using Energica’s technology for this project, but it’s a significant part of its commercial expansion.

Ideanomics announced today that its subsidiary US Hybrid is building upon its original partnership with GEP to bring EV street sweepers to multiple major US cities.

Initially, US Hybrid teamed up with GEP in 2009, launching the first hybrid electric street sweeper in New York City. Since then, the commercial EV maker has made massive strides in its efforts to bring electric powertrain solutions to heavy-duty vehicles.

We care about our environment and believe in designing and building environmentally responsible products. Our long-standing relationship with US Hybrid ensures that we always have the most evolved, zero-emission technology available to us to ensure we can provide our customers state of the art zero emission technology they are looking for.

The partnership will bring 17 EV street sweepers to California through its Department of Transportation. Furthermore, NYC is in line to receive 30 hybrid electric and seven fully electric street sweeper EVs. Here are the remaining cities that have placed orders:

prevents nearly 90 metric tons of carbon emissions from entering the atmosphere over its lifetime and is significantly quieter than sweepers powered by a combustion engine.

The partnership expansion is a major step in Ideanomic’s plans to electrify commercial vehicles.