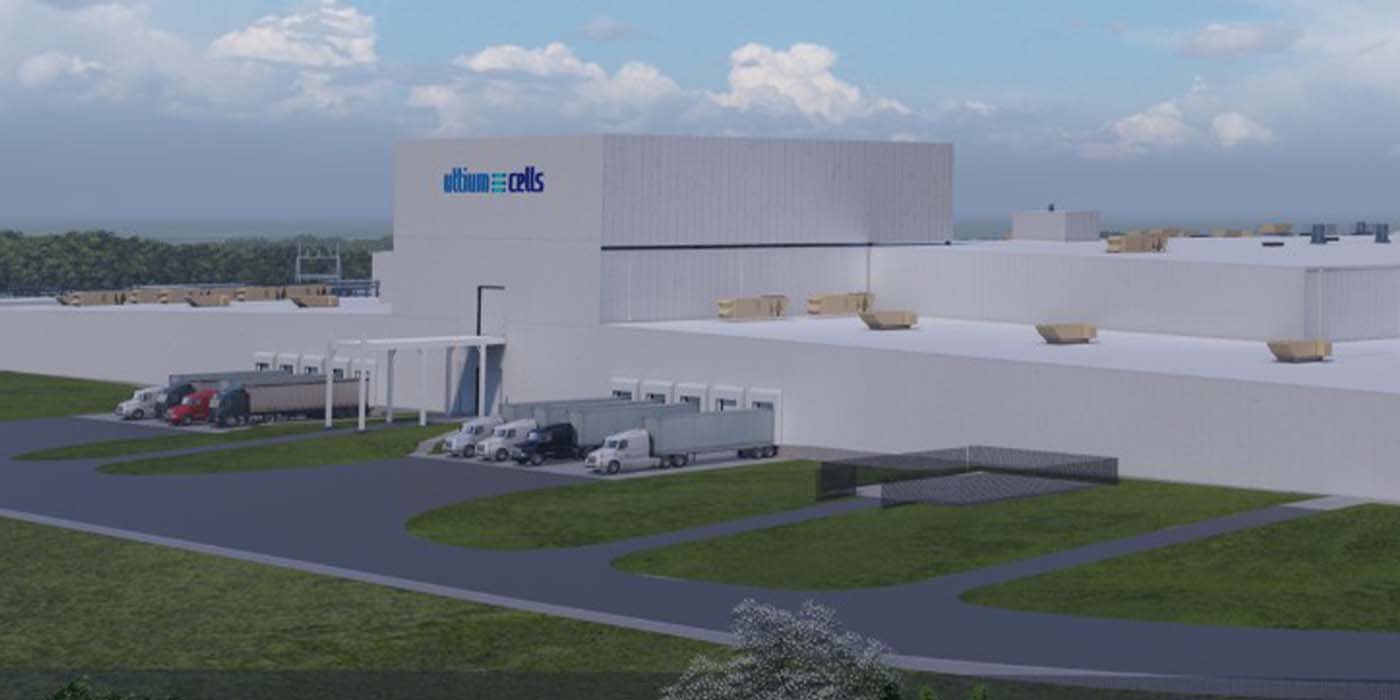 GM has officially begun Ultium EV battery production in the US as part of its $2.3 billion joint venture with LG Energy Solution. The JV’s 2.8-million square foot facility in Ohio is now assembling battery packs for the GMC Hummer EV, but remains hush on what other EVs in the GM family will receive them. Meanwhile, the American automaker continues to work through disputes as its battery factory employees look to unionize.

GM announced news of its own battery manufacturing facility in the US alongside LG, all the way back in late 2019, beginning in Ohio near its former facility it sold to Lordstown Motors. Lordstown subsequently sold the plant to Foxconn, but that’s a whole other story.

The Ohio battery plant joined Tennessee as one of two planned US facilities, until this past January when GM announced a third plant coming to Lansing, Michigan as part of a $2.6 billion joint venture with LG Energy Solution.

Together with LG, GM launched Ultium Cells, LLC, which recently received a conditional loan of $2.5 billion from the US Department of Energy to help manufacture batteries for the 1 million EVs GM intends to produce by 2025.

With a long-term supply of lithium lined up, GM and LG are poised to bring some serious EV battery production to US soil, which could prove fruitful to consumers buying GM EVs that qualify for federal tax credits under revised terms in the recently signed Inflation Reduction Act.

The GM vehicle that will receive the first Ultium batteries from the recently opened Ohio plant is the GMC Hummer EV, which definitely does not qualify for federal tax credits. However, there are plenty of upcoming EVs from GM brands that could benefit, we just need the automaker to confirm what vehicles will receive the batteries.

According the Detroit Free Press, the Ultium Cell LLC plant in Warren, Ohio is up and running, currently employing 800 individuals. The joint venture says it intends to employ 1,300 people by next year when Ultium battery production reaches full capacity.

A spokesperson for Ultium would not reveal when the Ohio facility began operations, citing such information remains competitive in nature, nor would they divulge which GM EVs will be receiving Ultium battery packs beyond the Hummer EV.

The electric Hummer and new Cadillac Lyriq are the only two Ultium EVs currently in production, but will soon be joined by plenty more, including all-electric version of Chevy Silverado, Blazer, and Equinox.

The Free Press also points out that discussions between GM/Ultium and the United Auto Workers (UAW) continue, as the latter works to organize a portion of the workforce in Ohio to unionize – a right the American automaker says it supports.

The UAW has shared a slightly different sentiment while the dispute appears to stem from the union’s preference to use a “card check” process to organize. This is usually a much quicker process than ballot elections, since a majority number of Ultium employees in a bargaining unit can sign authorization cards stating they wish to be represented by the union and are automatically repped.

According to a memo from June, Ultium has rejected UAWs request for the card check process. This week, UAW President Ray Curry shared the latest:

We have been in ongoing conversations with General Motors and Ultium, as we are with other employers building products in the sectors that we represent. The UAW believes that employers should respect the majority will of workers and that is why we demand card check and neutrality in organizing campaigns.

When Ultium was asked for the latest update, a spokesperson for joint venture said it “respects employees’ rights determine their representation status.”

Looking ahead, GM’s $2.3 billion plant in Spring Hill, Tennessee is expected to be completed by the end of 2023, followed by the Lansing, Michigan facility by late 2024. GM and LG have already shared considerations for a fourth US battery facility in New Carlisle, Indiana, estimated to cost another $2.4 billion.