Fucare HU3 electric scooter review: Here’s why I fell in love with this low-cost seated e-scooter 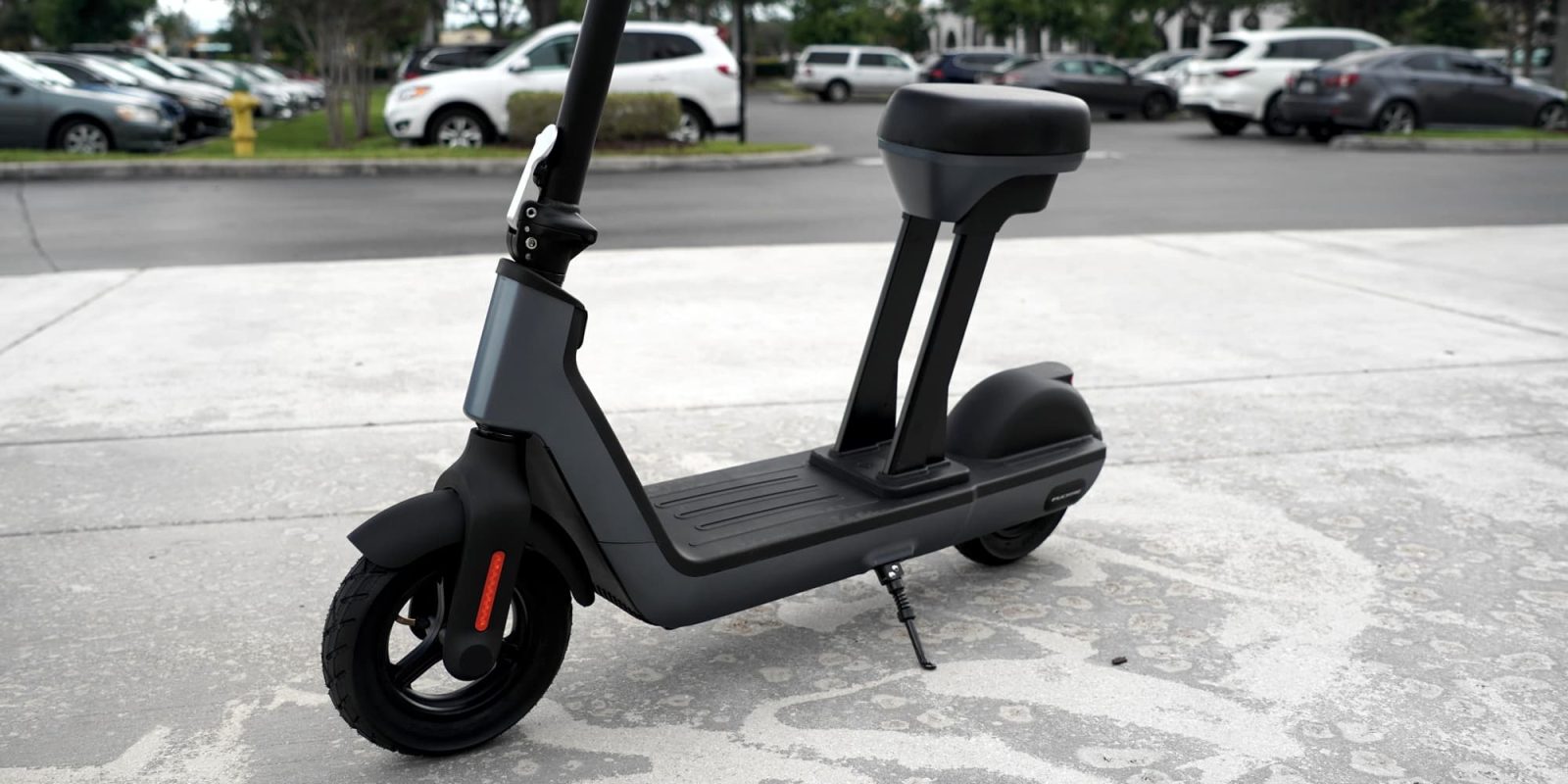 The Fucare HU3 Pro is an interesting new entry in the seated electric scooter market, offering a combination of cute design and low-maintenance construction. This sit-down ride is a fun and easy way to navigate an urban area, as I found in my recent testing.

Lightweight and minimalist seated electric scooters like the Fucare HU3 fill an important niche in the micromobility industry. They’re more comfortable to ride than standing scooters and yet are much simpler to use and maintain than electric bikes.

When I first saw the Fucare’s release earlier this summer and covered it on Electrek, I knew this was one I was going to have to get my hands on.

It took me all summer to make it happen, but I finally got one and began putting the miles on it to see how it rides.

Check out my testing video below to see what this fun little scooter is like in action. Then read on for my in-depth review!

You still get where you’re going, but you do it more comfortably. Your ankles aren’t vibrating. Your knees aren’t getting tired. You can easily put both feet down when you want low-speed stability. There’s just so much to like about seated scooters.

The downside though is that they can often be bulky and funny looking, since the seats are usually an afterthought addition. But with the Fucare HU3 Pro, they designed it right from the get-go to look good and function well, even with a seat on it.

The folding mechanism is mounted higher up on the stem to allow the bars to fold even with the seat taking up valuable vertical real estate. That means you can still fold the scooter to fit in a car trunk or a backseat.

On the performance side, a top speed of 20 mph (32 km/h) feels like a nice compromise between shorter commutes at higher speeds and, well, not dying on a tiny-wheeled vehicle. The 10″ tires are actually decently large compared to many electric scooters with smaller wheels, but 20 mph feels like as fast as I want to go on this thing. Any faster and I’m not sure I’d feel as safe.

Don’t get me wrong, the drum brake feels strong. I don’t doubt it will bring me to a stop. But this just isn’t the type of ride I grab for high-speed commuting. This is all about a small and convenient form factor that is fast enough. And 20 mph feels fast enough. Plus for just $799, how fast can you expect it to go?

The fairly large 576 Wh battery and the modest 20 mph speed combine nicely to offer a good range of around 40 miles (64 km). I can’t ever imagine going farther than that in a day – this just isn’t a long-trip vehicle. This is for hopping to campus or zipping down to the coffee shop. As such, I think that battery is going to last a week or more for many people using the Fucare HU3 Pro in an urban environment.

For those that use it in a more suburban environment, I still think you’ll get a couple days of use at minimum before you need to recharge.

Some other nice notes that I appreciated were the soft seat, built-in front and rear LED lighting, the built-in bell on the brake levers and the included bag clip for hanging your grocery bag (or gym bag, or purse, or whatever) from the handlebars right in the center.

Anyone who has hung a heavy-ish bag from the handlebars knows that once you get some weight whipping around quickly, those bars can become hard to control. The last thing you want in a small-wheeled vehicle is twitchy steering from unevenly weighted handlebars. So the bag clip is a nice inclusion.

I also like that the brake uses a drum brake setup. Sure, it’s older tech. But not only does it work great, it also doesn’t need adjusting like a disc brake does. And it works equally well when wet or dry (again, unlike disc brakes).

Two-wheel braking might offer even shorter braking distance, but I never felt like I didn’t have enough braking as it is. And there’s always the danger of front-wheel braking being too strong and causing an end-over crash on these short wheelbase seated electric scooters. So the rear brake setup on the Fucare HU3 Pro is probably a wise choice.

That being said, I have my complaints too. Even though the LCD screen is large, it’s hard to see in bright light. The contrast just isn’t very good.

The deck is also quite narrow. My shoes hang off either side when I ride it. That isn’t a huge issue since I can still weight the half of each foot that actually makes it onto the deck, but it’s not the most comfortable way to ride around. Having a wider deck would have resolved that issue, though it would have added to the weight too.

Another interesting market for these types of seated electric scooters is for those who have mobility issues. I’ve got a friend who has taken a few more trips around the sun than me and is passionate about his e-bikes. However, he can sometimes find them difficult after undergoing one hip replacement and staring down the barrel of replacing the other soon. After trying out the Fucare HU3 Pro, he fell in love with it for ease of getting on and off and ability to lower your feet just a few inches to touch the ground. It’s a lot more fun than traditional mobility scooters, and a lot less bulky too.

While I can nitpick at the design in multiple places, I’m mostly quite pleased.

The Fucare HU3 Pro scooter is quick, efficient, and fun to ride. It gets me where I need to go, takes up very little space when I’m not using it, and lets me be as lazy as possible.

Considering I run and ride bikes every day, the laziness doesn’t worry me. But if you’re switching from a bicycle to this, then maybe pick up another sport for your free time. I hear good things about pickleball.