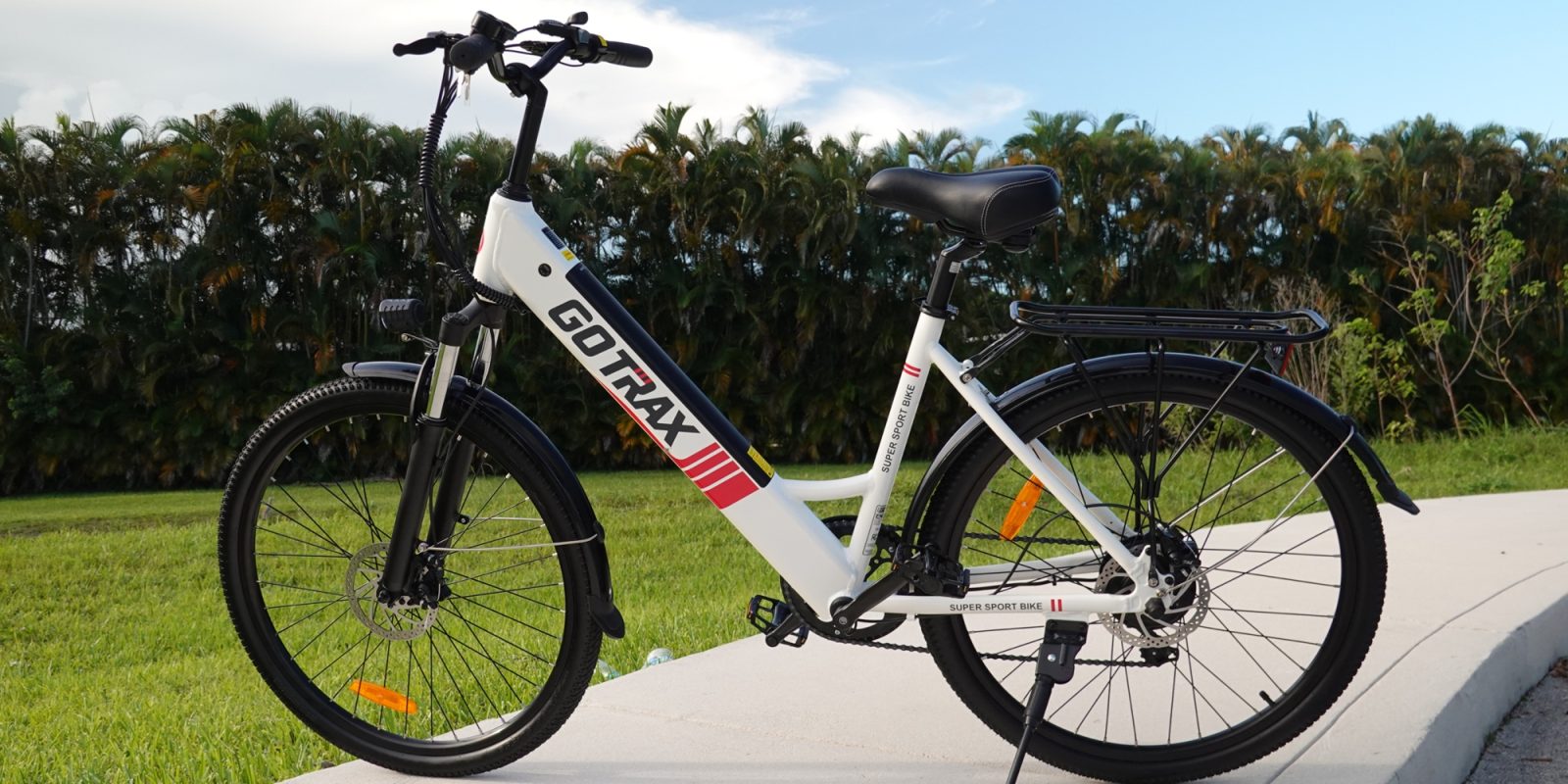 The GOTRAX Endura electric bicycle is the answer to the question, “What e-bike would you recommend if I wanted to spend as little money as possible but not get a pile of junk?”

It is far from the best e-bike I’ve tested, but it still scores major points for combining good-enough parts with a super-low price tag of $649. I’ve tested e-bikes that cut too many corners before, and this is not one of them. It makes some sacrifices that we’ll discuss, but it still lands a solid win in the end.

As much fun as premium e-bikes are, their high price tags can unfortunately limit such fancy e-bikes to riders who are fortunate enough to be able to afford those luxuries.

For several years now I’ve been using GOTRAX electric scooters, both testing them for work and personally using them for my own around-the-town needs.

Now it’s time to see if they can do the same thing for electric bikes.

To see the GOTRAX Endura in action and hear my thoughts on the e-bike, check out my video review below. Or just keep reading while I break it down for you in the rest of my review.

Scooters are convenient little two-wheeled electric vehicles, but there’s just not that much to them.

E-bikes, on the other hand, have a lot more going on. There are two independent drive trains, more touch points, larger wheels to deal with, more cable runs, suspension, etc. So it’s not as simple as scaling up GOTRAX’s scooter experience.

Even so, I’d say they did a pretty good job here. The Endura is a comfortable bike to ride, and you wouldn’t guess it’s just $649. In other words, it doesn’t ride like a cheap bike.

I will say that I’m more impressed with the quality of the electrical side of the bike than the mechanical side of things, and we’ll touch on the reasons why. But let’s start with the electronics.

Right off the bat, I can tell you that the performance isn’t exciting thanks to the low power 250W motor and 36V electrical system, but it still works quite well. It won’t get your adrenaline pumping, but it will give you an enjoyable, leisurely ride.

The pedal assist system provides a nice, relaxed boost and the throttle lets me be lazy if I want the bike to do most of the work. The Endura only has a 270 Wh battery, which is rather small by today’s standards, so I tended to ride more with pedal assist to eek out as much range as possible from the battery. But with a top speed of 15.5 mph (25 km/h), even riding at top speed on throttle-only doesn’t ding the battery too hard. And let’s be honest: with such a low power motor, we’re not talking about a lot of electrical muscle here.

So even though this isn’t a high-performance e-bike, it has fine performance considering the price. And it even goes above and beyond in some circumstances, such as the nicely integrated battery. If you spent the same money on a random Amazon e-bike, you’d likely find tacky-looking bolt-on batteries or sometimes even batteries mounted in a bag on the handlebars. But the GOTRAX Endura has a slick-looking integrated battery that locks into the frame and can be removed for charging. Or, well, I should say MUST be removed for charging. That’s the one annoying thing about the battery – you can’t access its charge port without removing it from the bike.

That little quirk is a bit annoying, but all in all the electrical side of things is quite nice. The battery is small but nicely integrated. The motor is also small but works just fine for flat land cruising – even if it can’t handle huge hills on its own. There’s also pedal assist and throttle to choose from, which is a big advantage over pedal assist-only e-bikes. The display isn’t fancy but works just fine as an LED dot display, and you even get a headlight that runs off the main pack. There’s no tail light, but I’m not about to complain too hard there, considering I’ve seen e-bikes at three times this price without a tail light either.

So the electronics are actually pretty good. But back on the bike component side of things, it’s a bit hit or miss. I’m glad to see they invested in the electronics, but there’s certainly room to go a bit higher on the bike parts.

For example, the front fork leaves a lot to be desired. Sure, it’s nice to have suspension, but at what cost? It just doesn’t feel sturdy like a good suspension fork. I might have preferred a rigid fork that I at least know should last for years. And I don’t know anything about this tire brand other than it’s some random Chinese tire manufacturer. I didn’t expect Maxxis here, but I also thought I might at least get a pair of entry-level Kendas.

The shifter and derailleur are also on the bottom end of Shimano’s hierarchy. Not bad, but not great either. Of course for an e-bike like this that is basically a pleasure cruiser, they’re certainly sufficient.

The graphics aren’t particularly interesting and feel a bit stuck in the early 2000s, but at least the bike otherwise feels solid. The “super sport” decals are laughable considering the low power of the bike, but I prefer to think of them as being used ironically.

So while we can definitely see the areas where GOTRAX cut a few corners to bring the cost down, they surprised me with a few key details at the same time. There’s the saddle that is actually quite comfy, and the inclusion of fenders as standard equipment. Even the rear rack comes standard – saving you some serious bucks compared to e-bike companies that charge extra for lights, fenders, and racks.

What’s the long and the short of it?

Ultimately I’d still recommend this e-bike to anyone looking for a good, ultra-cheap e-bike.

I didn’t expect to like such a low-cost bike this much, but I can totally see a place for it. I just think it’s important to judge it within its class. I can’t compare it to a $2,000 e-bike, but I can confirm that it blows away other e-bikes in its price class.