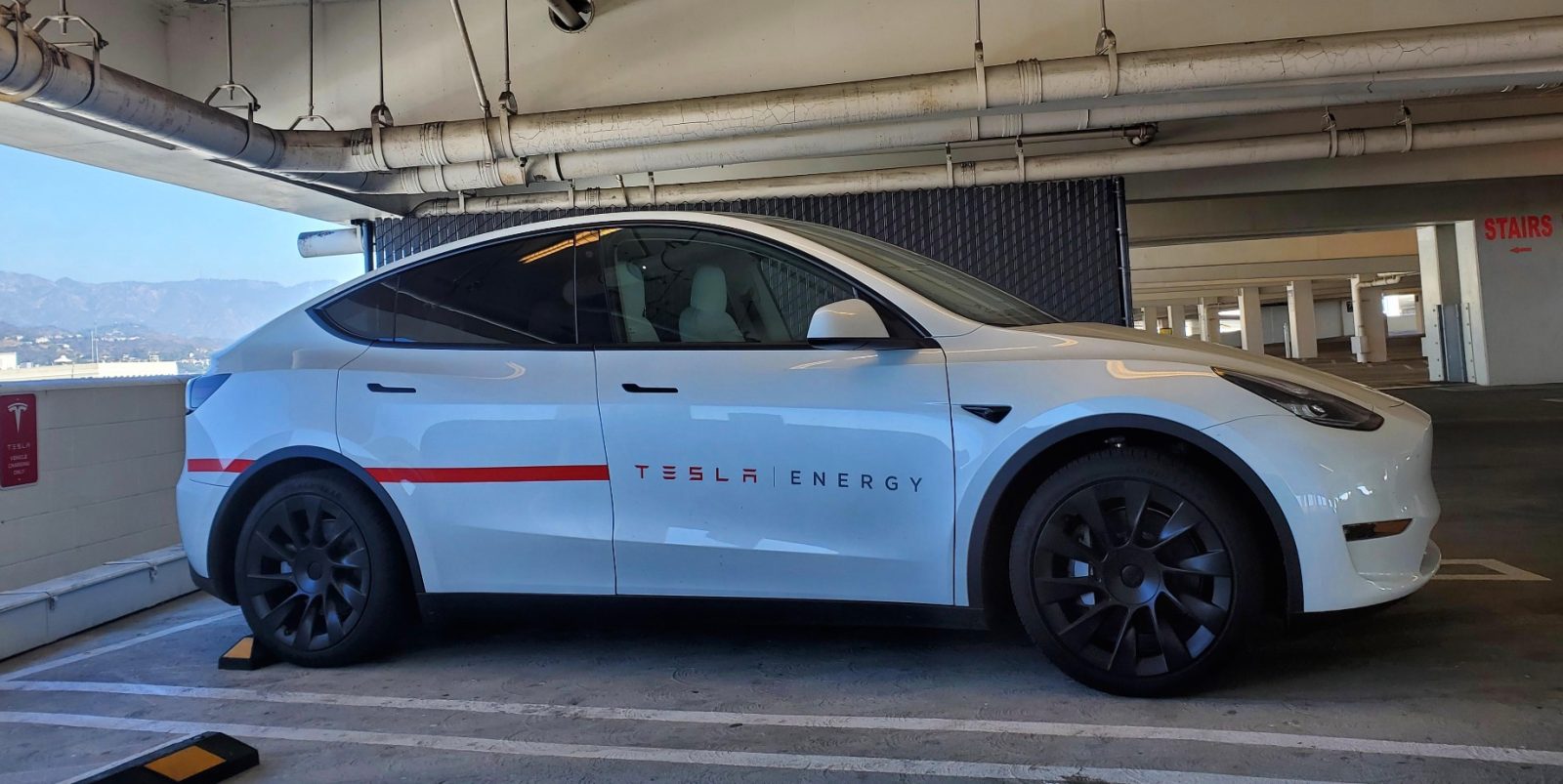 Tesla has started converting its Tesla Energy fleet to Model Y electric SUVs and Model 3 sedans, getting rid of their gas-powered vehicles.

When Tesla Energy shows up at a customer’s home, it does with vans and cars powered by gasoline, which isn’t the best look for the world’s leader in electrification – but Tesla is looking to address that.

The automaker has already integrated some of its own vehicles in its energy fleet for site surveys and things like what is pictured above (picture via u/demuhnator on Reddit), but now it is expanding the use with vehicles for installations and more.

In a Tesla Energy-wide company meeting obtained by Electrek yesterday, a Tesla manager confirmed that the company has been integrating Tesla Model Ys and Model 3s into its fleet:

We have been doing a great job working with our vehicle teams to get us into some Model Ys. We already got the first batch deployed across the country in different offices, and our plan is to continue electrification by getting Model Ys and Model 3s to replace every vehicle that they can one for one.

Looking over the course of this next quarter, we are really going to start getting rid of the Chevys we have in our fleet and some of the Sprinter vans and the other vehicles where applicable to replace them with Model 3s and Model Ys, so that when we install at a customer’s house, we are showing up with a fleet of Teslas.

Tesla Model 3s and Model Ys are not necessarily the best-equipped vehicles for that purpose, which is why Tesla has been using vans, but the automaker has been adapting its own vehicles when possible.

In 2018, Tesla started moving its own mobile service fleet from vans to Model S vehicles that had a modified interior to fit tools:

Tesla could do something similar with its Model Y to be able to easily fit solar panels and Powerwalls for installations.

Soon, you could see Tesla showing up for your solar installation with Model Ys and Model 3s.