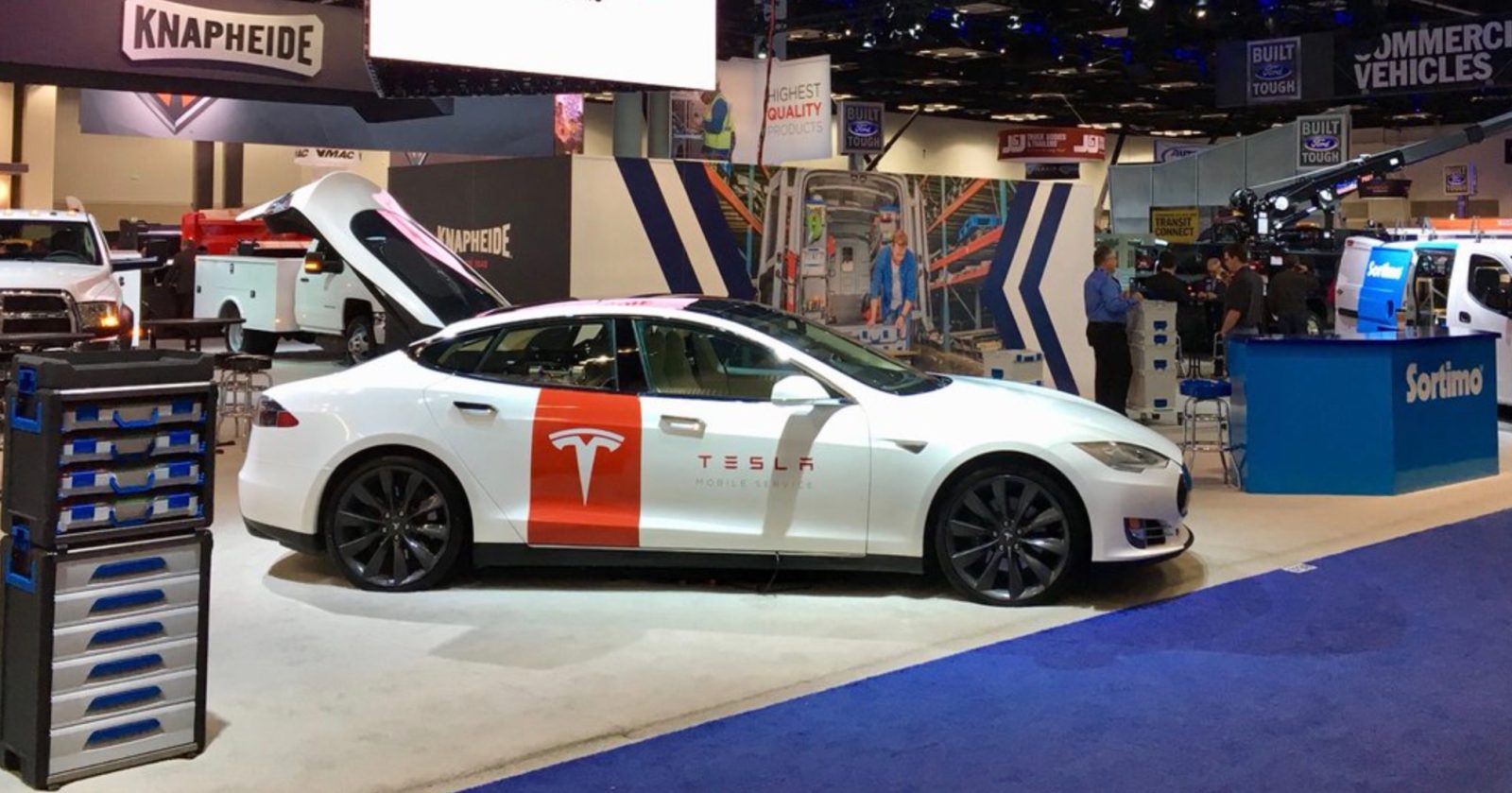 Tesla has been increasingly relying on its mobile service fleet to improve its coverage as its customer fleet is rapidly expanding.

The automaker even developed a new custom Model S mobile service vehicle in order to phase out the use of gas-powered vans in its service fleet and now we get a closer look at the vehicle.

We didn’t think that it was very cool to show up to fix an electric vehicle with a combustion engine van. It really bugged us. Some really savvy technicians on our team figured out how to retrofit Model X to fit all the tooling and parts needed to do service.

They are apparently also fitting the Model S with the equipment since Sortimo, a Germany-based mobile tooling company, brought one of those cars to the Work Truck Show 2018 in Indianapolis last week (Pictures via Sean M. Lyden on Twitter):

Tesla apparently partnered with the tooling company to remove the Model S’ back seat and instead fit tool racks in the trunk of the vehicle.

It’s a lot of equipment to fit in a sedan and a big change from their ICE service vans, which they claim could fix over 80% of the issues on Tesla’s vehicles (pictures via Dagery on Reddit):

The new vehicles will apparently be an important part of Tesla’s service strategy going forward since it recently doubled down on its mobile service program.

As of last quarter, Tesla says that mobile service is already responsible for 30% of service jobs in North America.

And now I kind of want to see the custom Model X mobile service vehicle, which is probably more appropriate for this kind of job than the Model S due to its bigger size.

If you see one, please let us know and take some pictures.