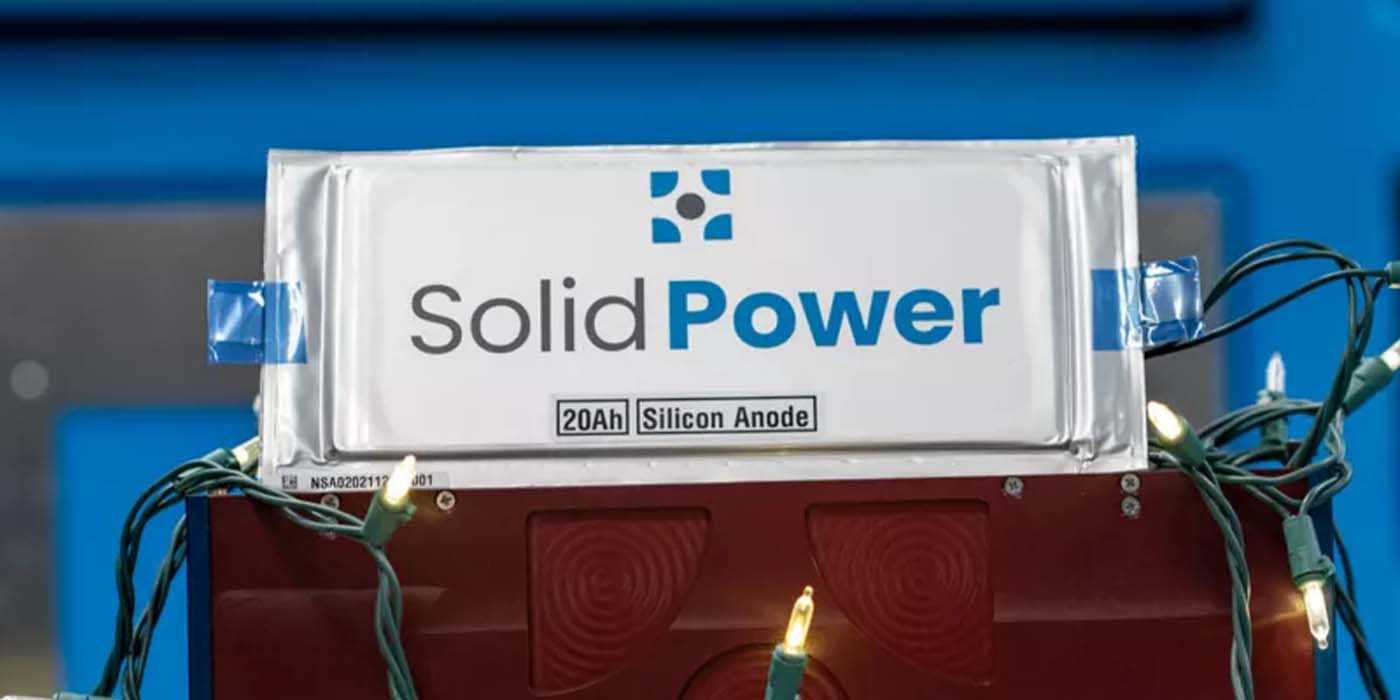 Solid Power caught our eye back in 2017 when BMW announced a major investment in it. Other major companies on board include Hyundai Motor Group and Samsung. In 2019, Ford joined the solid-state investment party to help get the company’s silicon anode technology over the finish line.

Ford was later part of an additional $130-million-dollar financing round last year, which also included BMW. Soon thereafter, Solid Power shared news of a partnership with automotive battery supplier SK Innovation to jointly develop solid-state battery cells for the automakers above in addition to other OEMs in the future.

This past June, Solid Power announced it had completed installation of its pilot manufacturing line to begin assembling and testing solid-state EV cells, some of which will be sent to Ford and BMW.

Following its Q2 2022 financial report today, Solid Power remains on track and will soon be testing even more powerful, EV-scale solid-state battery cells at its own facilities.

Solid Power shared details of its financials in a press release coinciding with its Q2 earnings call with investors this afternoon. Revenue for the second quarter of 2022 was $2.6 million, adding up to a total of $4.8 million for the first half of this year. This is quite a jump compared $0.6 million in revenue in Q2 of 2021 and $1 million for the first half of 2021.

The company’s operating loss was $14.7 million this quarter, which it says was anticipated due to larger investments in product development and scaled operations. Still, Solid Power’s total liquidity was sitting at $534.2 million as of June 30, 2022.

Here are some of the key highlights to note on the solid-state production side:

Lastly, Solid Power shared that it intends to begin the automotive qualification process for its EV-scale Silicon EV cells, officially kicking off the approval process to get them into production vehicles on roads.