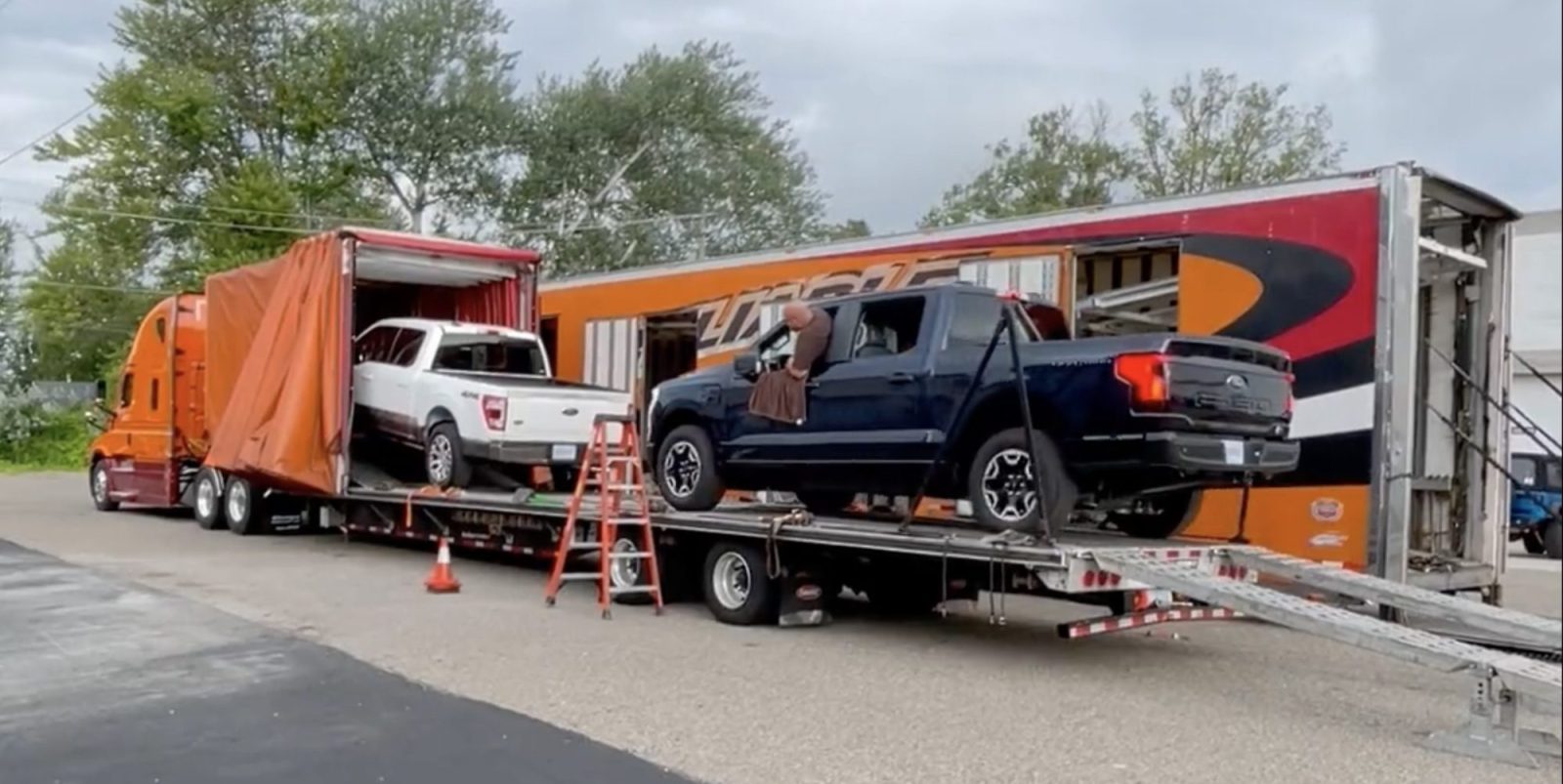 Ford has sent two electric F-150 Lightnings to help with the Kentucky flood response, providing mobile power for crews to help get 10-15 families back in their homes per day.

Heavy flooding hit Kentucky at the end of July, with 37 deaths so far and tens of thousands of Kentuckians losing electricity. Water levels set all-time records in the region, and the flood is being described as a “thousand-year flood,” with the National Weather Service stating that a weather event like this only has a 0.1% chance of happening in any given year.

Extreme weather events like this are becoming more common due to the climate crisis, with “thousand-year” events happening much more frequently than they should due to disrupted weather patterns because of human effects on the climate.

Electric vehicles reduce carbon emissions from transportation, which helps to reduce human impact on our climate. If all transportation is electrified, severe weather events like these will be less common than if we continue burning fossil fuels for transportation.

But that’s not the only way EVs are helping to clean up these disasters. As recovery efforts have started to shape up, power outages mean that disaster response crews must find a way to bring their own power to sites. And the new F-150 Lightning has provided that for some crews.

The electric F-150 Lightning comes equipped with what Ford calls “Intelligent Backup Power,” which allows the truck to be used as a power source for a home. It also has multiple outlets in the truck bed to plug power tools into (Ford calls this “Pro Power Onboard”). These technologies are commonly referred to as “vehicle-to-home” or “vehicle-to-load.”

The truck can optionally provide up to 9.6kW worth of power through ten 120v outlets and one 240v outlet. (The base model has eight 120v outlets capable of 2.4kW.) With the base 98kWh battery, that power could last 10 hours at full draw – but much, much longer than that in practical use, since crews won’t max out the draw of the vehicle for hours straight.

This allows crews to run power tools, lights, and fans to help clear debris from roads and conduct “muck outs” of flooded homes. The truck platform is easier to set up than a generator, which reduces downtime for the crew. Plus it eliminates the additional noise, smell, and emissions of portable gasoline generators.

Nonprofit Team Rubicon, which runs natural disaster response efforts, said each F-150 Lightning can support a crew of 5-7 workers who can get 10-15 families back into their homes per day, as reported by the Detroit Free Press. For today’s efforts, Ford has provided two F-150 Lightnings and two F-150 PowerBoost hybrids.

Team Rubicon used F-150 hybrids in previous hurricane relief efforts, which can also be used as mobile generators to run tools, though this involves running the truck’s engine.

A common question for EV owners/advocates is “but what do you do when the power’s out?” or in the case of a natural disaster. We’ve seen several times that EVs can be more resilient in disasters. Gasoline distribution networks are complicated and more subject to disruption than electricity – and gas stations don’t run when the power is out, anyway.

So natural disasters provide another example of the strengths of electric vehicles, especially when equipped with vehicle-to-load and vehicle-to-home systems like Ford’s F-150 Lightning and other vehicles like the Rivian and Ioniq 5.