Ford shares more details how its F-150 Lightning can replace the need for a Tesla Powerwall or loud, dirty generator 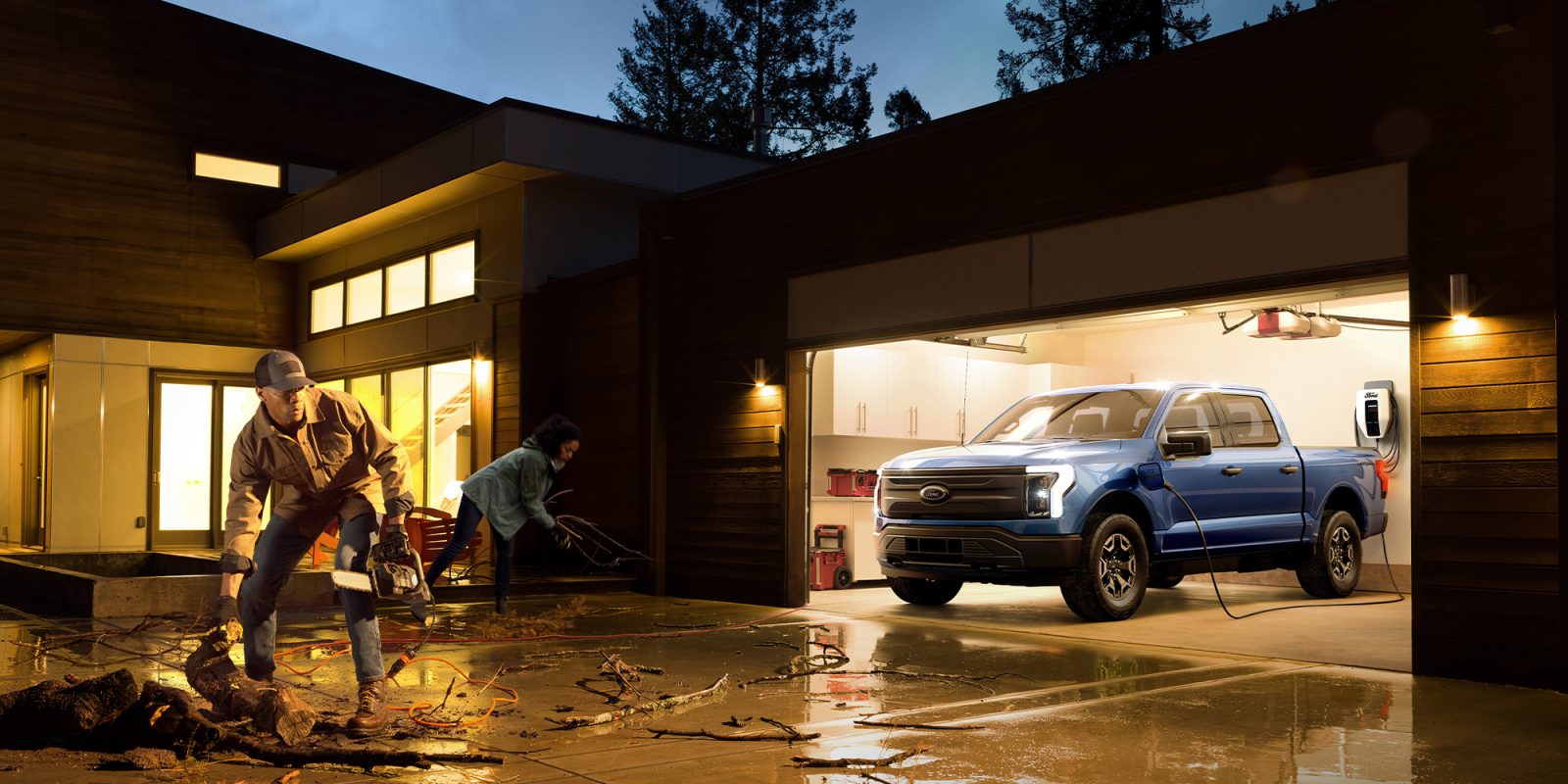 As Ford Motor Co. approaches first deliveries of its all electric F-150 Lightning this spring, it has shared new details regarding how future owners will soon be able to power their homes using the truck as a backup generator. Through a new partnership with Sunrun, F-150 Lightning customers will soon have a number of energy management solutions at their disposal through Ford or existing equipment.

In May 2021, Ford unveiled an all-electric version of its long-running, best-selling F-Series pickup, donned the F-150 Lightning. As of December 2021, Ford had over 200,000 Lightning reservations, leading the American automaker to double its electric pickup production capacity not once, but twice.

When Electrek got its first up-close look at Ford’s F-150 Lightning last May, one of the most exciting features we learned about was the pickup’s ability to act as its own energy source, whether its powering tools on a job site, or working as a backup generator for your home.

Ford’s “Intelligent Backup Power” offers Lightning owners the ability to offload 9.6 kW of power, alleviating the need for gas generators while keeping the lights on – and powering home appliances, security systems, etc. – during any sort of outage, all from your main electrical panel. And not just for a few hours, but a few days.

Since then, we have seen the Lightning’s bi-directional charging capabilities in action, replenishing other EVs at Level 2 speeds. We’ve also learned of the automaker’s new holistic charging system, called Ford Pro Charging, that caters to fleet customers charging at depots and at home.

As the F-150 Lightning approaches first deliveries in March, Ford has shared further details on how its Intelligent Backup Power will work and what infrastructural hardware will soon be available to customers.

Ford’s F-150 Lightning can act as a clean energy generator.

The automaker shared new details of its Intelligent Backup Power system alongside news of a new partnership with Sunrun, the largest solar company in the United States.

Sunrun is now the preferred installer of Ford’s home charging solutions for the F-150 Lightning and will also offer truck customers the opportunity to install solar arrays where available. Ford charging and energy services director, Matt Stover spoke on the partnership:

F-150 Lightning brings new innovations to customers, including the ability to power their homes when they need it most. Teaming up with Sunrun leverages their expertise to bring solar power to even more customers, giving them the chance to turn their truck into an incredible energy storage source – and future truck features can help accelerate the development of a less carbon-intensive grid.

To take advantage of Ford Intelligent Backup Power, F-150 Lightning customers will need both the Ford Charge Station Pro and the Home Integration System. The latter was developed alongside Sunrun and is comprised of a power inverter, dark start battery, and transfer switch to enable the bi-directional flow of power in the home.

Ford Intelligent Backup Power, combined with Home Integration System, allows your F-150 Lightning to automatically kick in like a generator to power your home if the grid goes down. When power is eventually restored, the system automatically reverts back to utility power.

Consumers who purchase a Ford F-150 Lightning with the extended battery pack will automatically receive the 80-Amp Ford Charge Station Pro delivered to their home and Sunrun will reach out to assist with installation. However, those extended-range customers will still need to purchase the Home Integration Kit.

If you didn’t reserve your F-150 Lightning with the extended-range battery, don’t sweat. Standard range customers can still upgrade to Ford Intelligent Backup Power by purchasing the Charge Station Pro and Home Integration System separately and paying an activation fee.

According to Ford, an F-150 Lightning with the extended-range battery can power a home for up to three days based on the energy use of an average US home (30 kWh per day). If a customer rations their home’s energy and utilizes solar power, that number can increase to up to 10 days.

The Home Integration System can connect to your electric vehicle, solar array, and two stationary storage devices. Customers are encouraged to use Sunrun, as Ford’s official installer, to determine the best route for home charging installation, whether it’s with existing equipment like a Tesla Powerwall or a new Ford Charge Station Pro.

Ford’s charging solutions will not work with 100% of third-party devices, but they can work with some of them. It is best to consult with Sunrun or a licensed electrician to determine which solution will work best for your home.

We also asked Ford if F-150 Lightning owners could simply run a 240V generator cable from the 7.6kW 240V outlet in the truck bed to an already existing generator port which many homes already have. They said that was uncertain though it should be able to do this. While it won’t work automatically, this would be a popular bespoke method of powering the home even without all of the Home Integration kit and SunRun costs.