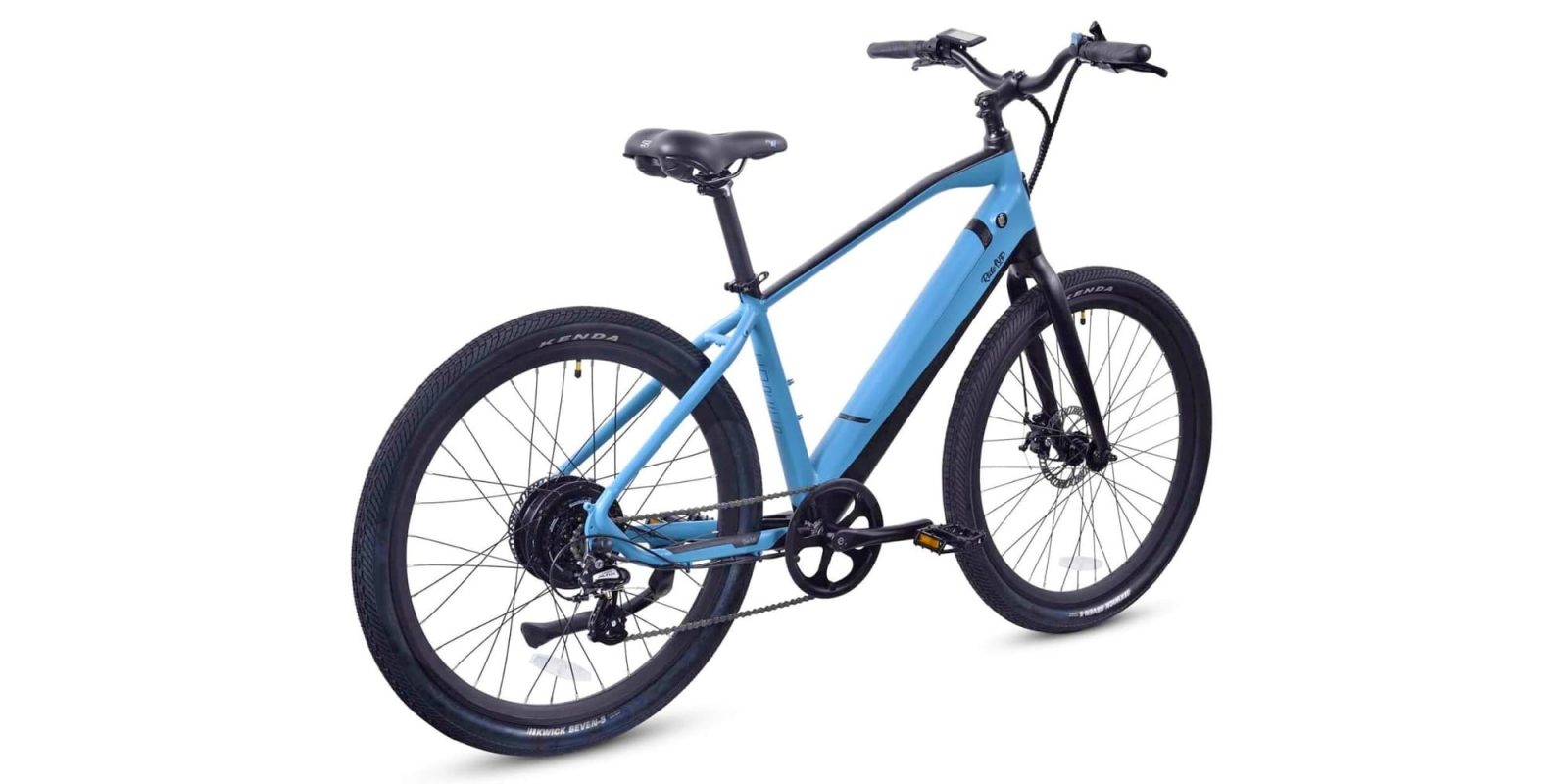 Ride1Up’s Core-5 electric bike has received an upgrade to improve its already popular position as a cost-effective $1,195 commuter electric bike.

The first major update to the Ride1Up Core-5 appears to be increasing the battery capacity to achieve longer range.

Boosting battery size has been a popular move lately, with e-bike companies taking advantage of the wide range of battery cells on the market to opt for more energy dense options; that results in an e-bike battery that is the same physical size and shape, yet manages to stuff in more capacity for longer range.

In the Ride1Up Core-5’s case, the 48V and 10.4Ah battery got a boost to 12.8Ah, adding nearly 25% more capacity, and thus, nearly 25% more range. The new 614 Wh battery is still a recessed battery that hides in the frame’s downtube. It is lockable yet removable for charging either on or off of the e-bike.

The other main update to the Ride1Up Core-5, which is available in either a step-over or step-through frame style, appears to be the inclusion of a headlight.

I’ve tested nearly every electric bike in Ride1Up’s lineup by this point, and I’ve long taken shots at the company over the few models that still don’t have a headlight. Most of the company’s models include LED lighting, but their two most affordable models have lacked that feature. Now it looks like Ride1Up is fixing one of the few complaints I could find on one of the last remaining headlight-less electric bikes it offers.

Notwithstanding, Ride1Up decided not to increase the price of the Core-5. The company is still charging the same $1,195 price, despite offering nearly 25% more battery capacity.

The move is all the more surprising considering that price increases have become common across the electric bike industry this year.

Having tested so many of Ride1Up’s e-bikes in the past, I’ve gotten a pretty darn good feel for the company and its operating style.

The San Diego, California-based electric bike company has long been focused on two main strategies: offering a wide selection of commuter-optimized electric bikes with better performance than the competition and doing so at a better price.

Ride1Up has also expanded its offerings significantly this year. The company rolled out its first ever cruiser-styled electric bike known as the Ride1Up Cafe Cruiser. The bike is certainly more laid back and relaxed than the rest of the company’s lineup, but still takes commuter inspiration such as the fast speeds, sturdy fenders, built-in lighting, and urban tires. There’s even a large rack with a passenger package for carrying friends or kids on back. Check that e-bike out in my video review below that I made during some fun testing earlier this year.

The company also added its first mid-drive electric bike, opting for a high quality German-made Brose motor in the Ride1Up Prodigy. It’s also the company’s priciest option in the lineup at $2,295, but those high quality parts would add up to a four-digit price tag starting with a ‘3’ from most other name brand manufacturers.

The Ride1Up Core-5 may be the model getting the upgrades today, but with this pace of development, it is anyone’s guess what is coming next from this heavy-hitting electric bike company.