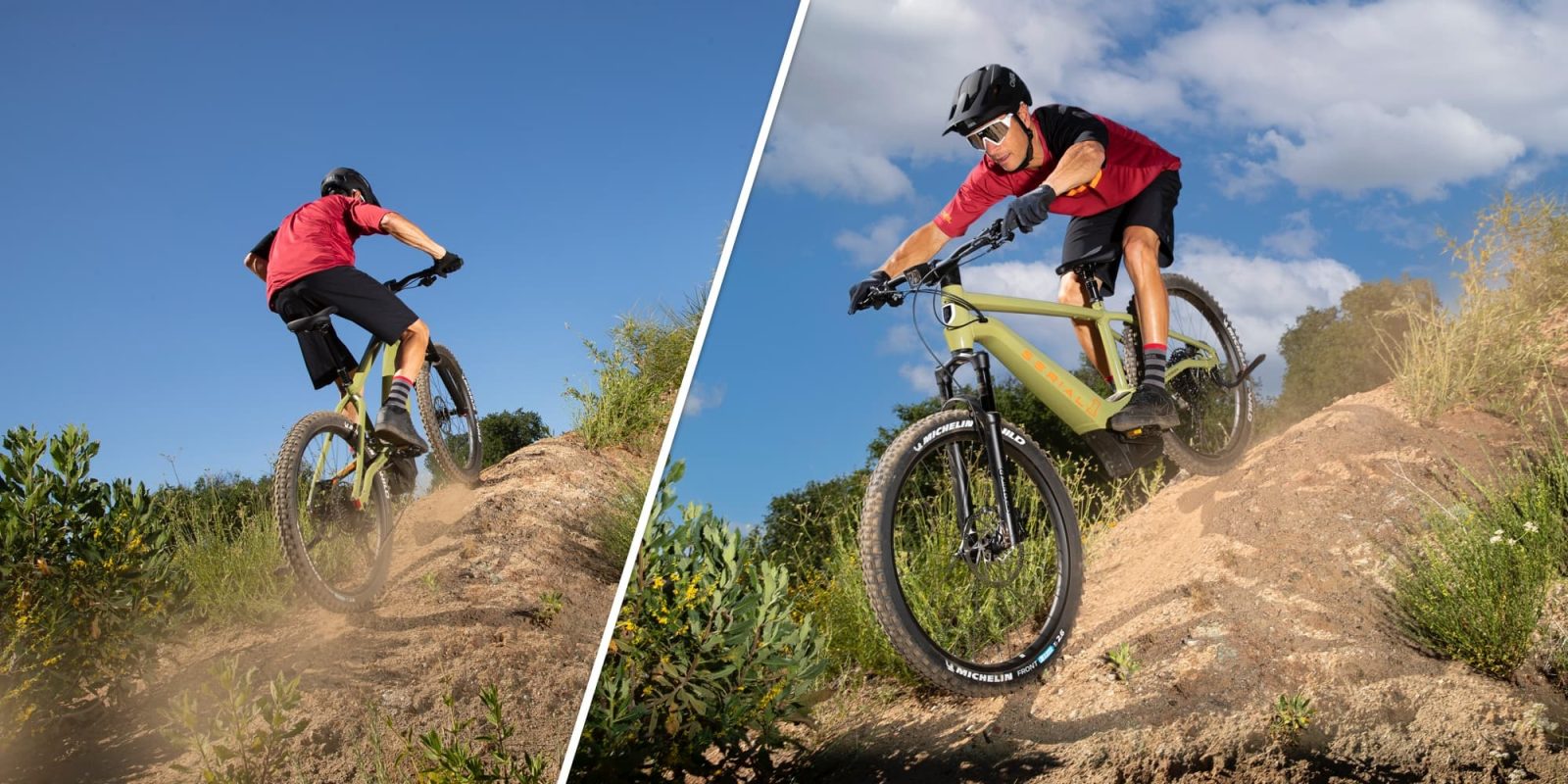 The BASH/MTN used a similar-looking frame design to the rest of Serial 1’s e-bikes.

While the shared frame design created with hydroformed aluminum tubes and sporting internally routed wires and cables has largely won praise in the industry, the BASH/MTN bike unveiled a few weeks ago left many scratching their heads and wondering why the trail bike’s frame was paired to a rigid fork.

As it turned out Serial 1 already had a front suspension bike – commonly referred to as a hardtail – in the works, which the company rolled out this morning.

The brand described the SWITCH/MTN in its own words, saying, “Extremely off-road capable, SWITCH/MTN has the performance to satisfy an expert rider, but careful attention to fit and fine details ensure that our latest eMTB is just as accessible and accommodating for riders who are just beginning their off-road adventure too.”

The vast majority of our world is unpaved. Fire roads, Jeep trails, singletrack paths, terrain parks, ski hills, state forests—there are so many great destinations to explore on two wheels and SWITCH/MTN, with its powerful motor, large-capacity battery, fully adjustable front suspension, and wide-ratio 1×12 drivetrain, has the all the performance and capability to take you anywhere you want to go.

If many of the parts look familiar next to Serial 1’s other urban e-bikes, that’s because they share the same DNA. The SWITCH/MTN is built on a similar foundation, including the same 90 Nm mid-drive Brose S Mag motor and proprietary in-frame 529 Wh removable battery developed in part by Harley-Davidson’s LiveWire motorcycle engineers.

They bite down on large 203 mm rotors that are a full 2.3 mm thick, all but eliminating the chances of brake fade when bombing long downhill segments.

Coming from someone who has accidentally stared directly down the barrel of that headlight (and barely lived to tell), I can confirm that the name is apt.

The SWITCH/MTN is also app controlled, taking advantage of the recently announced partnership with Google Cloud to make the bike more connected than ever. And to keep your phone charged up, the bike includes a 10W USB-C charging port on the handlebars.

Pricing starts at $4,499, and the bike is available now either online or at various Harley-Davidson and LiveWire dealerships.

While we haven’t had a chance to try the new Serial 1 electric mountain bikes yet, you can take a look below at our first ride on the company’s street-oriented models when we took them for a spin in Milwaukee before their public release.