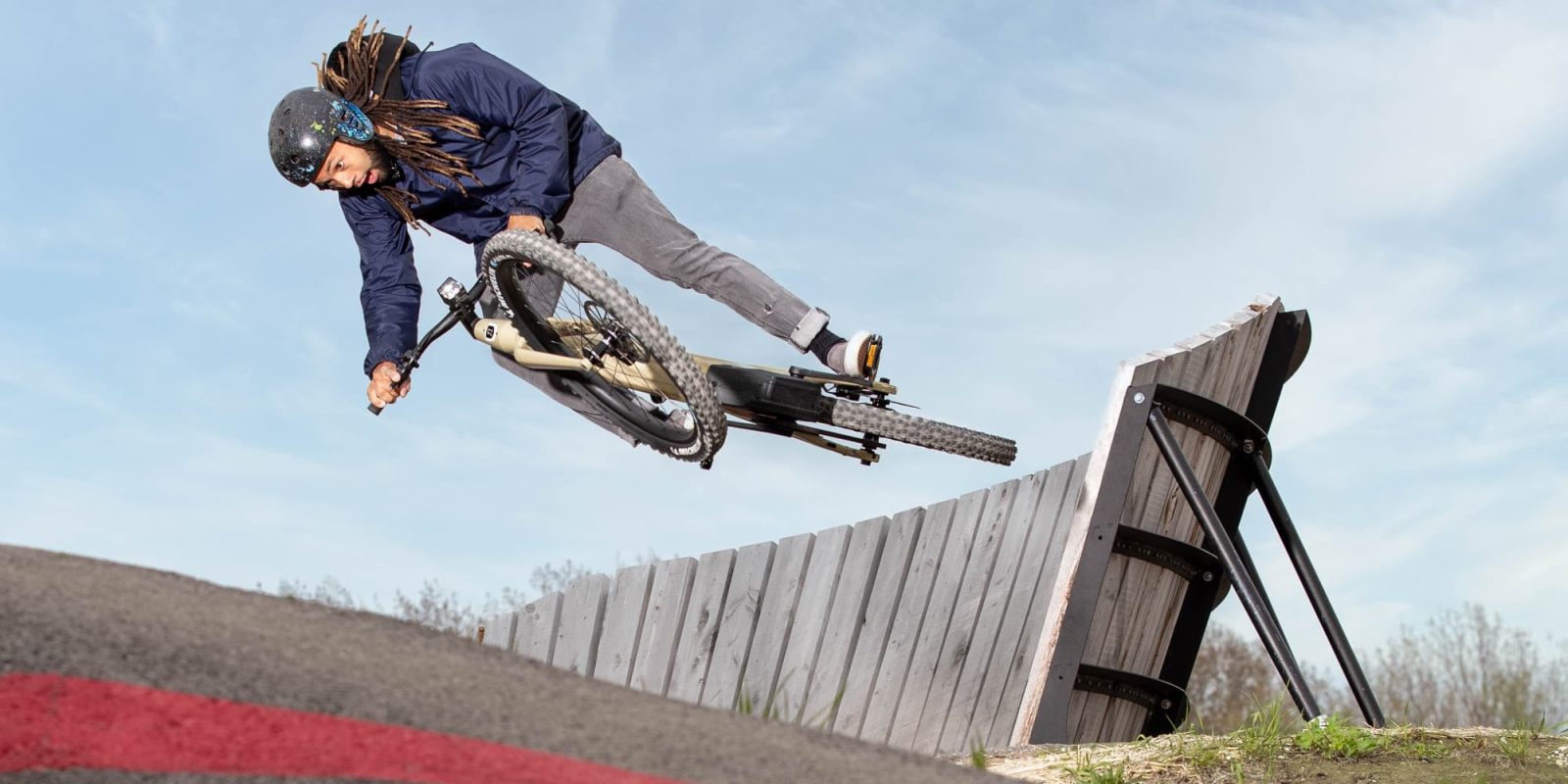 When Harley-Davidson spun off its electric bicycle division into Serial 1 and then released several models of urban e-bikes bearing the “/CTY” suffix, the company was dropping a fairly heavy hint that non-city electric bikes would soon follow. Now Serial 1 has made good on that heavy foreshadowing, unveiling the brand’s first electric mountain bike known as the BASH/MTN.

The Serial 1 BASH/MTN is built on a similar frame to the existing MOSH/CTY, which makes sense since that model is often referred to as an “urban playbike.”

It may be a rigid, single-speed bike, but it’s been seen riding stairs, dropping in on skate parks and basically performing all sorts of crazy stunts you’d never expect to see a simple commuter e-bike tackle.

Now the company is taking it one step further by turning it into an even more ruggedized electric mountain bike, with a bit of a throwback to the early days of mountain biking before suspension entered the mix.

That should be an advantage for riders, as Serial 1’s brand director Aaron Franks explained:

Less is more. That’s the promise of BASH/MTN. No fussy suspension to tune, no finicky drivetrain to adjust—just two wheels, one gear, and one purpose, to provide the most direct connection between you and the trail. The less you worry about managing and maintaining technology, the more you can focus on enjoying every ride.

The bike isn’t entirely without suspension, thanks to the inclusion of a suspension seat post. But considering the type of air they’ve shown the bike getting and the type of hardcore riding it’s been put up against, it seems the lack of traditional frame suspension or gears hasn’t held the BASH/MTN back from… well, anything.

The 48.8 lb. (22.1 kg) BASH/MTN may feature a similar frame as the MOSH/CTY, but it also packs in some dedicated parts designed to help it tackle new stomping grounds. That includes high-traction Michelin E-Wild knobby tires and high-power quad-piston TRP hydraulic disc brakes.

The BASH/MTN is the second offering from Serial 1’s “Select Series,” which is a limited-edition run of special production e-bikes. The first model in that line was an elegant reproduction of Serial 1’s first concept bike, a model that nearly broke the internet when it was first unveiled. That white-tired vintage-inspired e-bike sold out nearly instantly.

Now Serial 1 is certainly hoping for a repeat performance with this second new model in the Select Series.

As part of this new limited series production, only 1,050 BASH/MTN e-bikes will be produced. Half will be sold in the US and the other half will head across the pond to Europe.

A new colorway of Yucca Tan paint with Gloss Graffiti graphics will be included on the BASH/MTN, marking the second time in less than two weeks Serial 1 has opted for bold new colors after several years of offering the same largely black and white colorscheme.

Just last week Serial 1 rolled out the second generation of its city-oriented e-bikes, showing off a new blue colorway and Google Cloud integration used to develop a more capable smartphone app to make better use of the e-bike’s techie features. That new app will also be compatible with the just-unveiled BASH/MTN e-bike.

Those who want to get their own BASH/MTN may want to hurry, considering the limited-production nature of the bike. Priced at $3,999, it’s a premium bike but likely worth the price considering Serial 1’s extremely dedicated precision engineering and host of nice parts, not to mention the support and service of a local US-based company.

What do you think of Serial 1’s new BASH/MTN e-bike? Let’s hear your thoughts in the comments section below!