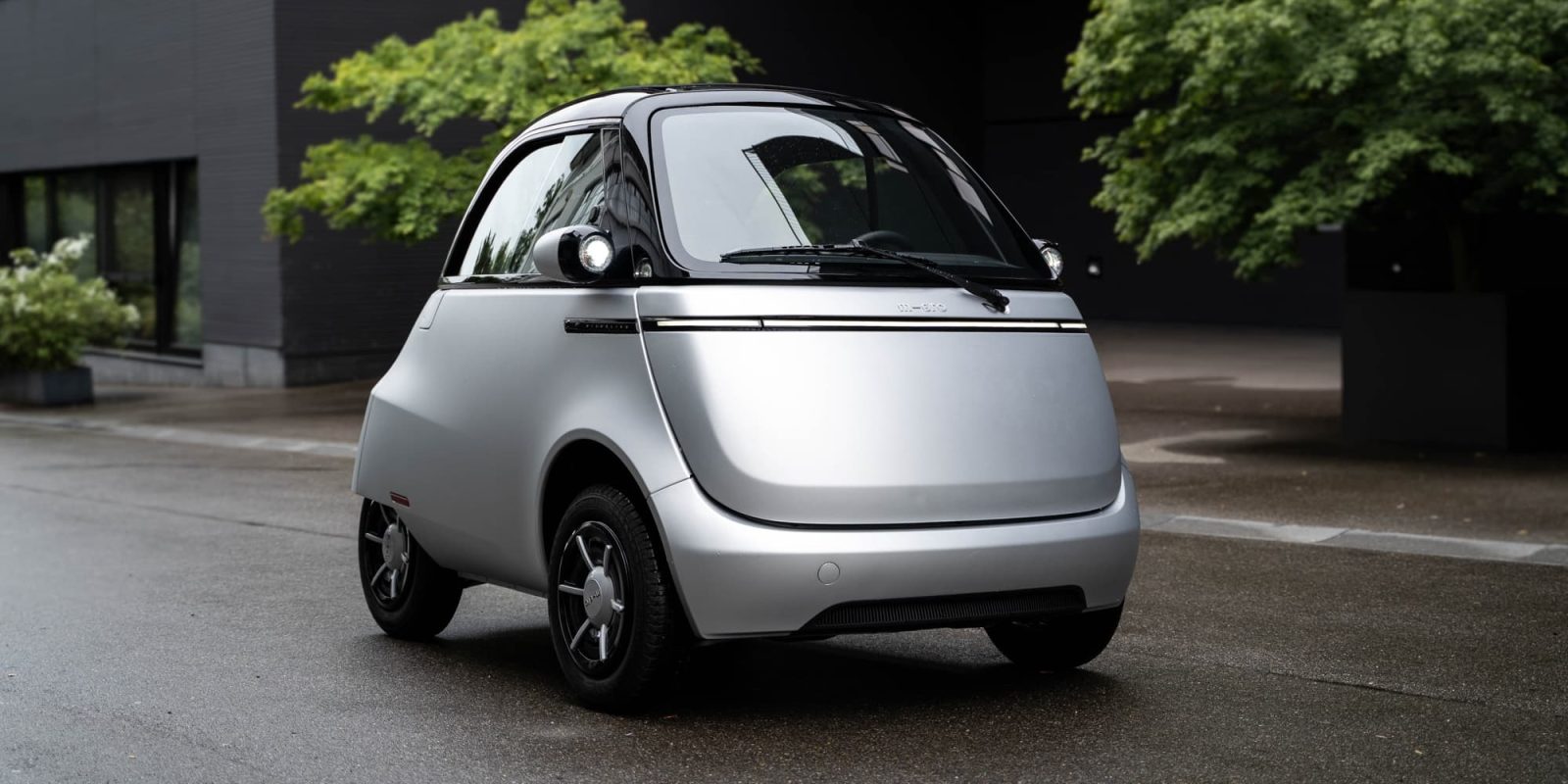 One little Swiss microcar (technically a quadricycle) has made a disproportionately sized splash. The pint-sized four-wheeled electric vehicle known as the Microlino may be petite, but it’s got a long line forming out the door counting over 30,000 reservation holders. And today the company officially opened its configurator to let those early adopters begin building their own Microlino vehicles ahead of full-scale production.

The news follows Microlino’s announcement last month that it was beginning production of the first 999 Pioneer Series vehicles.

The Microlino, which adopts a BMW Isetta-style single front door opening, is designed to embrace a new take on four-wheeled electric vehicles designed for urban drivers.

It fits somewhere between a conventional car and a motorcycle, taking up much less space than a typical car but retaining the enclosed weatherability advantages of a car along with the increased storage capacity.

With 230 liters (8 cubic feet) of trunk space and seating for two, the Microlino could be an ideal vehicle for couples and small families that don’t want the hassle of a full-size vehicle in a city.

Despite its small size, the Microlino still packs in fairly impressive performance. A 12.5 kW motor (19 kW peak) offers a top speed of 90 km/h (56 mph), meaning it should be fairly peppy for the city but might take a bit longer to get up to its top speed on larger roads.

The highest-capacity battery option offers the vehicle up to 230 km (143 miles) of range, which should be plenty for most city dwellers. In fact, many drivers will likely find that they can get away with once-a-week charging when staying in the city.

A battery with less than half of that range is available on the base model, which is likely better for drivers who will stay in the city.

The 535 kg (1,180 lb.) Microlino fits in the L7e vehicle class in Europe, which means it is technically a quadricycle and not a car. But the small vehicle still adopts automotive-style construction such as its unibody chassis, making it one of the only L7e vehicles to eschew the weaker and less efficient tubular frame common in this class of vehicle.

The small size and lightweight design of the vehicle enables the use of less material and a smaller battery, with options for 6, 10.5 or 14 kWh battery packs. This helps the Microlino achieve around 1/3 of the carbon footprint of a conventional electric car. The Microlino is also manufactured in Italy with around 90% of its components being produced locally in Europe, helping to make the supply chain more sustainable.

As Microlino founder Oliver Ouboter explained, “This is why the Microlino is probably the most sustainable weather-protected vehicle in existence.”

The first official price listing has been released for Switzerland, where the Microlino will start at 14,990 CHF including VAT (approximately US $15,340). In Europe, the price will begin at around €12,500 before VAT (approximately US $13,400), though the exact prices for each country will be announced closer to the official launch in each country.

“Despite the challenges in the worldwide supply chain and a multiplication in prices of certain raw materials and doubling in battery prices, we are satisfied to launch a premium and unique light electric vehicle at an affordable price,“ explained cofounder Merlin Ouboter.

Microlino is racing to meet the pent-up demand for its vehicles. Production capacity is expected to begin at 1,500 vehicles per year in its Turin, Italy, production facility, with those numbers eventually increasing to 10,000 vehicles per year. “The demand that we see is huge and we are considering increasing our capacity even further in the future. For this year, we focus on quality, not quantity,“ said Oliver Ouboter.

Deliveries to customers in Switzerland will begin this summer, with German and Italian deliveries expected to begin by the end of 2022.

I’m very excited about the Microlino, and have been following it with eager anticipation for years. After catching it in person at the IAA Mobility show last year in Munich, Germany, I knew I could see myself in one of these.

I don’t want to say that I’m 100% anti-car, I just think we should be doing everything we can to have less of them in cities. That’s why I travel almost entirely by two-wheeled electric vehicles, but I’ll admit that the convenience of a four-wheeled vehicle with storage space and a roof over my head in the rain does occasionally tempt me. So the Microlino with its smaller size, easier parking, less energy, and lower cost all tick my boxes. Plus, it looks freakin’ amazing.

I don’t know how Microlino will ever be able to meet the kind of demand they’re seeing, but I hope that the production facility in Italy gets turned into overdrive and that they find the funding to build even more factories. If we’re going to have a bunch of four-wheeled vehicles in cities for the foreseeable future, then I’d rather see them at least be smaller and more efficient. And cuter, of course.