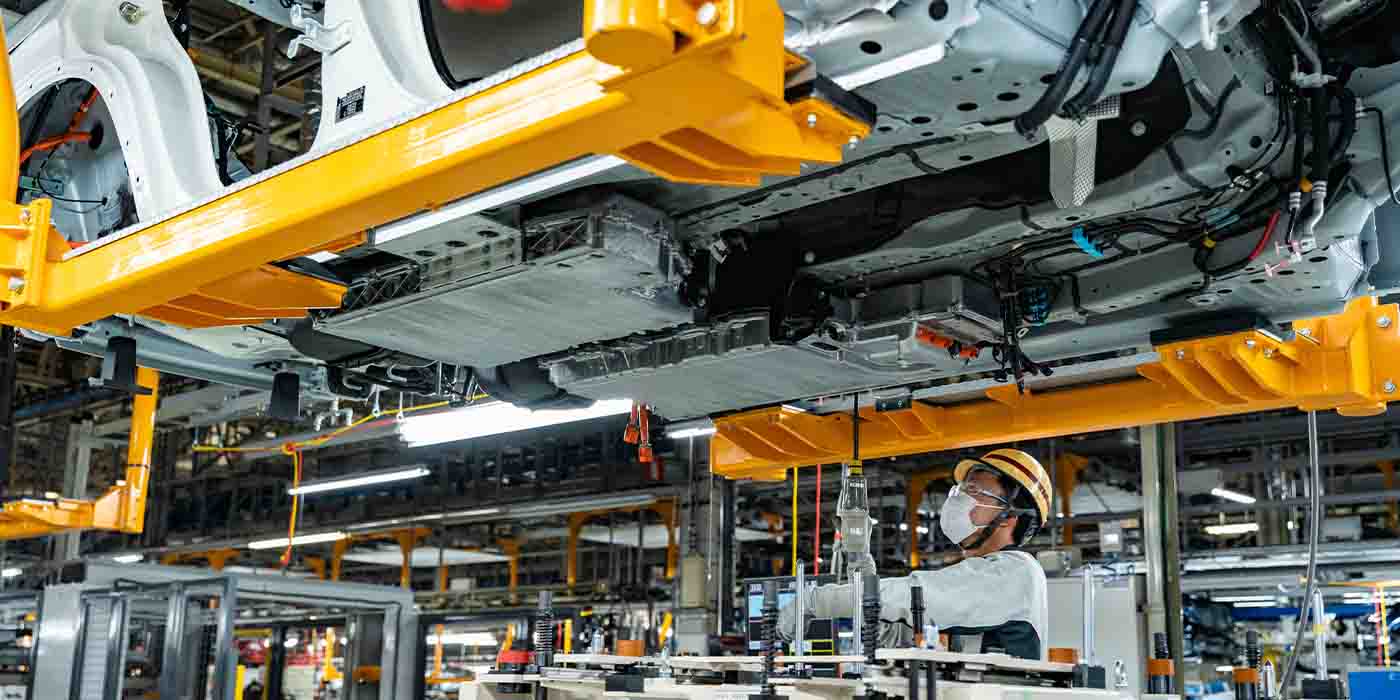 Mazda Motor Corporation announced plans to make all its factories around the world carbon neutral by 2035 as part of its larger goal of making its supply chain carbon neutral by 2050. Despite its commitments to carbon neutrality, the Japanese automaker currently only sells one compliance-level EV and plans to continue to sell combustion vehicles into next decade.

Although Mazda is far from being one of the larger automakers in the world, it does bring over a century of experience in vehicle manufacturing, albeit almost entirely in combustion models. Despite its current lack of EV models, Mazda was one of the earlier companies to commit to electrification.

In 2017, the automaker vowed to only sell EVs and hybrids by 2030. This journey began with Mazda’s first EV model, the MX-30 which was met with mixed reviews due to its relatively high MSRP for such low range (100 miles).

Since then, Mazda has yet to deliver any other electrified models (give the people the Miata BEV already). The automaker has mentioned plans for three new EVs by 2025, built on the its existing EV technology, along with five hybrids and five PHEVs.

After 2025, Mazda plans to launch its modular Skyactiv EV Scalable Architecture, of which it will launch more BEVs. Despite those pending electrified options, Mazda will still introduce CX-60 and CX-80 large combustion SUVs as early as next year and it continues to invest in the development of synthetic fuels that are carbon neutral.

Today, Mazda shared plans to make all of its factories carbon neutral, despite the lack of commitment to do the same for its actual vehicles.

Carbon neutral Mazda factories by 2035 but what about cars?

Mazda shared its latest commitment via a press release along with a roadmap for how it hopes to achieve carbon neutrality at its factories in the next thirteen years. The Japanese automaker currently has ten manufacturing facilities around the world and an eleventh under construction in Huntsville, Alabama, alongside Toyota.

To combat carbon emissions at its factories, Mazda shared that it will focus on the three following areas with its production partners: energy conservation, shifting to renewable energies, and the introduction of carbon neutral fuels for in-house transportation.

Energy conservation during the manufacturing process will include the reduction of thermal energy by developing low-temperature curing paints and optimized processing technology. In terms of a larger focus on renewable energies, Mazda will expand its use of carbon neutral energy in Japan, but also stated the following:

Mazda are also considering various forms of decarbonization, such as low/carbon-free power generation in its plants and procurement of electricity from renewable energy suppliers.

As the last step, Mazda shared it will continue to research carbon neutral bio fuels to implement for use in in-house transportation. These measures and methods will first be integrated at Mazda’s Japanese factories before similar practices are adopted at facilities in other countries… Cool.

Mazda is a veteran automaker that continues to drift away from relevance in an automotive world that has taken a hard left toward BEV technology. The carbon neutral factories are a welcomed commitment, but it feels almost irrelevant if you’re still committed to vehicles that produce carbon emissions.

Sure, Mazda has committed to “electrified” vehicles by 2030, but a mere fraction of those sales will be BEV models. Most of Mazda’s planned income will come from hybrids after 2030, which sounds a lot like another Japanese automaker that is consistently in the Electrek doghouse. Toyota, however, has significantly higher sales than Mazda and still might be in trouble in the future.

In my opinion, the focus should be on producing vehicles that deliver zero carbon emissions first, then clean up your production practices next – or better yet, simultaneously. Even if nobody at Marlboro is smoking during cigarette production, they’re still producing harmful products, right?

Like I said, carbon neutrality is great no matter the context, but clean up your product or suffer the consequences of a shifting market. Mazda vows be have a carbon neutral supply chain by 2050, but I personally wonder if they’ll still be around at that time.