Will the Miata go electric? Mazda’s considering it 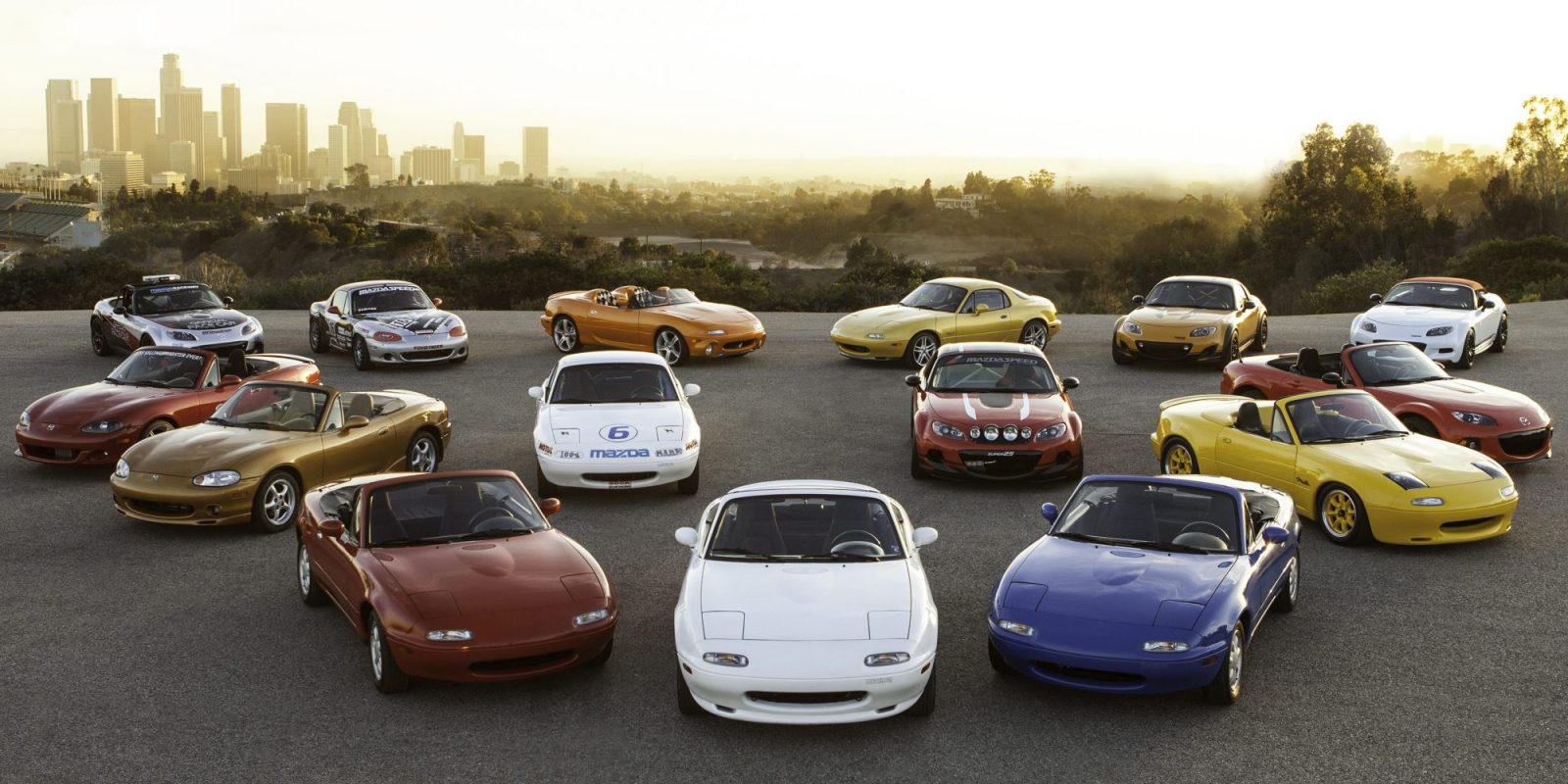 Mazda is considering whether to electrify the MX-5 Miata, their most famous vehicle, according to R&D boss Ichiro Hirose and brand chief Ikuo Maeda, as reported by Autocar.

The auto industry is changing, and Mazda is considering whether they’ll need to respond to those trends with the next generation of the MX-5 Miata.

More and more sports car drivers are being allured by the feeling of driving on electric, and the public is increasingly becoming more aware of the fact that their transportation choices affect the environment. So Maeda, Mazda’s brand and design chief, said that in response to public opinion, the Miata might need to think about going electric:

The preference of people who enjoy driving sports cars might be changing, so we need to think about what direction society is going.  We want to look at the best powertrain to keep the vehicle lightweight, but because of the diversifying requirements and preference, we need to explore various options. I don’t have the answer now, but we need to make a vehicle that people can own without worrying that they are not being eco-friendly.

The Miata has always been a lightweight car, and currently an electric powertrain will make a car heavier than a similar gas car. This is especially true in small sports cars like the Miata, where even just a little bit of weight makes a big difference.

Electrifying the Miata could come in stages, then, with a hybrid first and a full-electric powertrain later. A small hybrid motor and battery can help to improve acceleration and add a feeling of responsiveness without adding as much weight as a full electric system and large battery.

But this also tends to complicate things, as having two powertrains in a car can be expensive, complex, and add weight without adding much power. As Hirose said:

Mazda has not made a decision on what to do with the MX-5 Miata, but this report indicates that an electric model is at least being deliberated.

Mazda has been a bit of a laggard on EVs. At first, they were only talking about EVs as a matter of compliance with ZEV regulations, planning on an eventual 2019 launch.  And in 2017, we wrote about Robert Davis, Mazda’s VP of North American operations, who seemed incredibly ignorant of the state of electric cars.

But they’re picking up the pace. The company plans to only have electric and electrified models by 2030 and is working on a joint venture with Toyota to explore EVs (though Toyota themselves are pretty far behind).

Currently Mazda has only one EV announced so far, the upcoming Mazda MX-30.  The car was unveiled in October at the Tokyo Auto Show.

The MX-30 looks like a nice effort, but is a little anemic in the specs department compared to similarly priced cars. It will be available in Europe in 2020. Other markets will be decided on later.

The MX-5 Miata has been in Mazda’s lineup for decades, but is a relatively low-volume car. It has moved a relatively steady 30-40k units per year globally, with some drops down into the 20k/yr range, selling over a million cars in total since its debut in 1989.

In that time, it has become probably the most popular hobby car for weekend track and autocross enthusiasts. Many sportscar drivers start with an old MX-5 as their first foray into racing cars. And we car journalists love interesting, different, small vehicles that are fun to drive — which the Miata is.

If you’ve paid attention to any of our articles about Mazda, you’ll know that we want an electric Miata(!!!!!) It’s present in the Take section of most of our articles.

The weight issue is a serious one, as EV tech does tend to lead to heavier cars these days. But the weight can be distributed intelligently, low in the car, so it doesn’t have too bad of an effect on handling.

Performance EVs can keep up with and beat similarly sized gas-powered consumer models in acceleration and in short track or autocross situations. It just so happens that this is exactly where the Miata does best, and is most popular.

So electric tech could be very helpful for the Miata. The car has always been known for its handling responsiveness and fun level. It has what enthusiasts call “tossability” — you can really toss it into a corner and see what happens.

And the engine has never been its strong point anyway. It’s not a car that’s made for power, it’s made for fun. Adding an electric motor, even if it has a small battery or is otherwise a little underpowered, will be just fine. It will improve responsiveness and allow for better corner exit acceleration, giving an unprecedented feeling of control.

As a driver of an electric roadster myself, I will report that the amount of enjoyment one can get from a small, responsive electric car is unparalleled. Of course, the Tesla Roadster was originally quite expensive, which is something the MX-5 is not known for.

So costs will need to come down, but surely there has been enough technological progress in the last 11 years that we can get a fun electric powertrain in an MX-5 without too much of a price premium.

And Mazda may not want to put effort into electrifying a low-volume car when there are other better-selling models that might help them offset the R&D of a new powertrain. But considering the Miata has functioned as somewhat of a “halo car” for the entire company for so long, why not just do it?

Show people that one of the world’s best, most-beloved sports cars can go electric, and be made even more fun because of it. Keep that Mazda reputation for fun alive. Anyone who drives an electric Miata will love it, I’m sure of it.