NIO reportedly recruiting positions to build a US manufacturing plant 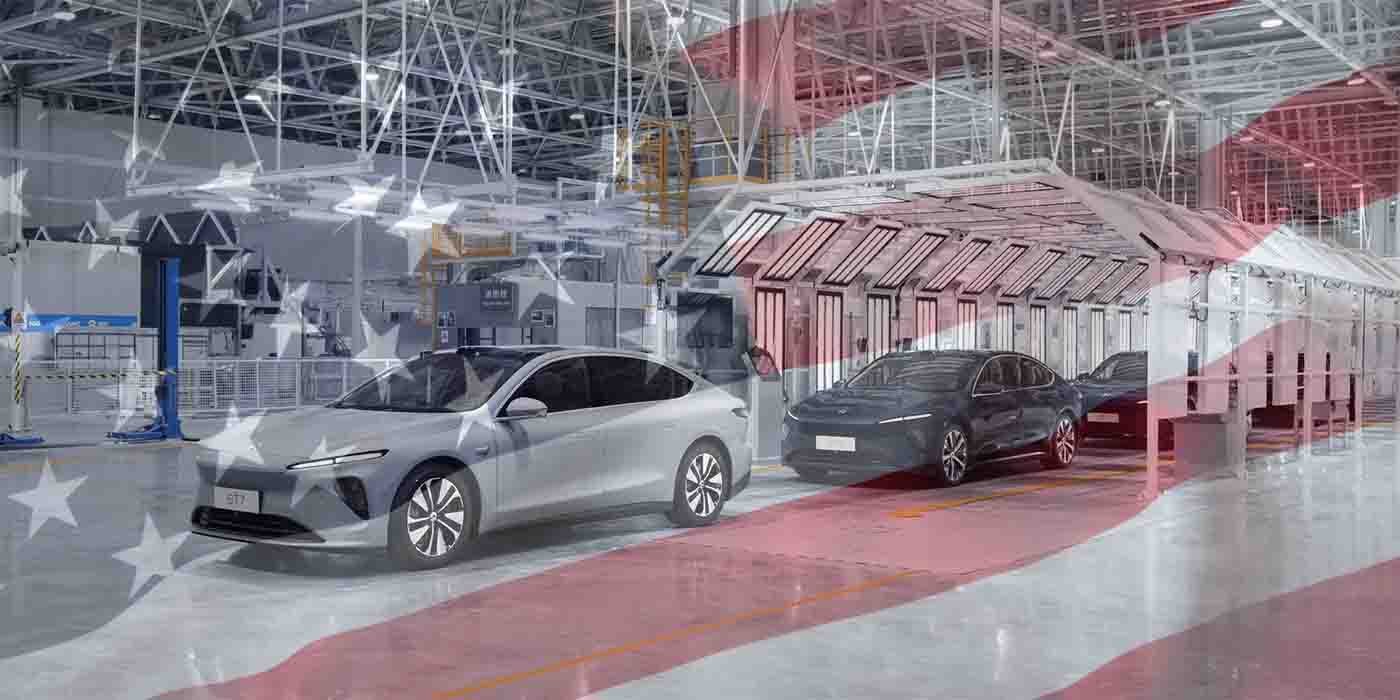 According to a report out of China, EV automaker NIO is hiring a number of positions related to manufacturing vehicles in the US. The recruitment descriptions suggest the Chinese automaker intends to begin planning and erecting EV production facilities on US soil that may begin with either complete knock down (CKD) or semi-knock down (SKD) assembly methods.

NIO ($NIO) is an EV automaker originally founded in China in 2014 that has established itself as one of the leading electrified brands, originally beginning with a line of electric SUVs. Following the addition of two EV sedans, NIO has begun expanding to other global markets the past year, starting in Europe.

Last December, we pointed out that during the automaker’s annual NIO Day celebration it shared ambitions to provide services in 25 countries and regions by 2025. The presentation displayed a map on screen with several markets highlighted at potential entry points including Western Europe, Australia, and you guessed it… the United States.

Days later, we reported new job postings on LinkedIn by NIO USA for its current offices in San Jose, CA, which at the time included a job for the Head of User Infrastructure Construction & Readiness. Here’s that job description:

The Business & Corporate Development Team at NIO USA is responsible for the strategy, planning and execution of NIO’s Go-To-Market for the Americas. This is a strategic corporate initiative, sponsored by the CEO & CFO, and comes with high visibility and tall expectations!

As the Head, User Infrastructure Construction & Readiness, you will be responsible for the end-to-end delivery of key NIO infrastructure in the Americas, to support NIO’s business model and user experiences. NIO’s infrastructure must be strategically located, built in compliance with local standards, and adhere to NIO’s global expectations. You will lead the collaboration with world-class internal experts and external partners to have that infrastructure built out from scratch to scale in the Americas.

By January, news emerged that NIO US had signed a ten year lease in San Jose to serve at the automaker’s local headquarters, although there was zero mention of manufacturing. Following a recent report out of China, NIO is allegedly taking its next step toward entering the US market and exploring manufacturing.

NIO job posts again hint at intention at US manufacturing

The original report of NIO’s US job postings comes from Yicai out of China which states that a reporter from China Business News exclusively learned that NIO is recruiting a number of new US-based manufacturing-related positions.

Candidates are reportedly required to have master planning experience pertaining to at least one US project and familiarity with US state policies, design specifications, and planning approval procedures. Additionally, the report points out that specific listed positions of planning and infrastructure expert and senior analyst in San Jose require candidates “have knowledge of industrial real estate industry regulatory processes.”

Based on NIO’s most recent movements and US job posts, the parties reporting the plans for US manufacturing believe a plant stateside will begin operations using complete knock down (CKD) assembly or semi-knock down (SKD) assembly kits, at least to begin. This process includes shipping kits of manufactured and/or semi-assembled components to another country to be assembled.

While NIO continues to grow in China and expand to other markets overseas, its EV manufacturing currently dwells entirely in China in the capital city of Hefei in the Anhui province, so it might make sense to see those kits sent to the US for assembly to start, while a full manufacturing footprint is established.

In response to the Chinese report regarding US manufacturing, NIO stated that is no information to disclose at this time. We have also reached out to NIO for comment and have yet to hear back.

Committing to another decade at its San Jose hub was an early hint. You can argue that specific area remains a tech mecca and an ideal place to house R&D and other innovation like autonomous driving, for example.

That being said, a lot of the more recent job postings hint at eventual (or inevitable) entry into the US. Plus there’s the whole map from NIO day that specifically highlighted the country as an upcoming market, so that’s a keen giveaway, too.

I personally think two additional factors are at play here. Manufacturing on US soil would allow NIO to more efficiently capitalize on US sales and take advantage of some tax incentives, but also ship some of those EVs to Europe rather than send them all the way from China.

If those assembly rumors are true, it would also make sense to see those knock down kits shipped from China to an additional assembly plant in the EU as well. Perhaps we see that before actual US manufacturing. This is all hypothetical until we hear it directly from NIO, but I don’t think it’s a matter of if NIO is going to begin US manufacturing, but when.