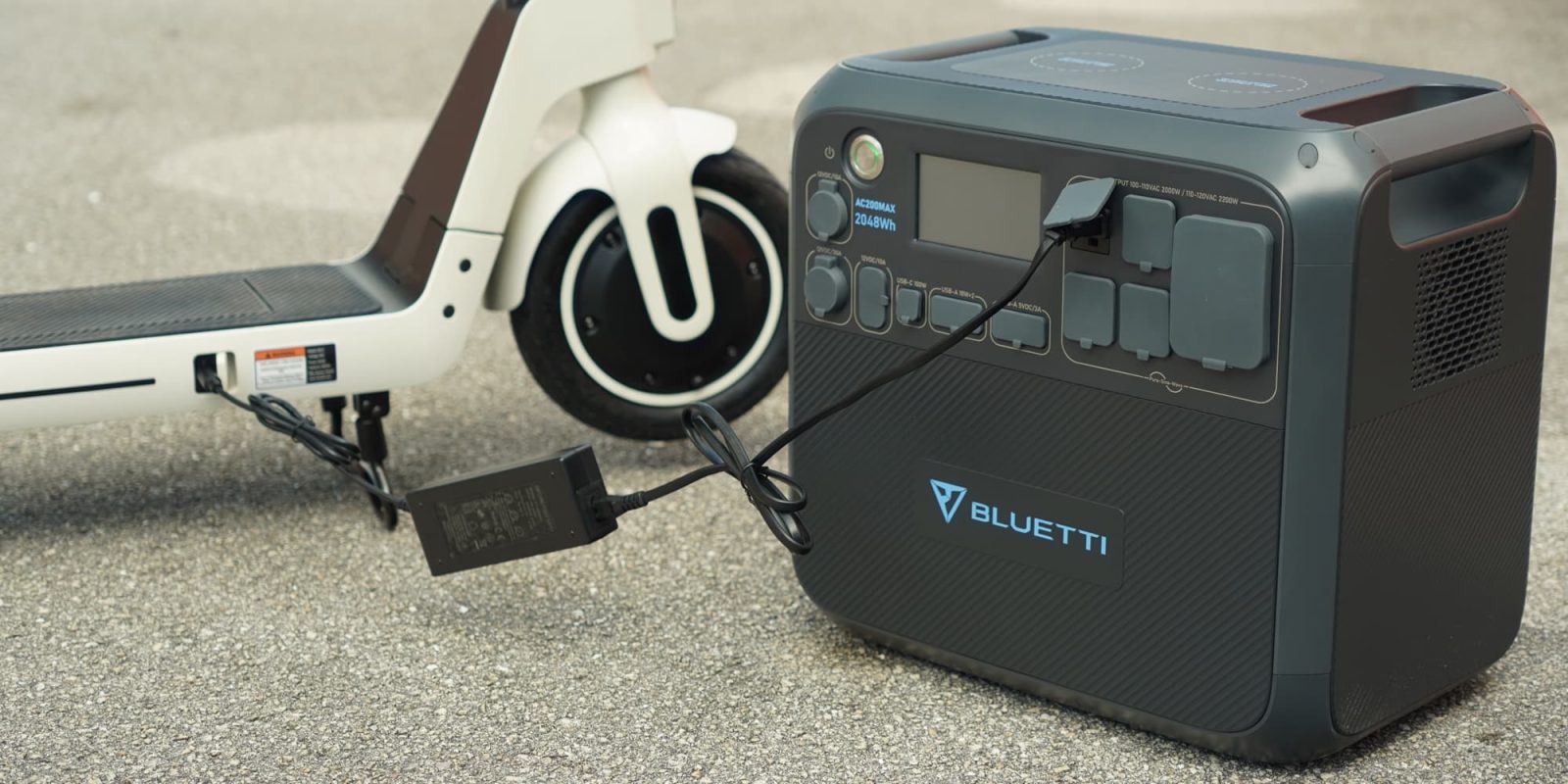 High-capacity portable power stations and home backup batteries that can store lots of energy and dump lots of power are already changing the game when it comes to going off-grid or preparing for a disaster that you hope will never come. And the Bluetti AC200MAX showcases a great example of how far the industry is moving toward putting that power and portability in the palm of your hand (or wrapped in your steel grip, for something like this 62-pound beast… more on that in a moment).

The Bluetti AC200MAX is not some little lunchbox-sized battery to toss in your backpack and bring on a hike. It’s a dedicated full-featured power station that can keep your home essentials or various devices going in an emergency for days under the right circumstances.

Case in point is the huge capacity of the device at 2,048 Wh. That’s thanks to a massive 51.2V and 40Ah battery that uses lithium iron phosphate cells (LiFePO4) to offer the highest safety and longest-lasting battery possible.

Bluetti rates the AC200MAX for an astounding 3,500 cycles. Even after 3,500 cycles (which would be nearly 10 years of daily draining), it’d still have 80% of its original capacity left!

But it’s not just about the large capacity, which is even expandable to as much as 8,192 Wh with various Bluetti expansion batteries. Just as important is the high power rating. The 2,200W AC pure sine wave inverter can provide as much as 4,800W of surge power in a pinch. There’s a reason it comes with a dedicated port to plug into your RV! It’s packing some serious power!

But before diving too far down the rabbit hole, let’s look at what we get in the box.

The Bluetti AC200MAX comes with the usual suspects, including an AC charging brick to recharge from the wall, solar panel connectors of various styles, a 12V car charger, carrying case for all of your accessories, and of course an instructional guide.

The AC charger for the wall is fairly high power at 400W, meaning it will take around five to six hours to get a full recharge from the wall. You can actually run dual wall chargers to cut that time in half though. If you had enough of Bluetti’s solar panels, you could solar recharge in three to 3.5 hours of prime sunlight. The unit itself doesn’t automatically include solar panels, though you can get a bundle or buy the solar panels separately.

Charging from a car outlet would take as much as 20 hours (and probably drain your battery dead long before that if you weren’t in motion at the time). So car charging probably isn’t going to be your prime method.

The unit itself is a nicely rubberized cuboid with a flat top surface featuring a pair of 15W wireless charging pads.

I love when power stations have flat tops – which many don’t – since it means you can rest other gear on top of them or use them as a prep surface for other things.

The handles are flush with the sides and comfortable in your hands, which is important for a porky power station like this. At 62 pounds (28 kg), you’ll be waddling this thing around like an overstuffed cooler, but at least it will feel good in your hands!

And speaking of rubberized, I love all the rubber covers over the outlets. Bluetti is surely not going to call this thing waterproof, but the rubber outlet covers definitely give an added layer of protection against an accidental splashing or a sudden drizzle when the rains come and you’re caught trying to quickly waddle the unit back under a covering somewhere.

The screen of the AC200MAX is actually better than the camera seems to pick up.

It’s visible in both sunlight and indoors, though direct sunlight does make the screen a bit more faded looking.

There’s a ton of info on the screen and you’re never left wanting for data. Unlike some power stations that give you only basic info and a rudimentary battery gauge, the Bluetti AC200MAX is a number lover’s dream.

Exact drain, battery capacity, charging time, access to settings and alarms – you name it, you got it.

When it comes to pricing, Bluetti is quite fair compared to the rest of the industry. A price of $1,899 for this 2,048 Wh unit that offers 2,200W of power gets us well below the $1/W mark that is often used as an industry measuring stick.

The expansion batteries are even better deals, with the B300 3,072Wh expansion pack priced at $1,999. Sure, that’s a fat stack of Benjamins. But it’s also still a great price for that much storage capacity from a reputable company like Bluetti.

And when it comes to both rigorous daily use and emergency preparedness, there’s no substitute for the quality and peace of mind you get when going with a respected industry veteran.

So the Bluetti AC200MAX definitely gets two thumbs up from me as a high-capacity, high-power backup battery that is designed to go the distance!