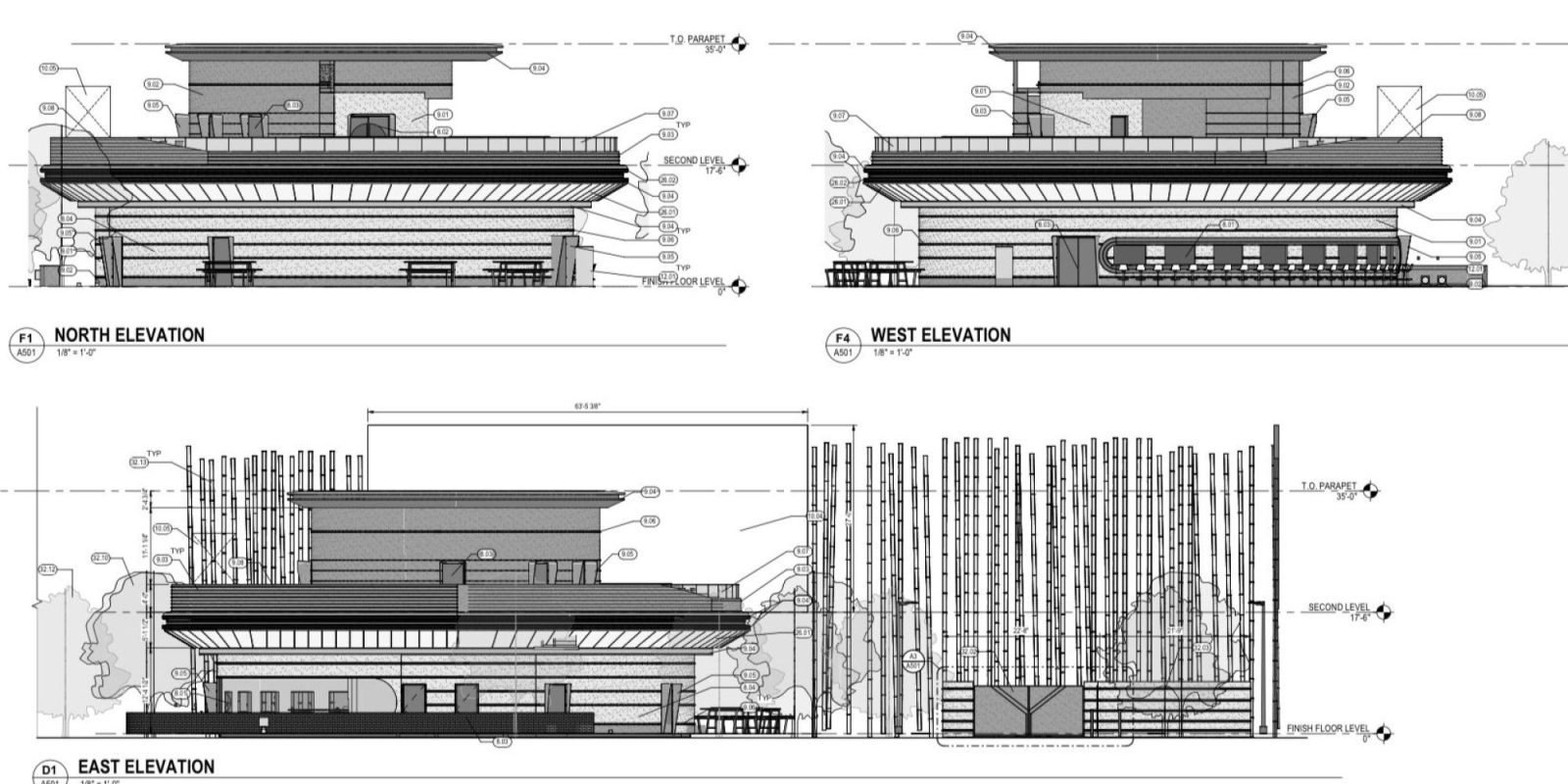 Tesla has reportedly filed plans for a 29-stall supercharger and diner/drive-in theater location in Hollywood, Los Angeles, California. The location is at 7001 Santa Monica Boulevard at the intersection of Orange Drive.

Tesla originally planned to build the diner in the coastal city of Santa Monica but then moved the plans to Hollywood. Now, perhaps a little confusingly to out-of-towners, we’ve learned the diner will still be in Hollywood – but on Santa Monica Boulevard, one of the main streets in town and along historic Route 66.

The old site in Santa Monica does have a supercharger that opened in February, though that supercharger is no longer getting a diner.

The new location is currently occupied by a Shakey’s Pizza Parlor, which seems to still be operational. The plans would involve demolishing the Shakey’s and building a new two-story diner in its place. The property already has a large parking lot, though the lot would need remodeling to add superchargers.

The bottom floor will consist of the kitchen, a bar with stool seating, several booths, and an outdoor bar around the edge of the building. The top floor will have outdoor rooftop seating with a bar, several tables, two rows of a theater-style seating area, and a standing bar behind the theater seats. The bottom floor will also have a “carhop area” for waitstaff to bring meal orders out to cars in the parking lot.

The theater-style seating will look out on a parking lot with 29 supercharger stalls and 34 total spots – the last five will have level two chargers for lower-speed charging. The parking lot will have two screens visible to the rooftop area and to the cars in the parking lot.

The theater will show short features, around 30 minutes long, meant to last as long as a standard meal/charging session might last.

It’s hard to tell from these drawings what aesthetic the diner will fit. Originally, it was billed as an “old-school” diner, but the addition of bamboo landscape screens surrounding the property on the north and west sides seem to diverge from that aesthetic. Tesla may now be targeting a “futuristic” aesthetic, rather than the original “old-school” one, and these drawings look like they could go either way.

Tesla is asking the city to allow the site to be operational 24 hours a day – including the restaurant. The theater may not operate all night long, though, as Tesla hasn’t asked for the city to change restrictions on theater operation. We don’t know if this means the restaurant will definitely be open 24 hours, but Tesla at least wants the permit to be able to stay open that long.

Tesla has filed for permits before for this project when it was in the City of Santa Monica, so plans could change again, especially if the city comes back and says that this project has deficiencies. The parking lot, in particular, does seem to have a few oddly-shaped spots, so we’ll see if the city has some issues with that.

What do you think about the new plans? Let us know in the comments below.