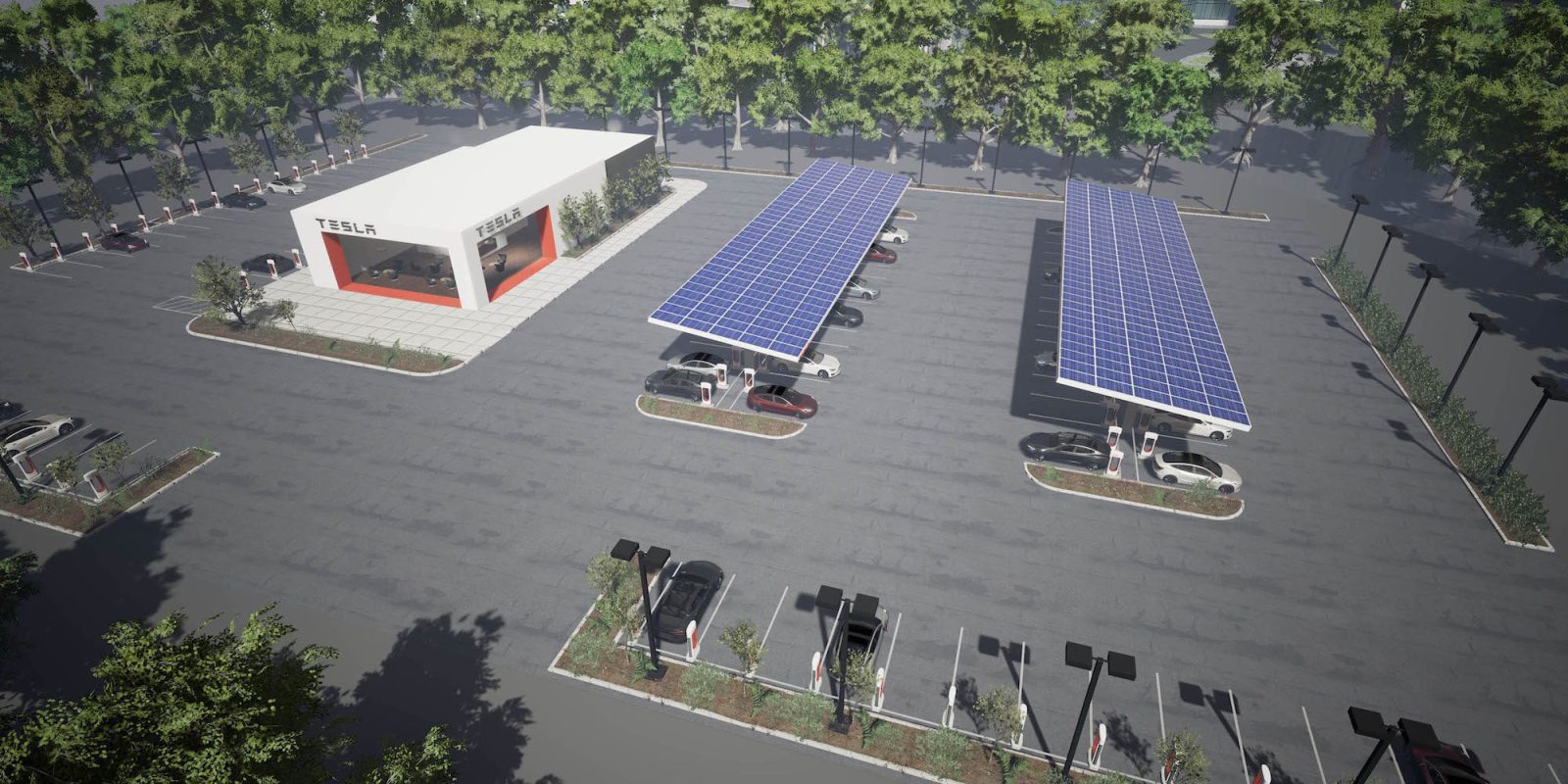 When Elon Musk said that he plans to open an “old school drive-in, roller skates & rock restaurant at one of the new Tesla Supercharger locations in Los Angeles”, it was yet another “is he joking?” kind of Elon Musk idea, but he apparently wasn’t.

Tesla has now applied for permits to build a restaurant and Supercharger station in Santa Monica.

The automaker has been increasingly involved in the amenities around its Supercharger stations as of late.

Last year, they brought online a Supercharger station in Kettleman City where owners have access to a Tesla Lounge with a coffee shop and there’s also a place for food trucks to come to the station.

After that station was completed, Tesla Co-founder and CTO JB Straubel went to the Foodservice Technology Conference Trade Show (FSTEC) to talk about how Tesla Superchargers are becoming more like convenience stores and they are working with companies in the food industry to improve the experience.

Then Elon Musk made the announcement in January:

Gonna put an old school drive-in, roller skates & rock restaurant at one of the new Tesla Supercharger locations in LA

In subsequent tweets, he explained that it would be a mix of a movie drive-in and a restaurant drive-in with carhops.

He even said that the menu could automatically show up on the center touchscreen of the cars after they park and drivers can order from there.

And now we learn that it could actually become a reality as Tesla applied for several building permits for a “Tesla restaurant and supercharger station” at 1401 Santa Monica Blvd in Santa Monica last week (image via Santa Monica Citizen Access website and hat tip to WalterB): 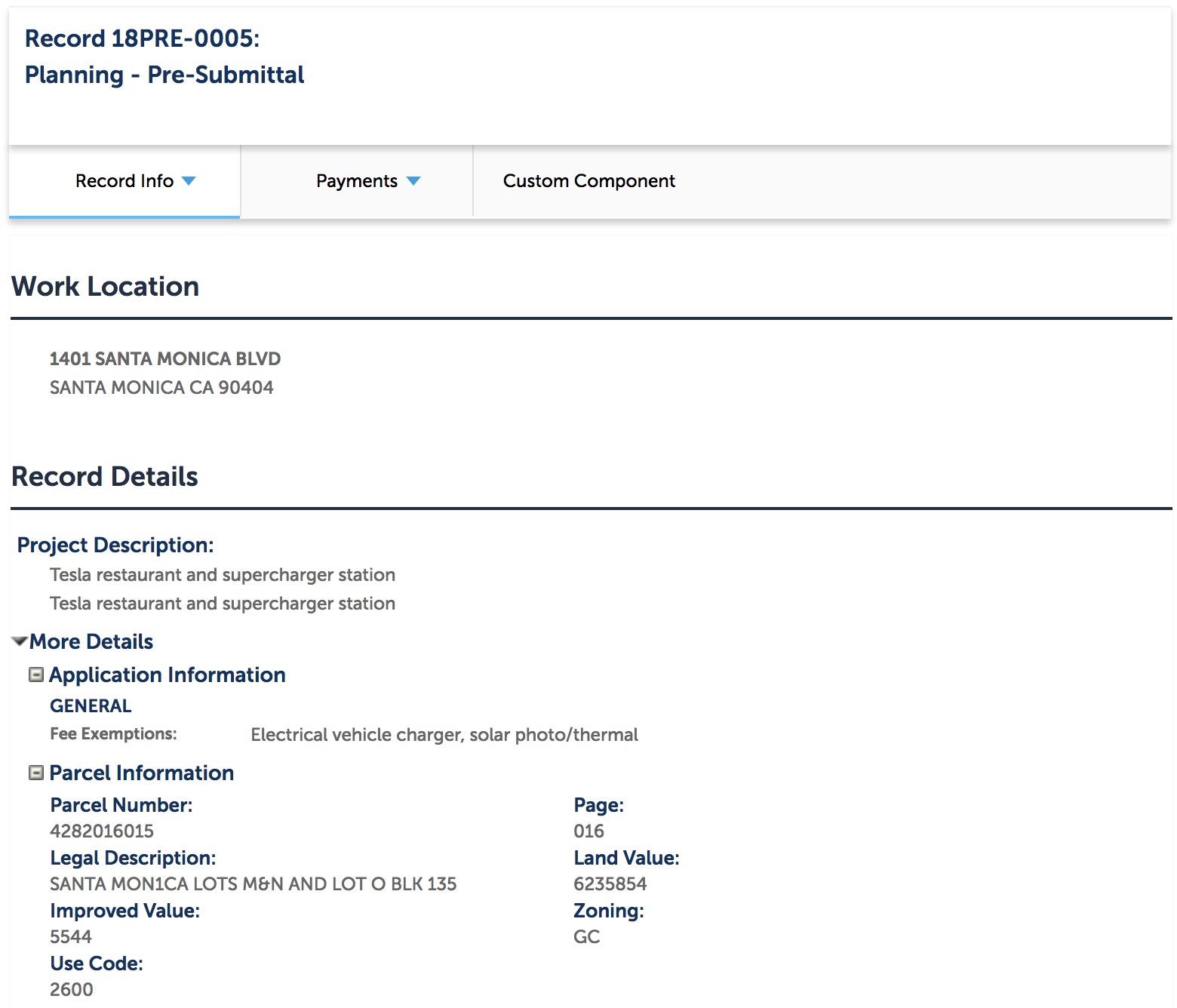 Interestingly, the lot where Tesla plans to build the restaurant/Supercharger station is located in a part of the Santa Monica Blvd where the car dealerships are all located.

Here’s the lot in question: 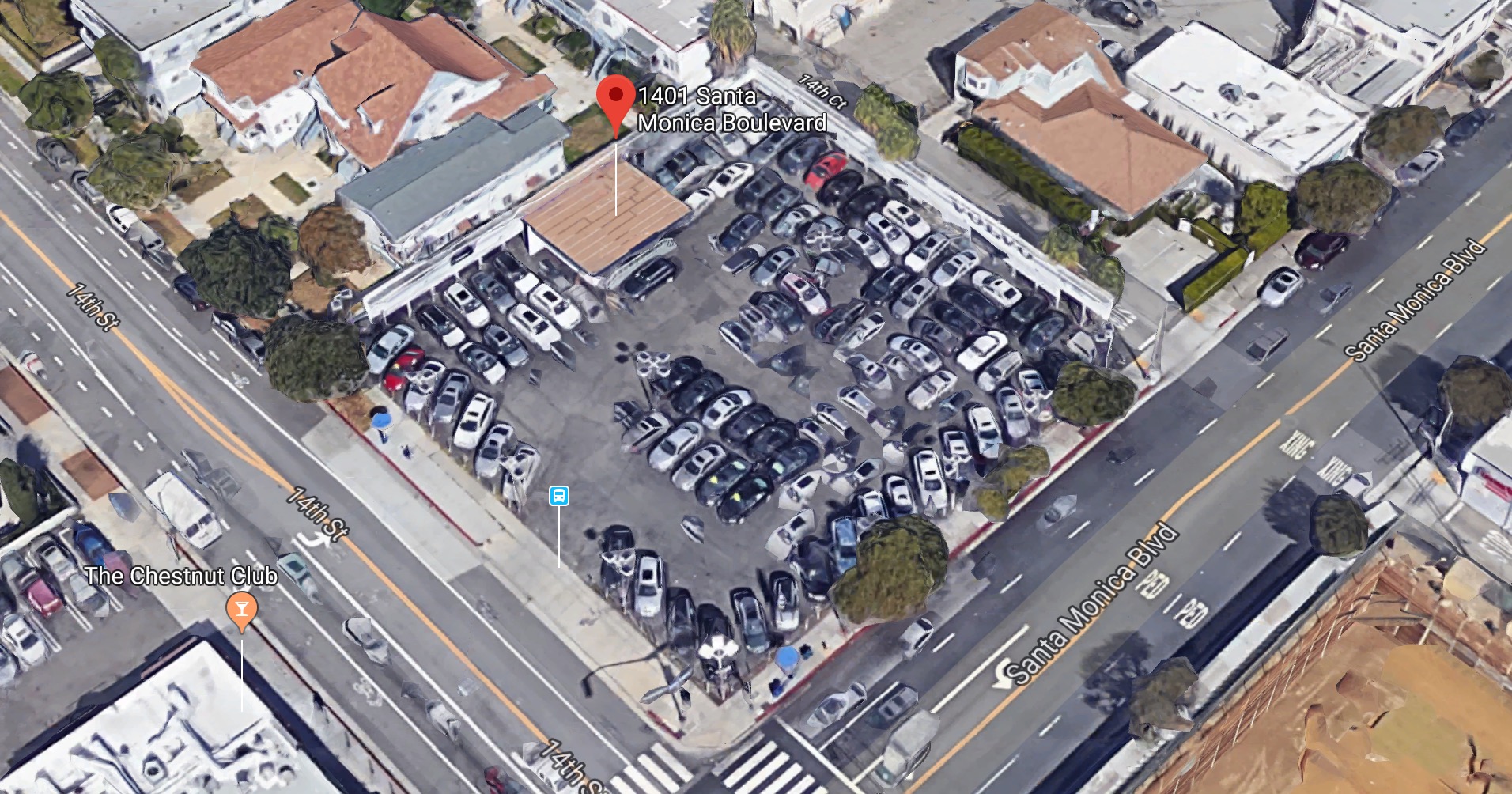 Tesla paid all the fees for submitting the plan last week, but there’s no timeline on when construction could start.

It’s really not a usual location for a Tesla Supercharger. It’s not near highways and doesn’t really help enable long-distance travel, which leads me to believe that the focus of the location could really be the restaurant.

Now it will interesting to see the level of involvement from Tesla as a company into the business since even though the company has significantly branched out over the years, a restaurant would be its biggest stretch yet.

With this said, Elon Musk’s brother Kimball, who is also on Tesla’s board, happens to be a successful restaurateur and he could certainly help them, but Tesla could also partner with another company to develop the restaurant.

The combination of a restaurant and a Supercharger station also makes a lot of sense since most drivers stop for about 30 minutes, which is why Tesla has often built stations near restaurants, but it would be a first for them to also build the restaurant.

Let’s see how this one plays out.