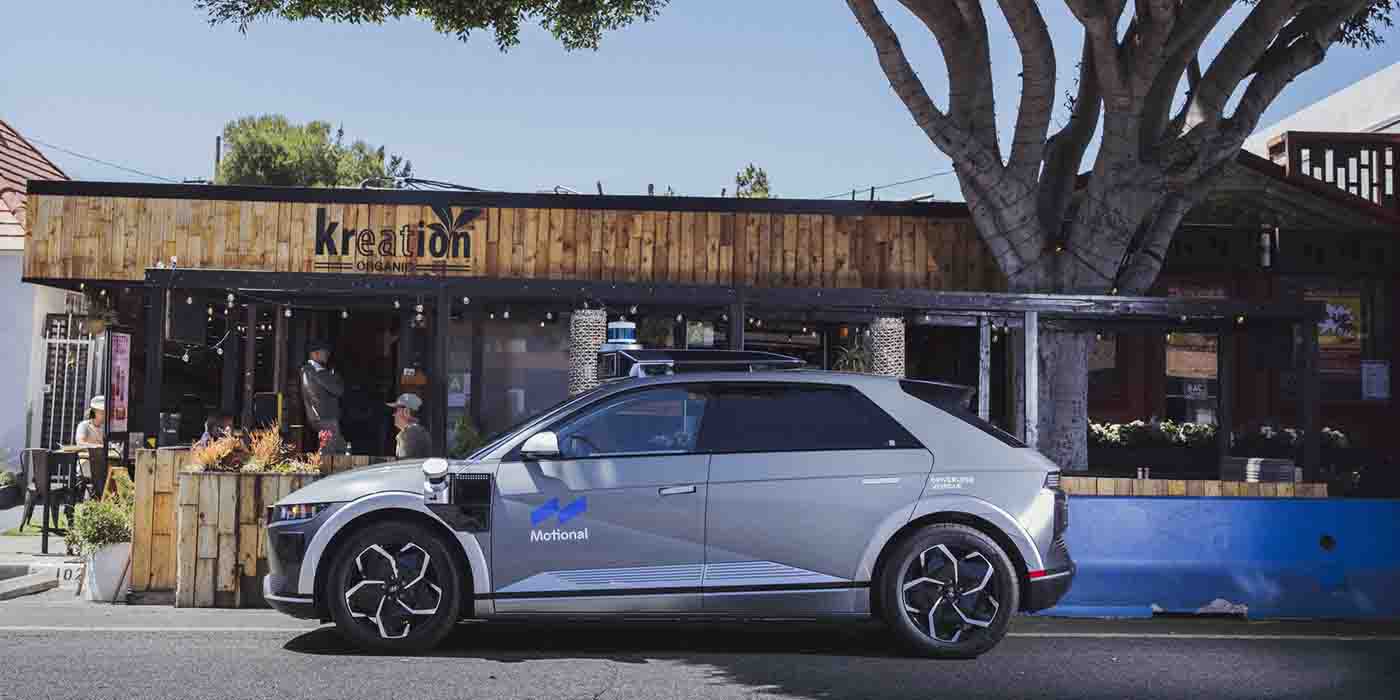 Motional is a developer specializing in autonomous driving technology headquartered in Boston. It exists as a joint venture between Hyundai Motor Group and Aptiv – specialists in advanced safety, electrification, and vehicle connectivity.

We first covered Motional when it announced the expansion of its office footprint in Santa Monica, California, coinciding with public road testing of its next-generation robotaxi in the Los Angeles metropolitan area under an agreement with Lyft.

Soon thereafter, the public got the first glimpse of Motional’s autonomous robotaxi built from Hyundai’s IONIQ 5 EV. Motional has also completed a fully-autonomous cross-country drive in the United States, in addition to 100,000 public rides, as it prepares for commercialized passenger rides in 2023.

Before then, however, Motional is already exploring using its technology for autonomous food deliveries, partnering with Uber Eats, a subsidiary of Lyft rival Uber ($UBER).

Motional shared details of its initial autonomous pilot program with Uber Eats in a press release today. The program will begin near its office in Santa Monica, California. The company’s launch of driverless food deliveries comes less than six months after Motional and Uber Eats announced a partnership to combine technologies to explore autonomous deliveries.

To begin, the pilot program will allow both companies to receive customer feedback in order to jointly develop an autonomous food delivery model that could eventually be scaled throughout Los Angeles and into other cities. Motional COO Abe Ghabra elaborated:

Autonomous delivery signifies the next phase of Motional’s commercial roadmap. This service will provide the learnings and experience needed to make Motional the trusted AV provider for on-demand delivery networks. We’re proud to partner with Uber on this important milestone and begin introducing Uber Eats customers to autonomous technology.

Since Motional’s autonomous driving technology had been focused on transporting passengers up until this point, its IONIQ 5 robotaxis had to be altered to support food deliveries. The company shared that its team spent months studying each and every touchpoint between the pickup restaurant and the customer delivery to ensure successful trips.

Participating merchants who receive Uber Eats orders will get a notification when the autonomous EV is outside. They can then place the customer’s order in a specially-designed compartment located in the backseat of the IONIQ 5.

When the EV pulls up at the customer’s location, they will also get pinged to approach the vehicle. They can then unlock the EV from their Uber Eats app and snag their order. Sorry, but you actually have to leave your apartment to get your Uber Eats when it’s delivered in an autonomous EV.

Uber sees autonomous vehicles playing a long-term role in several use cases on its transportation platform, and plans to use partnerships like the one between Motional and Uber Eats to help accelerate the technology and its potential.