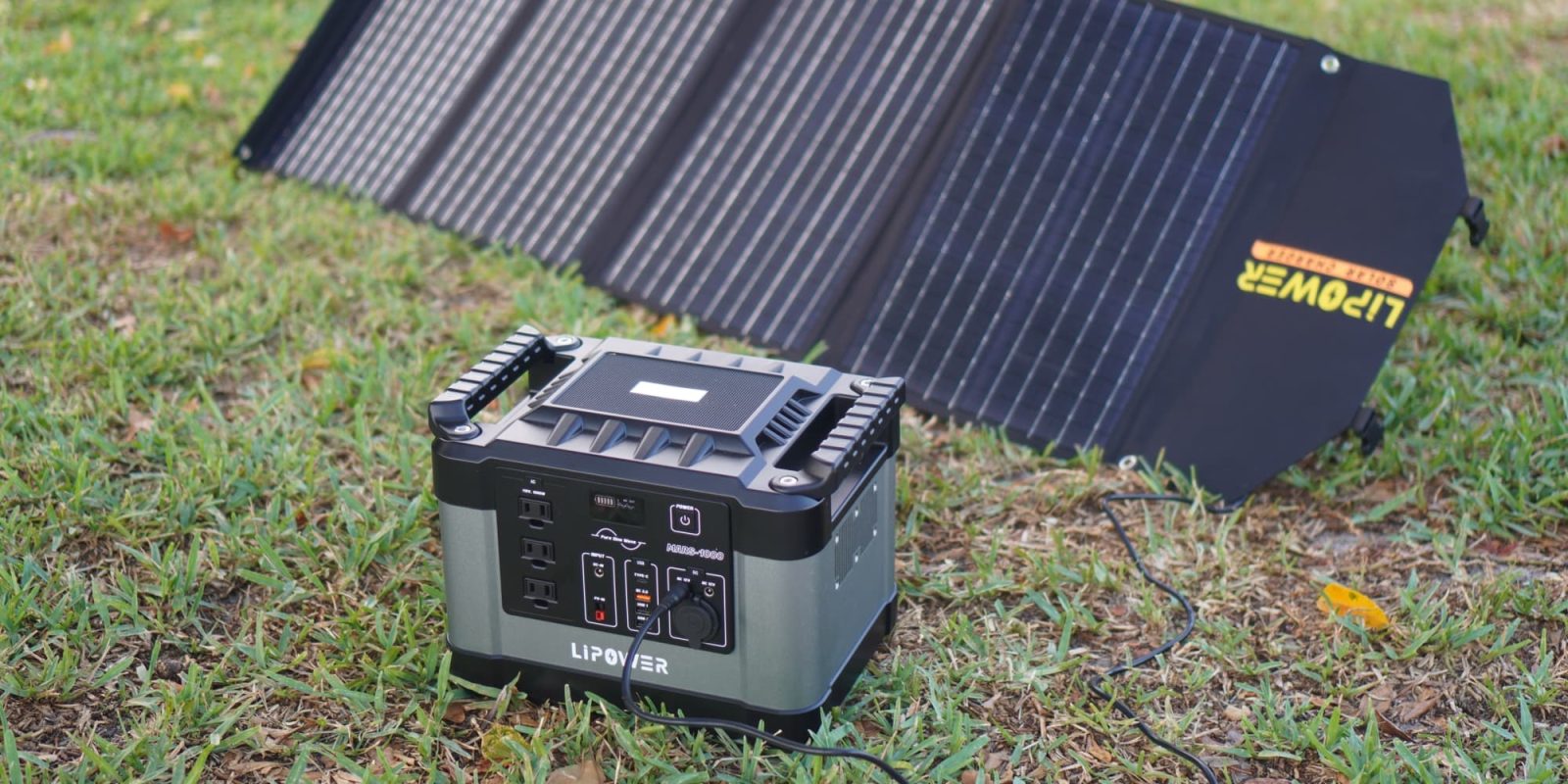 To me, using portable solar generators are like playing life with cheat codes on. I can have my electricity literally anywhere I want it, whenever I want it. If I run out, I can just make more for free (after shelling out for the gear, of course). Having tested the Mars 1000 portable power station from LiPower, I’m happy to see that prices for such cool and useful technology are headed in the right direction, namely down. And with LiPower offering an exclusive discount for Electrek’s readers, a portable power station of this capacity has never before been this affordable.

I won’t bury the lede here.

While many portable power stations set the standard pricing at around $1/watt or $1/watt-hour, the LiPower Mars 1000 significantly undercuts them.

The normal sale price is $899 on both Amazon and LiPower’s site, which is already a deal considering it offers 1,100 Wh of capacity and 1,000 watts of pure sine wave inverter AC power.

But LiPower is generously offering an even better deal for Electrek‘s readers. They’re dropping the price to just $691 if you use the code ELECTREK on LiPower’s site or the code SHAUWMY8 on Amazon. Both codes are good until the end of May.

A total of 1,100 Wh of stored energy and the ability to deliver 1 kW of AC power opens a lot of possibilities.

That’s enough power and capacity to run most basic appliances off-grid for several hours. In a pinch, it could even run your refrigerator for several hours. And that’s just on its initial charge – wait until we get to the solar panels in a moment.

But first, let’s start with what you get in the kit.

Popping open the box reveals the Mars 1000 power station itself, plus the wall charger, accessory bag with car charger and solar panel connectors, and a cute little instruction booklet.

So far, so good. Everything looks pretty typical.

The unit itself has a nicely ruggedized design with comfortable carry handles to lug the 12 kg (27 lb.) device around with you.

The handles are flat on the top surface, meaning you can lay gear or boxes on top of the unit – a big advantage over some of the rounded handle models out there that don’t lend themselves to stacking.

All of the various plugs and ports are also located on the front of the unit, meaning you don’t have to spin it around to access different areas. That’s another nod to convenience, since you can leave it in a corner of your work area or up against a wall without blocking access to anything important.

As far as ports go, I’m pretty happy with what the Mars 1000 offers. For a 1,100 Wh power station that can provide 1,000 W of power, you’re likely going to want to plug multiple devices in at once. So three 110V AC plugs is a nice addition, and is more plugs than we sometimes see on even larger units.

For longer off-site building tasks, being able to recharge my DeWalt drill’s batteries and keep going is a great benefit, in addition to whatever else I need to plug in at the time. For those of you that still prefer keeping the cord, you could run a corded drill off the unit too!

Then there are the USB ports. A total of three USB-A ports (including a Quick Charge 3.0 port) are available along with one USB-C PD 60W. A second USB-C port would have been a nice touch, but I’m probably only going to be charging my one laptop at a time, so I can manage with a single high power USB-C port.

There are multiple DC plugs including the old-school cigarette lighter outlet, plus there are dual solar panel inputs in either DC barrel variety or Anderson PowerPole connectors, making it easy to connect either LiPower’s own solar panels or any other solar panels you might have on hand already.

Plugging in a solar panel is where the real magic happens, and the Mars 1000 can support 200W of solar input.

The solar panels from LiPower are rated at 100W each and are designed as four-section folding panels.

We normally see these types of folding panels built with two sections, meaning the folded panel is much larger. But with four sections, the whole panel folds down into a package not much larger than the power station’s own footprint. That makes it easier to toss in your car or even carry in a backpack, if necessary.

With a pair of panels, you could fully recharge the device in around six hours of direct sun, so around once per day if the lighting is decent.

During emergency use, that would give you around 1 kWh or so per day to use, if you’re also recharging via solar power. And if you don’t want to break out the entire power station, the solar panels have their own dual USB-A ports and a single USB-C port built right into the back, meaning you can charge your USB devices directly from the panel itself.

Having tested the LiPower Mars 1000 with a variety of devices, I’m definitely happy with the balance of performance and cost. That said, I can still see room for improvement. I would have loved to have a wireless charger included on top of the unit. Several units have these, and they make great additions by conveniently charging a phone or tablet without taking up one of the USB plugs.

The screen is also fairly simplistic. On the one hand, that actually makes it decently easy to read in sunlight since the contrast is good. But on the other hand, other units with more detailed color screens offer even more info and a much more detailed battery capacity breakdown (I’d rather see “31%” on the capacity meter than two out of five bars illuminated).

But small gripes aside, the Mars 1000 does exactly what it’s designed to do and at a great price to boot! The $899 price is worth it already, but the discounted sale price of $691 with the code ELECTREK on LiPower’s site or the code SHAUWMY8 on Amazon make this a real steal. And if you’re shopping on Amazon, the bundles with one or two foldable solar panels are discounted as well with the same coupon code. The Mars 1000 unit with one solar panel drops from $1,168 to $887, and the unit with two solar panels drops from $1,437 to $1,074.

And trust me: adding in those folding solar panels makes for an even more useful package.

As far as portable power stations go, this one offers some excellent bang for your buck compared to the bigger names in the industry that carry correspondingly bigger price tags. It’s a real winner in my book.